When Ghalib Too Was Locked Down and Missed His Favourite Tipple

While Ghalib eventually gave up most of his vices and luxuries from the early phases of his life, his regular evening drink stayed with him till the very end. 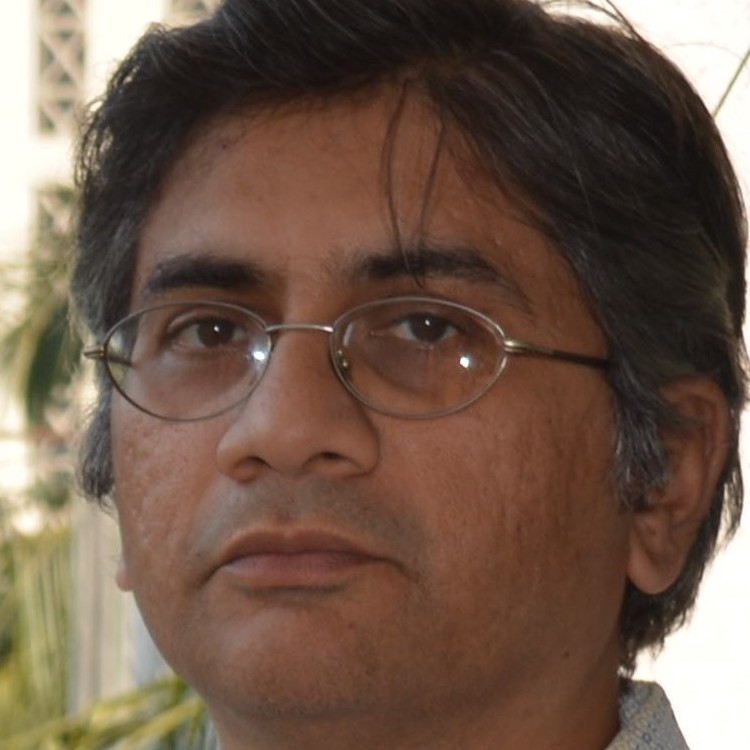 As the country slowly emerges from a series of lockdowns and closures, and retail shops gradually open up, perhaps the one commodity which has been welcomed with the most enthusiasm is alcohol.

For a majority of Indian tipplers, alcohol is a ‘buy-to-drink’ product, bought with ready cash and consumed immediately. They could seldom afford to stock up on bottles of whiskey and rum. What has it been like for them to endure seven weeks without their favourite tipple?

Perhaps the experiences of the poet Ghalib could enlighten us on this account. Hailing from a noble family settled in Agra and married as a child into the ruling family of Loharu, now in Rajasthan, Nawwab Asadullah Khan Bahadur, more generally known by his takhallus or pen-name Ghalib, had been brought up with the expectations of leading a life of luxury without having to resort to regular work from which an income could be expected.

Not surprisingly, even by his twenties, Ghalib led a rather dissolute existence in which alcohol played a prominent part. He eventually gave up most of his vices and luxuries from that phase of his life but his regular evening drink stayed with him till the very end. Though he liked “French”, a term he used for red wine, he preferred Old Tom, a variety of British gin, which was distilled in small batches. As the alcohol was rather rough, it was sweetened before it was bottled and therefore perhaps appealed to the Indian palate.

The year is 1857. Ghalib was to turn sixty later that year, an age which very few then could hope to reach, in an era of high mortality and short lifespans. His literary career was behind him. He had long given up the vocation of poetry, in both Persian and Urdu, complaining that the muse had left him many years ago. He was however much in demand as an ustad, an expert who could shepherd his shagird (protégé) through the treacherous technicalities of Urdu prosody. His extravagant lifestyle could never be supported by his meagre income from a pension from the East India Company.

But things had begun to look up. Not only did he have a small income from the Mughal court, he was now getting a monthly stipend from the Nawab of Rampur who had become his shagird. Ghalib could now hope to live his remaining years in peace, sipping his favourite Old Tom gin flavoured with rose water, and occasionally dip into a bowl of salted almonds, as he read his voluminous correspondence from all corners of India. But history had other plans for him.

Also read: On Ghalib’s 150th Death Anniversary, a Visit to His Apartment in Kolkata

On May 11, 1857, the rebel sepoys of the East India Company stormed into Delhi from Meerut and let loose mayhem, killing and looting indiscriminately. The Mughal ruler, Bahadur Shah Zafar, an emperor only in name, was coerced to become their titular head. It was not just Europeans who were shot at sight but Indians, who were suspected of not being sympathetic to their cause, were equally at risk.

Ghalib, who was the emperor’s ustad in Urdu poetry was in a perilous position himself; as a pensioner of the East India Company and as a courtier in the Mughal court, his loyalties could be questioned by both sides. Never one to stick his neck out, he decided to withdraw into his haveli at Billimaron ka Mohalla (now Ballimaran), just off Chandni Chowk. The ‘Europe’ shops, which stocked goods imported from Europe, were however still functioning and their stocks of alcohol would have kept Ghalib in fine fettle for the initial few months.

British forces, camped outside the city, reconquered Delhi in September 1857 and unleashed a vengeful reign of terror of their own, hanging and shooting suspects and collaborators after mock trials. Large parts of Shahjahanabad (the old fort city of Delhi) were demolished so that British cannons could get a clear line of fire. Practically the entire population was expelled from the city and had to move into villages near the city. All economic activity within Delhi ceased as houses were ransacked, shops were looted, libraries were burnt, and all records destroyed. As the British troops had been deprived of their drink rations during the siege of Delhi, they went on a binge once the city was taken. The situation could be reined in only after the commanding officer issued orders to destroy the entire stock of alcohol in Delhi, a decision which must have been universally regretted by officers and soldiers alike.

Practically every Muslim was under suspicion of having connived with the rebels. In October 1857, British troops forcibly entered Ghalib’s neighbourhood and rounded up all the men to be presented before Colonel Burn, the military governor of Delhi. On the way, he was asked by the sergeant if he was a Musalman. Ghalib replied: “Just half.” “Why would you say that?” asked the sergeant. “I drink alcohol but I do not consume pork; that makes me a half a Muslim,” clarified Ghalib.

Needless to add, there was laughter all around and this has since become a legendary story. It so happened that when Ghalib was eventually questioned by Colonel Burn, a European acquaintance of Ghalib was present and vouched for him. This led to his release and the British did not bother him thereafter.

Ghalib’s economic situation was parlous but he still hunkered down at his home. By December 1857, when postal services were restored, Ghalib was at his wit’s end. All his sources of income had disappeared and he was deeply indebted. His pension from the East India Company had been suspended while his stipend from Rampur could not be delivered. Many of his friends and acquaintances had died miserable deaths; some were behind bars and yet others in exile. It was difficult to venture out to get drinking water and food; alcohol was out of the question.

However, Ghalib was not without succour. He had a few Hindu friends who were still in Delhi and willing to help him. As Ghalib notes in the Persian memoirs written during his self-imposed captivity (titled Dastanbu and published at Agra in November 1858):

“I have always been in the habit of drinking only foreign liquor at night; if I could not get it, I would not be able to sleep. In these days, while English liquor has become prohibitively expensive, I have become completely destitute. If it had not been for the godly and generous Mahesh Das, who presented me with desi sharab (local alcohol) which was equal to the foreign stuff in colour and had a better fragrance with which to quench the fires in my heart, I might have died of an all-consuming thirst.”

Towards the end of 1858, Delhi was slowly limping back to a new normal; the shops were being restocked and customers were coming back. However, the prices of alcohol had shot up many times. On December 19, 1858, we find Ghalib writing to his young friend Babu Hargobind Sahay at Kanpur:

“It has been a while since I have written a letter to you; do reply to this one and do it quick. … I used to drink two varieties of English alcohol: one Castelline and the other Old Tom. A dozen [bottles] of each could be purchased at twenty rupees, at the most twenty-four rupees. Now you can hardly spot them in the shops here, and if they are available, they sell at fifty to sixty rupees a dozen. Can you check the price there and also if they can be sent by the dawk? If they are available at a reasonable price, and if they can be sent here, I will send you the money by hundi and you may buy them and dispatch them by bullock-cart dawk. I really suffer during the winters as I do not drink the desi sharab; it troubles me a lot and I hate it.”

Sahay, who was one of Ghalib’s students, promptly replied with the bad news that the price was the same at Kanpur. That put paid to Ghalib’s plans to get foreign-brewed alcohol. Ghalib had to make do with sharab-e-khanasaz, that is, homemade liquor.

Ghalib was neither coy nor apologetic about his drinking habit. He openly declared that “I am only half a Musalman and do not observe any religious injunctions; as for infamy and slander, I couldn’t care less.” In later years, Ghalib could probably again purchase Old Tom gin, a variety which is now available in India. Perhaps a few of those who throng the shops, and who may not know that others faced the same predicament over 160 years ago, will raise a toast to Ghalib.

Murali Ranganathan is a writer and historian researching the nineteenth century with a special focus on print history and culture.