From 'Shikara' to Shaheen Bagh: A Shared Tale of Pain and Longing

These two politico-aesthetic experiences strike at the heart of the violence at play today and offer hope.

A still from 'Shikara' (centre), and right and left, scenes from the protests at Shaheen Bagh. Photos: PTI, official poster

I am not a Kashmiri Pandit, nor am I a Muslim.

Yet, as I like to believe, what makes us truly humane is our ability to transcend the constraints of limiting boundaries, activate the therapeutic power of empathy, and understand the shared tales of hope and betrayal, pain and longing, and aspirations and struggles. Hence, I understand what it means to be a Muslim at a time when the dominant discourse of majoritarian Hindu nationalism aims at humiliating and stigmatising the minorities.

With their psychic and existential pain, I too find myself wounded. And this is precisely the reason why every story of pain and humiliation experienced by displaced Kashmiri Pandits also bothers me.

In fact, an awareness of pain and the resultant quest for collective healing takes us beyond the politics of the blame game and the psychology of revenge.

In recent times, I have passed through this process of inner churning through two politico-aesthetic experiences – watching Shikara, a film based on the traumatic exodus of the Kashmiri Pandits from the Valley; and my constant contemplation of Shaheen Bagh as a site of the art of resistance against the discriminatory character of the Citizen Amendment Act (CAA), 2019.

Shikara: The healing power of love

I cannot deny that I was initially skeptical about Vidhu Vinod Chopra’s Shikara.

I thought that there must be some communal motive – a Hindutva device – lurking beneath the making of the film. I asked myself: at a time when the reading down of Article 370 and the suspension of the basic rights of ordinary Kashmiri people have damaged the self-perception of India as a secular nation, is a film on the mass exodus of Kashmiri Pandits  some sort of a balancing act?

Is it an attempt to convey a message that Kashmiri Muslims deserve this onslaught as they were not kind enough to their Hindu neighbours? Is it yet another effort to spread the poison of Islamophobia?

Yet, I sought to unlearn my preconceived notions. I decided not to read any review of the film before watching it.

As I was free from the burden of playing the role of a film historian or a critic, my heart communicated with my intellect, and my political sociology did not prevent me from being emotively touched by the poetry of pain, longing and love that Chopra offers as a sensitive filmmaker.

Well, it is possible to say that Chopra could not capture the rigour of a complex and multi-layered socio-political history that has caused such discontent among the Muslim community in Kashmir, led to the rise of militant, extremist politics, and disrupted the possibility of the two communities living in peaceful co-existence. 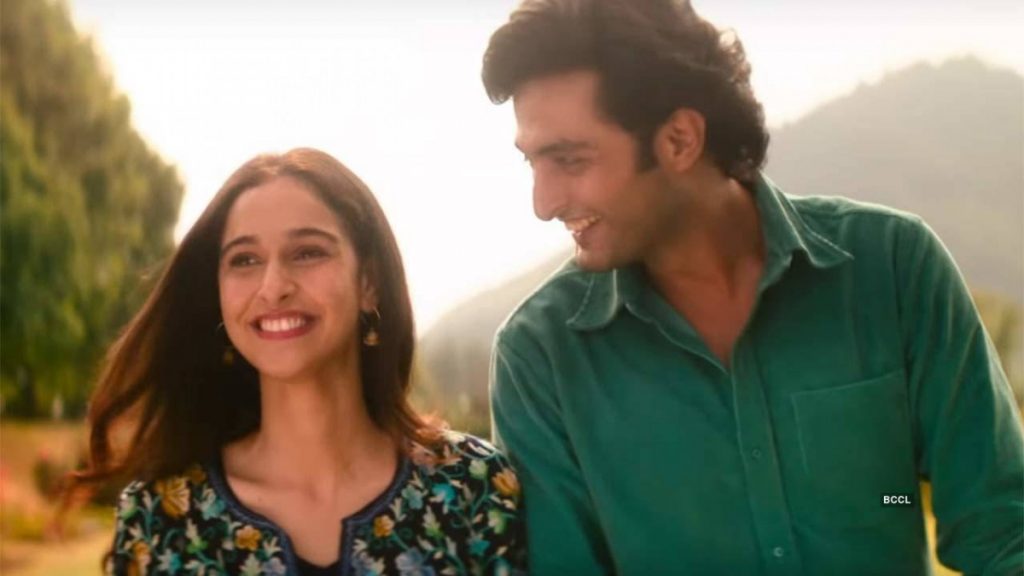 A still from ‘Shikara’.

It is also possible to argue that Chopra has escaped the grasp of  difficult political questions and that his poetic dream of human goodness even amid darkness transforms the film into yet another love story. I know that he runs the risk of being condemned by angry Kashmiri Pandits as well as Kashmiri Muslims.

He may be accused of trivialising the harshness of politics through a romantic tale.

However, these limitations notwithstanding, Shikara, I must say, has sensitised me, softened my soul. As I came out of the theatre, I felt a heaviness in my heart.

It was therapeutic to realise that my tears had not dried up, and I realised once again the hollowness of the politics of the blame game. I felt the power of love without which it is impossible to heal the wound caused by the violence of extremism, identity-based communal politics, militarism and majoritarian nationalism.

Through the eyes of Shanti (an impressive performance by Sadia), I saw the Valley – I felt its metamorphosis from the rhythm of simplicity and togetherness in an amazingly beautiful landscape to the heart-breaking noise of bombs and guns. I felt the psychology of fear; I felt the pain of the loss of cultural  syncretism (in fact, her wedding ceremony reveals the naturalness of this cultural fusion). Her feminine grace and soul-force gives her husband, Shiv (Aadil Khan), the strength to retain his poetic self, or his ability to retain his dream of peace and longing for the lost home.

Their journey to the refugee camp in Jammu reminded me of Saadat Hasan Manto’s stories. One understood the meaning of the breakdown of trust, the psychic trauma of homelessness, and the pain of being transformed from a human soul to a faceless or abstract category in the official register. I heard the cry of all refugees, irrespective of colour, race and religion.

And the characterisation of Latif (Zain Durrani) – Shiv’s friend – made me see an ‘extremist’ not as a demon, but as a tormented human being with love and longing,   broken dreams and misdirected anger.

It is the  loss of his father – a political leader killed by the police – that changes the life-trajectory of this vibrant young cricketer. He becomes an ‘extremist’. The violent politics of revenge rooted in a Hindu-Muslim binary becomes his new mantra. Yet, Chopra makes it possible for us to see him not merely through the eyes of the Indian Army. We feel his human vulnerability.

Never does he forget Shiv and Shanti. In fact, as you watch Latif’s last moments of confinement, and his smiling face as the army official brings Shiv near him with a motive of getting some information, you cannot hate Latif – you only understand how a sick society with its divisive politics causes this tragedy.

Violence, bloodshed, loss of home, everyday struggle: amid the misery of the displaced Kashmiri Pandits, Shiv and Shanti continue to live with pain and longing. Time passes, and then, following a tragedy, Shiv is left alone to face the world. It is the ecstasy of the relationship he had with Shanti that enables Shiv to give a new meaning to his loss – he decides to return to his ancestral home in the Valley.

No, the film does not prescribe the logic of counter-violence; there is no attempt to combat one sort of communalism through another.

Instead, Shikara – Chopra’s gift of love – celebrates the poetry of life. 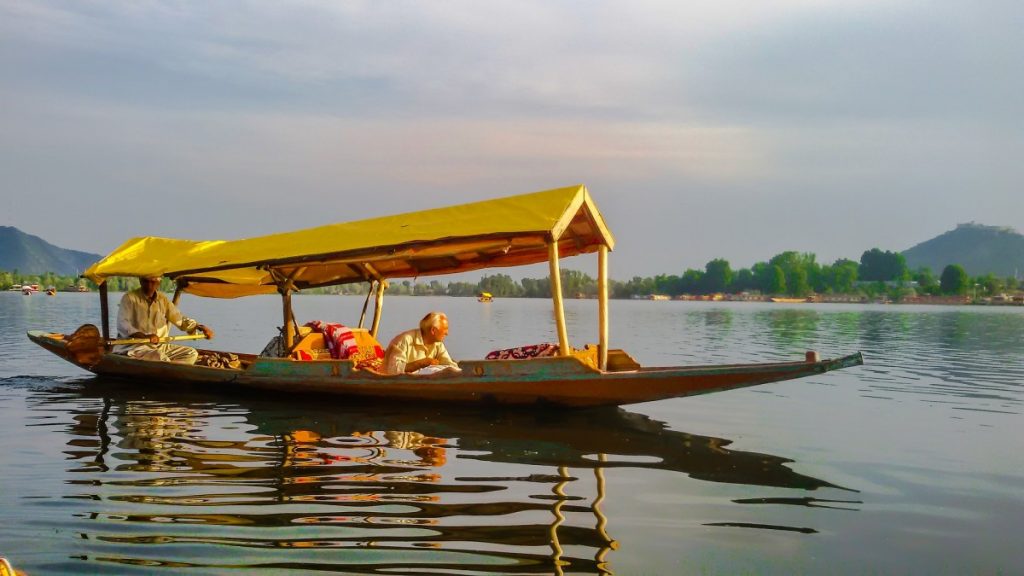 A shikara on the Dal Lake in Srinagar. Photo: Mohd Rashid/Pixabay

It makes the final merger possible: Shiv at his village in Kashmir is invoking Shanti as he teaches Muslim children with a heightened ethic of care. Well, in this ‘utopian’ project, the cynic might say, lies Chopra’s hidden agenda: an attempt to portray the moral superiority of Kashmiri Pandits.

However, I draw my own lesson: there is no militaristic solution to the Kashmir crisis; it is only the art of relatedness that heals.

Shaheen Bagh: The aesthetics of resistance

And then there is Shaheen Bagh, a remarkable site of hope and protest, endurance and determination.

My ascriptive ‘Hindu’ identity has never acted as a stumbling block, and as I visit this ghettoised locality, I see something beyond the ‘identity markers’ of Muslim women. In fact, I have felt the hidden power of femininity that Mohandas Karamchand Gandhi, I assume, understood pretty well, and activated to nurture the ‘soul force’ of satyagraha to resist the ‘brute force’ of colonial power.

It is not surprising, then, that the mighty state, despite its highly aggressive propaganda machinery, has not succeeded in demotivating and demoralising the dadis of Shaheen Bagh. In a way, in this art of resistance against the explicitly discriminatory character of the CAA, I see the return of the lost dream – a vision of India refreshingly different from the aggression of toxic nationalism, or what the brigade of hyper-masculine ‘soldiers’ of the reified Bharat Mata regard as Hindu rashtra.

I see fearlessness: a notion of courage and bravery nurtured by ahimsa, endurance and moral conviction.

With the iconography of Gandhi and Ambedkar, Bhagat Singh and Maulana Azad, its enchanting aesthetics reminds us of our constitutional values: the ideals of lyrical unity amid plurality and heterogeneity, and equity, dignity and justice. Possibly, the continual recurrence of the symbolism of the national flag or the National Anthem (even though at times it looks like a compulsive performance) is an attempt to rescue the nation from its self-proclaimed champions known for castigating all dissenters as ‘anti-national’. 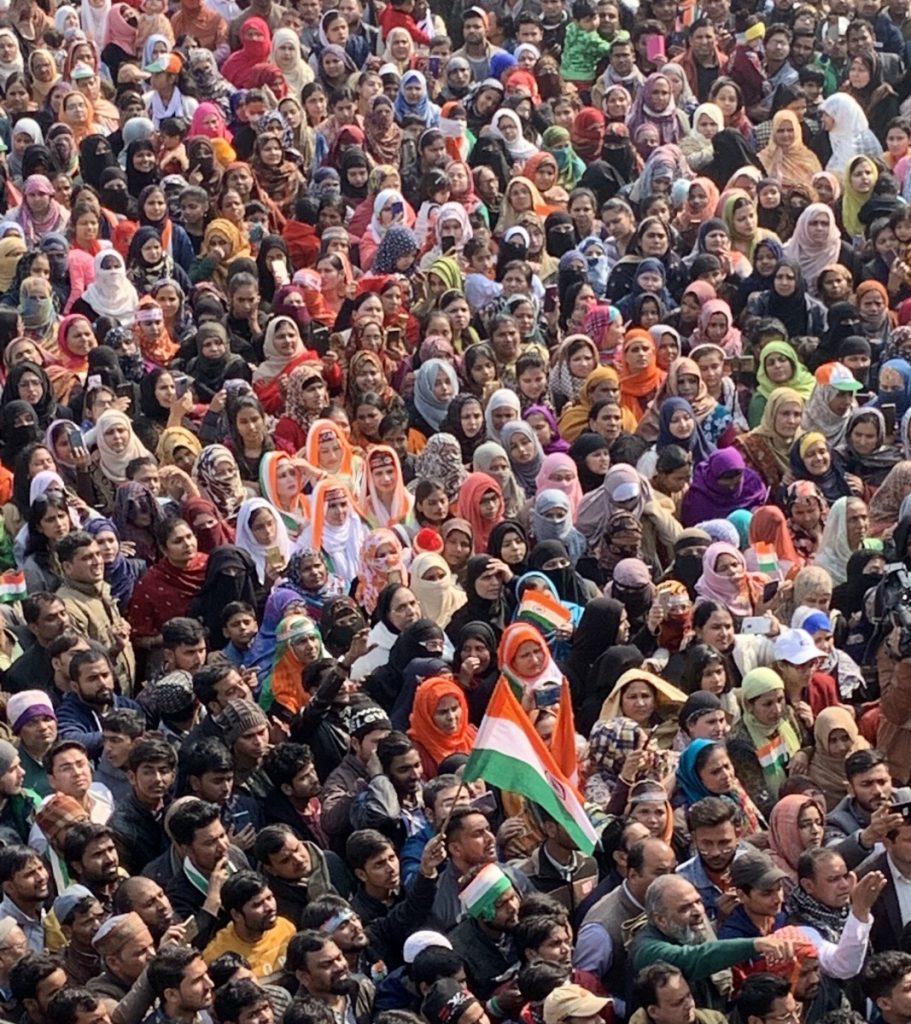 And with my ‘utopian’ longing for a collective struggle against everything that separates and brutalises us, I wish to believe that the likes of Shanti and Shiv – the displaced and homeless Kashmiri Pandit couple portrayed in Shikara – must have joined the women of Shaheen Bagh.

It is the same longing that is experienced – the longing for the home one belongs to. And it is the same fear that is experienced – the fear of being thrown out, and losing what a home means, namely love, dignity, participation and togetherness. The fact that Shiv and Shanti could feel the wound of the divisive politics that traumatised Kashmir is the reason why they would understand the pain and apprehension of the protesters at Shaheen Bagh.

And collectively they would tell us that India is possible only when we overcome all sorts of extremism or communalisation of consciousness.

In my inclusive inner world, Shikara and Shaheen Bagh have merged.

Avijit Pathak is Professor of Sociology at JNU.