The late former president's religion, though important, is only one among many factors that define him.

The then Indian president A.P.J. Abdul Kalam speaks during a function at the research and diagnostic centre for mentally challenged children in Kolkata May 17, 2007. Photo: Reuters/Jayanta Shaw/Files

It only cost Rs 200, said Ashok Kumar, pointing to the framed photo of A.P.J. Abdul Kalam.

Ashok Kumar was proud that he was able to get hold of it. It had been the last such photo available at the nearby shop. All others had been sold out on Kalam’s death anniversary, July 27. That evening, Ashok Kumar and fellow members of the Puzhuthivakkam neighbourhood association garlanded the photo at a street corner and distributed peanut candy to children.

Predominantly Hindu, with the occasional Muslim and Christian families, Puzhuthivakkam is like any other middle-class neighbourhood in Chennai. Its residents recently came together to form an association so they could get garbage cleared, trees planted, and underground sewage work completed in their neighbourhood. 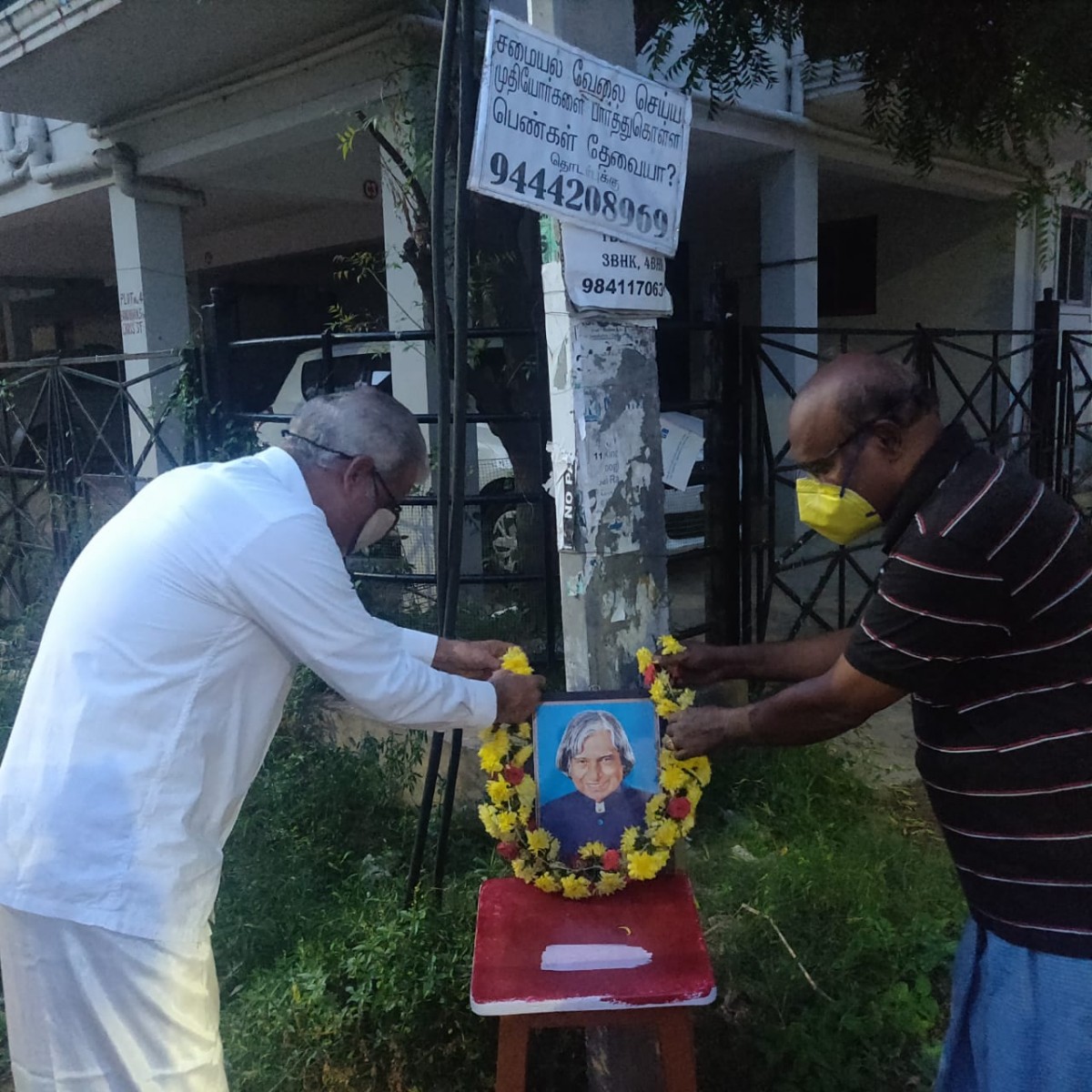 Located just off the techie area in Chennai, Puzhuthivakkam witnessed a housing boom a few years ago. Chennai Corporation has been collecting sewage tax from the residents and has laid the underground sewage system but has not connected the apartment buildings to the system. No Corporation water comes to the apartments that rely almost wholly on tanker water since the marshy area has poor groundwater resources. Water and sewage are priorities for the newly formed Puzhuthivakkam residents association that calls itself the Dr APJ Welfare Association.

Puzhuthivakkam is only one among hundreds if not thousands of neighbourhoods that associate with Abdul Kalam whose appeal and popularity runs through the state of Tamil Nadu. In Rameswaram, where Kalam was born and raised, the Kalam memorial was lit up on the evening of July 27. The Rameswaram memorial is more a recognition of Kalam’s national stature than local roots, says Mario Johnson, a fishermen leader of nearby village, Villoonritheertham.

In the island, Kalam is respected as a sincere and well-meaning person who rose from humble origins and stayed humble, but there is little else to him, says a peeved Johnson. Kalam’s family may have been Maracair – the fishermen caste in the Muslim community – but he took no particular interest in the welfare of fishermen, he says. Johnson explains Maracair is a corruption of Mara-Kalathavar – those who have boats made of wood – but he campaigned for the Koodangulam nuclear power plant that was fiercely opposed by fishermen in the region. 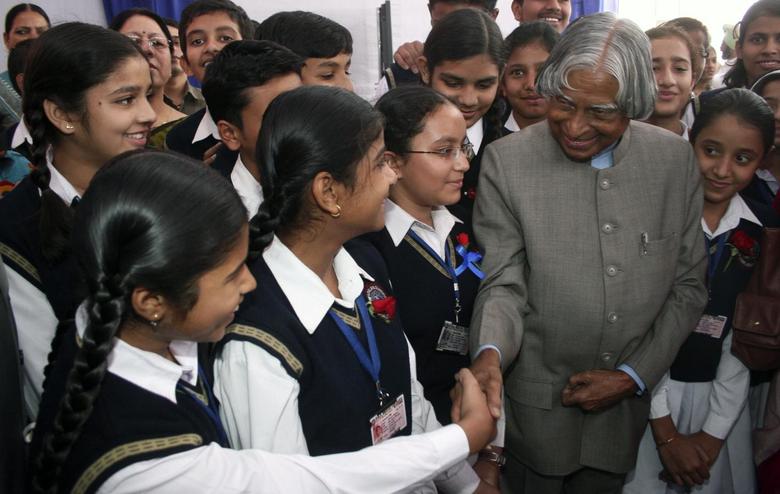 Outside Tamil Nadu, Abdul Kalam served the BJP’s politics by symbolising what Muslims needed to be to become a model minority. Within the state, where Dravidian politics has long subsumed Muslims under the Tamil tag, Abdul Kalam has become a symbol of good Samaritan service.

In Tamil Nadu, Kalam’s simplicity is appreciated, his naïve image lauded, and his concern for the youth is found genuine. His invoking of Thirukkural verses in speeches had made Tamils proud of him. The son of the soil had stayed rooted, they had felt when he was alive.

Kalam today stands as a sharp contrast to the polarising political figures familiar to Tamil Nadu voters. His religion, though important, is only one among many factors that define him. When he died, Tamils in Chennai slums put up posters paying homage.

After his death, Kalam has become a visible presence across the state. Signboards proclaim the existence of Abdul Kalam associations including in small towns and villages. Abdul Kalam centres conduct free tuitions for poor school children.  Village youth seeking to clear river banks of wild vegetation form Abdul Kalam associations. The name stands for not just apolitical, non-controversial action but is often also a subtle reference to the association’s multi-religious or multi-caste nature. The Abdul Kalam tag is often an indication that members of more than one community have come together for a common, secular purpose in that village or town.

Also read: Kalam the President Went Where His Conscience Took Him

In Rameswaram, local leaders of all the political parties visited his memorial to pay homage to Kalam on July 27. They couldn’t miss the opportunity to associate themselves with him. It was easy for all of them to find common cause with his pet themes.

A Tamil Muslim who spent his formative years deep in Tamil country, Abdul Kalam was yet able to seamlessly move to the national scene, even navigate Delhi politics. In many ways, therefore, Kalam upends the Dravidian narrative. Yet, his personality and ideas don’t allow any one party to quickly co-opt him, certainly not in Tamil Nadu at least.

M. Kalyanaraman is a print and broadcast journalist based in Chennai.