Film Censorship is So Outdated

Many artists have now incorporated moving images in their works in one way or another. None of these go to the CBFC for certification. 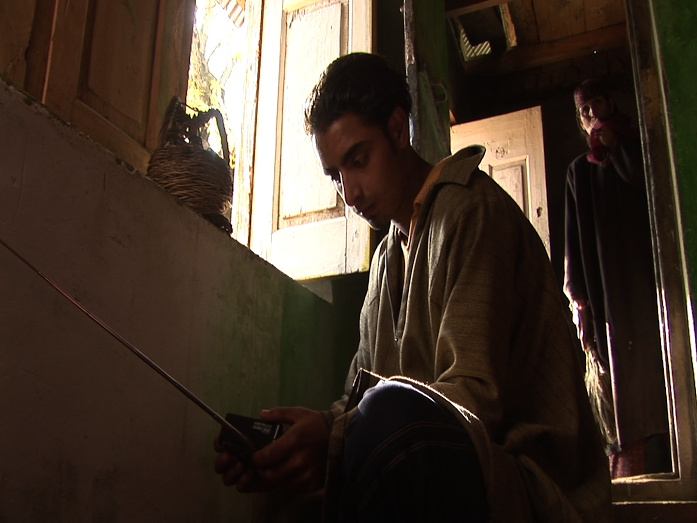 In May this year, Justice Rajiv Shakhder of the Delhi High Court ordered the Central Board of Film Certification (CBFC) to issue a “U” Certificate to my documentary, The Textures of Loss, without any cuts. This was in response to my petition that in asking for the two cuts, the CBFC, and the appellate body Film Certification Appellate Tribunal (FCAT), had interfered with my right to free speech beyond the ‘reasonable restrictions’ listed in Article 19(2) of the Constitution.

Mine was a small film dealing with loss and suffering in the Kashmir valley and was by no means a threat to the state or to the armed forces as claimed by FCAT. But then the CBFC and FCAT regularly treat documentaries with contempt.

The documentary is neither associated with large corporate houses like media channels are, nor with name and money like the commercial film industry is. It is a small cottage industry that exists on the periphery of mainstream cinema and chronicles that which is often ignored by others.

Ironically, the documentary does not even have the kind of viewership which could be a threat to state or society. Which is why the savagery with which the CBFC hounds documentaries cannot be seen as anything but perverse. Perhaps it is because the unknown documentarist dares to occasionally challenge mainstream perceptions that poses a threat to the narrow mindedness of the CBFC and FCAT bureaucrats.

But this small, relatively benign documentary of mine has taken up over 24 working hours of the higher judiciary, hundreds of hours of legal research and lakhs of rupees of public money paid by the state to its legal team (mine was pro-bono) to get the court order. Ironically the desire to stop the viewing of the two ‘cuts’ turned out to be completely counter-productive when an online portal decided to post the ‘censored’ clips of my documentary alongside an interview with me. Last time I checked, the clips had over 58,000 hits. This means 58,000 people had seen the banned clips of my film online – without the so-called ‘redeeming’ structure of the rest of the film whereas I would have considered myself lucky if over the next ten years, the total viewership for the completed film reached 10,000.

Pointless getting a censor certificate

As part of a trilogy of films on conflict that I have just finished, the first one, ‘Manipur Song’ is not yet censored. Like many other documentary filmmakers I refused to waste my time trying to get film certification for it since it was a scathing critique of the Indian state’s policy towards Manipur and would not have got a certificate easily. Yet the film was picked up by NDTV for its documentary section and a shorter, more critical version was repeatedly telecast without a censorship certificate. A longer version of the film was telecast by the channel NDTV Profit no less than four times.

If I had applied for a censorship certificate I would have been refused on the grounds that the film would provoke violence and encourage militancy – even if the number of people who saw it was in the hundreds. But millions saw it on television over two years and there’s been not a single untoward incident on account of the film. Nor has it affected the morale of the para-military forces in the North East. They probably have not even seen the film. So, on what does the CBFC base its decisions to impose stringent controls? Films on communal violence are routinely stopped by the CBFC on the ground that these could end up being inflammatory. This happened to Deepa Dhanraj’s film on the Hyderabad riots in 1984-85, to Rakesh Sharma’s film on the Gujarat riots in 2004-05 and Shubhradeep Chakravorty’s film on the Muzaffarnagar riots made last year. The first two won their battle with the censor board and have screened extensively in the country and abroad since. There has not been one incident of violence that can be attributed to the screening of their films so far.

Over the years there has been sharp criticism the world over, including in India, of Sri Lanka’s treatment of its ethnic minorities. We have seen films on BBC World, and also exhaustive footage and coverage of events of 2008-09. Yet the film ‘Porkalathil Oru Poo’ made by K. Ganeshan, based on the real life story of a Sri Lankan Tamil television journalist Isaipriya, who was allegedly abducted and killed in captivity by the Sri Lankan armed forces in 2009 has been denied a censorship certificate by the CBFC. The grounds for denial are that it criticizes a friendly country and therefore falls within the ‘reasonable restrictions’ on free speech.  Does this mean that no Indian film can be made that criticizes a foreign country? The list of ‘enemy countries’ has dwindled today and even Pakistan, China and Israel are on the friendly country list. This amounts to free speech becoming a function of current state foreign policy, which is absurd.

Many artists have now incorporated moving images in their works in one way or another. None of these go to the CBFC for certification. Similarly corporate films screened at institutions like the India International Centre or The India Habitat Centre are not exempt from the censorship procedure. Nor are marriage videos or institutional films. However all screenings of moving images without a certification are illegal because the Cinematographic Act does not make a distinction between one moving image and another – between one audience and another – between private and public screening. So should the police spend its time sealing institutions like the NGMA and IIC, arresting their Directors and sending artists and marriage video makers to jail?

The Cinematographic Act governs the certification and circulation of films. It states categorically that no restriction can be imposed on cinema that is beyond the ‘Reasonable Restrictions’ imposed on free speech as specified in Article 19(2) of the Indian Constitution. Yet, no member of the CBFC is aware of or is informed about this over-arching restriction. The Supreme Court as well as various High Courts have repeatedly intervened and asked the CBFC and other censoring authorities to restrict free speech as little as possible but this is regularly ignored both in letter and spirit by members of the CBFC who feel they are above reproach and judicial scrutiny.  This results in filmmakers having to seek relief in courts – which ends up being an unnecessary waste of financial and judicial resources.

When film was in its relative infancy, more than seventy years ago, it sometimes evoked fear and awe. It was the first really mass medium the world had seen and the possibility of raw emotions triggering uncontrollable ‘urges’ led the world to impose more restrictions on film than on any other medium.  But we were, the world was, a far more conservative and different place then than it is today. Film censorship has already disappeared in most western countries. In India too, attitudes towards sex, marriage and interpersonal relationships have changed. Illusions about politics and politicians lie shattered and there is more willingness to look at, and to explore ideas. This does not mean the world has necessarily become a better place to live in – just that we are no longer as scared of what we see as we once were.

Uploaded sequences have millions of hits before any authority figure can even think of intervening. How then can anyone even hope to monitor or control such a flow or to argue that one thing, more than another, will shape the mind? Besides, our understanding of the relationship between spectator and image is a far more complex one than earlier theories led us to believe. How then can one justify the certitude upon which the edifice of paternalistic censorship is built?

Yet the desire to control only grows. The current chief of the CBFC realizes that it is unfair to only control film while leaving television or the Net out of the ambit. Yet his solution is not to lessen control on film but to extend it to all electronic media. So what we have on hand is a major anachronism – in which on the one hand ideas and technology are changing at a pace that defies control and on the other a small group of narrow minded individuals feel the world has not seen enough of their wisdom and that the time has finally arrived for them to see if they can use the power of the state to impose it on us.