He also criticised people who had "made statements contrary to the faith, limiting the education of the girl child, forcing a glass ceiling on the role women play in society" 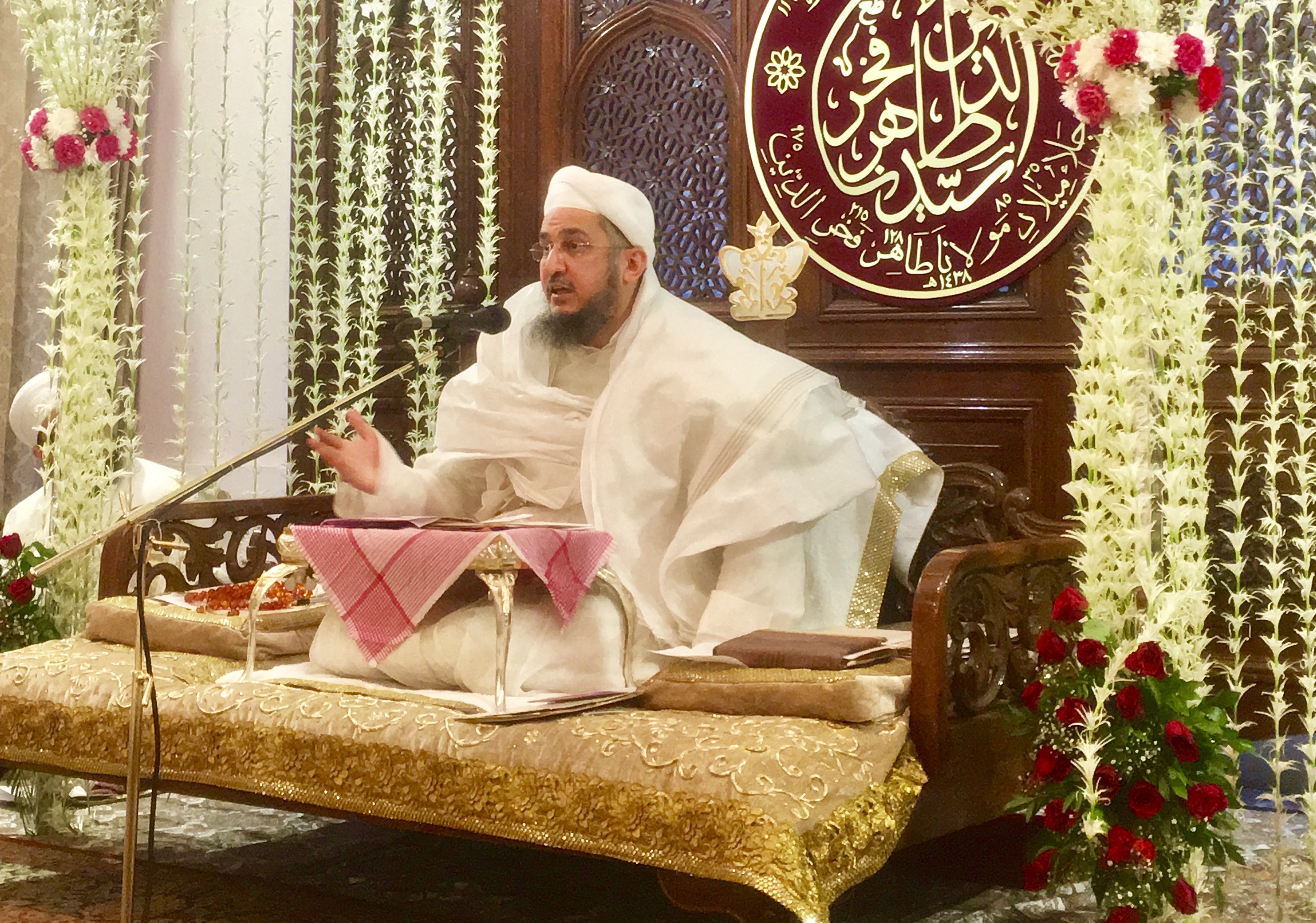 Syedna Fakhruddin, who spoke out against FGM. Credit: Office of Syedna Taher Fakhruddin

Women of the breakaway Dawoodi Bohra sect, fighting against the practice of female genital mutilation (FGM), finally have a breakthrough on their hands. For the first time, the United Nations has included India in its list of countries practising FGM. The mention is in its annual statement on the practice, released in the context of the Zero Tolerance to FGM Day observed by the UN and its agencies every year on February 6.

FGM involves cutting a part of the outer genitalia of the female child in a ritual between the ages of 0 and 15 but typically when she turns seven.

Another development was in the form of a statement from one of the leaders of the breakaway community, Syedna Fakhruddin, condemning the practice perpetrated on minors and calling it “un-Islamic and horrific”. He made the statement in response to questions from The Wire.

He also criticised misguided proclamations by those “who have usurped control of the community”, saying that “they have made statements contrary to the faith, limiting the education of the girl child, forcing a glass ceiling on the role women play in society and undermining the position women have in a marriage.”

On female circumcision, or khafz as the Syedna calls it, he said that a group of women recently brought to his notice the trauma that female children undergo when the practice is carried out in an irregular and improper fashion, as it has been for many years.

There have been no statements on khafz from any other sect leaders thus far, so Syedna Fakhruddin is the first among his peers to break the silence on this practice. It is prevalent among members of the Ismaili Shia sects, primarily the Dawoodi, Sulaimani and Alvi Bohras. Of these, the Dawoodi Bohra are the biggest in size with followers from around the world, and a section of which is led by Syedna Fakhruddin.

He further said, “In view of the trauma that many girls undergo and in keeping with the law of the land, khafz should be allowed only after they attain legal adulthood, after which they are free to make their individual decision – whether to do the religiously and medically sanctioned CDH or CHR procedures or not.” The terms stand for clitoral de-hooding and clitoral hood reduction, respectively.

He also sought to distinguish between FGM and khafz, justifying the latter while categorically condemning the former as un-Islamic and horrific. Asked about the difference, the Syedna’s brother Abdeali explained that khafz is the same as CDH/CHR, in turn both cosmetic procedures that people have been able to adopt around the world to enhance their sexual experience. “Khafz also is meant to enhance the woman’s experience rather than to suppress her in any way,” he said. It wasn’t immediately clear, however, if Abdeali and the Syedna were aware of the World Health Organisation’s definition of FGM, one class of which could include their description of khafz.

Asked if the matter of FGM had ever been discussed by the previous Syednas, he said that the late Syedna Taher Saifuddin Saheb had, in the early 1900s and cognisant of the law of the land and the needs of modern society, made some clarifications. For instance, he gave instructions to the community that marriage should be conducted only after legal adulthood even though the faith sanctioned marriages after physical maturity of the girl. The spirit of these instructions has been incorporated in different matters and would continue, he said, referring to his views on khafz.

Masooma Ranalvi, an activist and the convenor of Speak Out Against FGM, welcomed the Syedna’s statement specifically denouncing the practice of FGM on minor girls. She said that FGM was not an acceptable practice either in childhood or adulthood. “What is the guarantee that women will be able to exercise choice when they are adults? Only a complete ban can help women, or coercion from families and society will ensure the practice is continued,” she said, citing the example of female foeticide.

Ranalvi feels the Syedna’s statement could help end the cruel practice. “If it is un-Islamic, then who will compensate us for the trauma we suffered as children?” Until now, she has only been met with silence from the Dawoodi Bohra. She was also gladdened by the UN mentioning India as being one of the places in which FGM was practiced, and felt it would be a major step towards ending FGM by members of the Dawoodi, Sulaimani and Alvi Bohra sects.

In December 2016, two petitions on change.org – both addressed to the UN and drafted by Speak Out Against FGM and Sahiyo – were initiated urging the international body to take note of the fact that FGM was prevalent in some pockets of India. Speak Out also wrote open letters to the heads, or Syednas, of prominent Bohra sects asking them to ban the practice.

According to the WHO, 100-140 million girls and women in the world are estimated to have undergone such procedures while another three million are estimated to be at risk of undergoing them every year. FGM has been reported to be prevalent in the “western, eastern, and north-eastern regions of Africa, some countries in Asia and the Middle East, and among certain immigrant communities in North America and Europe”.

While the harm involved in the process is still being debated in India among community leaders, the UN has said that FGM is “known to be harmful to girls and women in many ways as it is painful and interferes with the natural functioning of the body, causing several immediate and long-term health consequences.” Moreover, according to studies sponsored by the UN, “babies born to women who have undergone FGM suffer a higher rate of neonatal death compared with babies born to women who have not undergone the procedure”.