The demolition drive that India is carrying out on its built legacy would result in an India shorn of its rich heritage in the years to come. 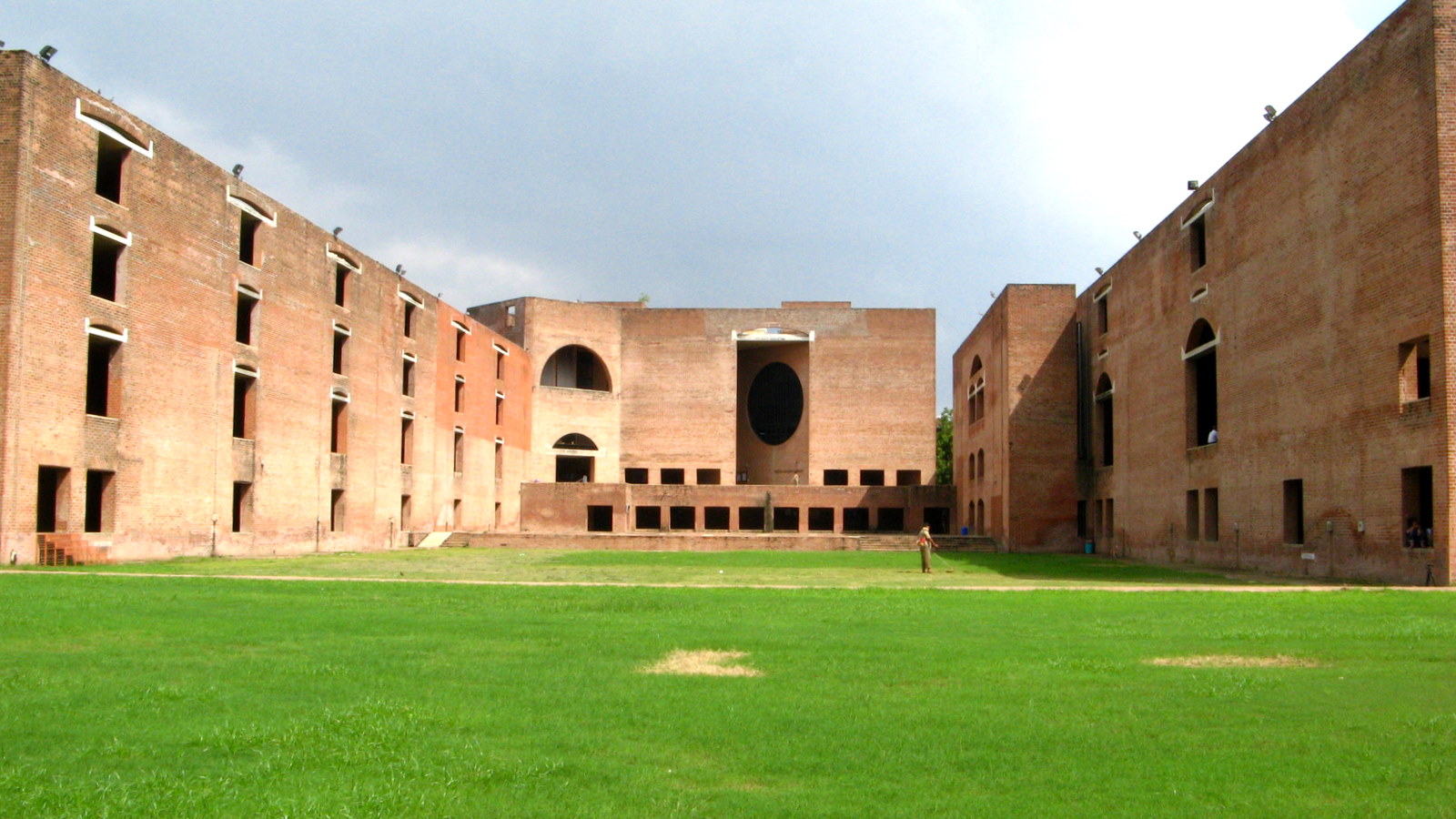 It is with shock that the architectural community of the country and the alumni of Indian Institute of Management Ahmedabad (IIMA) awoke recently to the news of the planned destruction of the dormitory buildings at the iconic campus designed by Louis Kahn, one of the world’s professed greats among architects of the past century.

Many will dismiss this as an esoteric concern of a few, given the very many “more serious” matters that have been confronting and threatening this nation in the past two years: from the seemingly endless assault of COVID-19 to the distress of farmers, the religion-based divide now apparent, and the numerous other issues that everyday threaten to derail us.

And, indeed, one may for sure form such an opinion given the scant regard this country has for its architectural wealth against the myriad crises that seem to overwhelm us all the time.

It remains a tragic dichotomy that two things mark modern India. On the one hand –  a relative abundance of very significant modern architecture, with many world greats having left their imprint in large public campuses all over the country – the French would probably kill to have as much Corbusier as we do in Chandigarh and Ahmedabad, the Americans to have the IIMA, the citizens of Miami to have a quarter of the Art Deco we have in South Bombay, and the English must weep when they realise that they left behind some of the best colonial architecture in Delhi’s Central Vista precinct. 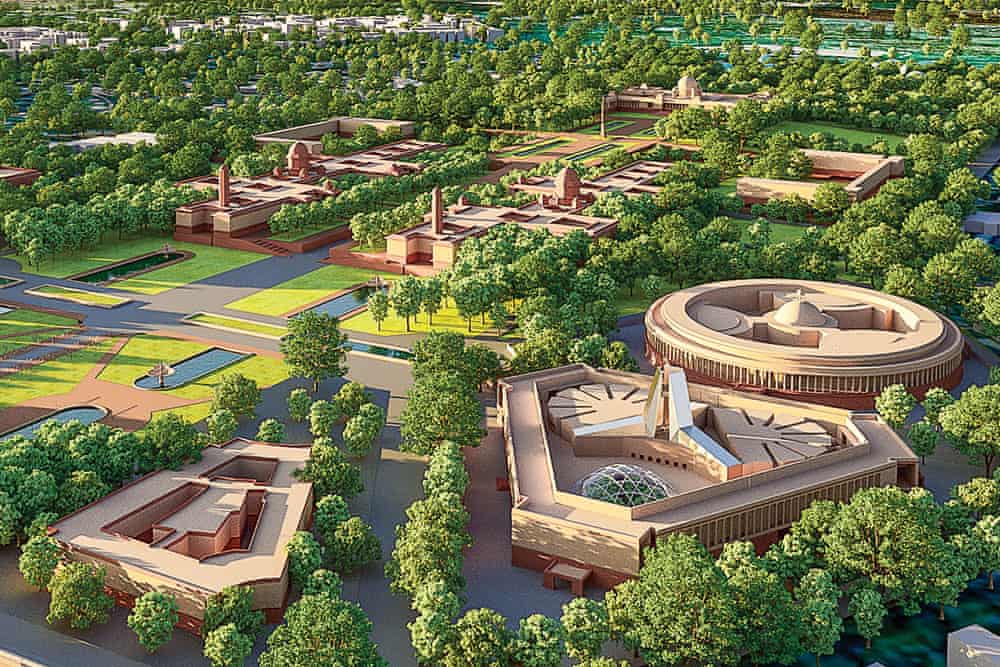 On the other hand, a remarkable lack of awareness of the average modern Indian citizen to matters of architecture, especially that of more recent history. This, however educated the modern Indian is in many other fields ranging from computer science or medicine to even the notions of democracy.

Our newspapers routinely carry critiques of literature, cinema, art, cuisine and fashion but the ‘mother of all arts’ strangely finds no space in public modern Indian discourse, as it does in even the dailies of other nations like the United Kingdom and France or even little Sri Lanka. Strangely, architecture indelibly and hugely affects the lives of each of us as occupants or users, and leaves behind the most lasting tangible imprint on our psyche through our physical and emotional environment.

To the average Indian, “architecture” as a term applies to only the fossilised monuments of the past: India justifiably being equally lucky in its ancient built riches from Harappa, Dholavira and Rakhigarhi through Sanchi, Konarak, Mahabalipuram and Srirangam to Mughal and colonial buildings of note.

That the average Indian, so aware of the continuum of her theatrical history – from Mrichhakatika to Girish Karnad’s Utsav, of her living musical history; from the Vedic hymns to Pandit Jasraj and Rashid Khan’s renditions, of their mathematical legacy; from the Shunya to S. Chandrashekhar, or her sometimes embellished scientific past – is so completely unaware of the continuum from Dholavira to Ellora to Jaisalmer and then to Corbusier, Kahn, Doshi and Correa is indeed an inexplicable tragedy of great proportions.

It leads to a lackadaisical approach that we display to our built environment, as manifest in the neglect that has led to the realities of most of India’s overgrown haphazard villages-turned cities today. Or, to the kitschy instinct that is leading to the new Andhra capital of Amaravathi –  a set for a Bahubali movie as some disparagingly refer to it. Or, the philistinism that led to the recent destruction and removal of the iconic Hall of Nations in Delhi’s Pragati Maidan – a seminal building which ranks in the top 100 of the world’s most significant buildings of the last century – a building moreover that combined a deep understanding and respect for Indian traditional architectural roots with the possibilities and constraints of contemporary material and modern form. Each one a loss of epic proportions!

The Hall of Nations before it was razed to ground. Photo: The Wire

Yet, if we wait any longer for awareness and involvement with our modern built legacy to grow, we may well wake up to an India shorn of its rich patrimony through witless initiatives of the nature of what is being contemplated at this alma mater of some of India’s acknowledged greatest contemporary organisational minds.

The red-brick campus with its assemblage of imposing buildings with geometric cut-outs, vast congregational spaces and lofty volumes – right through to the spartan residential dorms that have been likened to the monastic cells of Ajanta and Ellora built around interactive common spaces – is a majestic play of light and shade, mass and void, the built and the open. It displays the uncanny intuitive ability of a foreign mind to respond to India’s unique light, climate and social mores and thus remains a place of pilgrimage to architects and aesthetes from all over the world.

That the management of the IIMA plans to demolish the iconic dorms in the name of expansion and financial expedience is astonishing. This, especially given that the large campus has ample space for sensitively made additional buildings if needed, or that the institute has recently successfully restored and modernised a few buildings which went on to win a United Nations Educational, Scientific and Cultural Organisation (UNESCO) award for the restoration. Furthermore, IIMA is richly endowed with willing donors among its highly successful alumni spread worldwide. As a wag recently remarked, maybe the problem is just that the IIMA has too much money!

And, as evident in even other recent developments vis-à-vis change in the built environment – notions that we piously pay mere lip service to (increasingly post COVID) – be it the need to conserve energy embodied in existing buildings through adaptive reuse sensitively done, or of minimising pollution, or saving the environment through minimal new construction lie forgotten by the dusty wayside.

That too when experts with deep knowledge of the campus point out the innate flexibilities of Kahn’s buildings to be able to take repurposing to an extremely great degree – more than in many contemporary buildings. It looks like the agenda is to destroy for some as yet obscure reason, rather than to preserve & renew.

True of many other initiatives in the India of today, this gambit too seems to be marked by an absolute opacity and sudden shock: the lack of taking the community in the form of the alumni or faculty into confidence, of building a consensus through discussion, or accommodating diverse views, including inviting views of even architects of the same city, which houses India’s arguably foremost school of architecture and a large professional community of acknowledged excellence are all evident now that the alumni and architects have erupted in anguish.

The story further segues to post-facto justifications in the form of a 15-page letter by the director to the alumni – after starting the process of getting bids from architects to rebuild – as rumbles of discontent began to be heard: the usual top-down uncaring attitude that has led to the outcry now spreading internationally – manifest in letters of caution from heads of universities abroad and known international critics alike

The inevitable negative comments in esteemed international journals are rapidly assuming the proportions of a sad comment on how Vasudhaiva’s Kutumbakam now perceives this nation, and a sad augury of many more such thoughtless interventions now surely expected of us Indians.

Narayan Moorthy is an architect living and practising in New Delhi.