Debate: Hindi Is Already the National Language of India

I do not regard Hindi to be superior to other Indian languages, but it does serve as a link across the country. 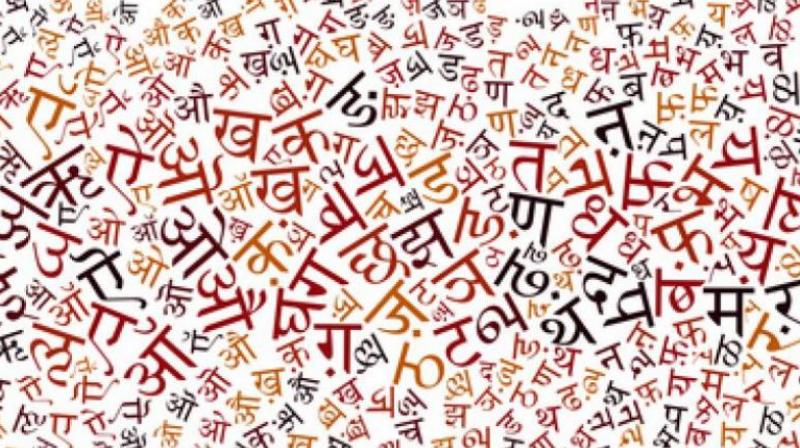 Arunav Kaul has written an article titled ‘India Doesn’t Need Hindi to Unify the Masses‘ on The Wire. Here is my response.

First of all, I am against imposition of Hindi. This is the age of democracy, and in a democracy nothing should be imposed. People should be persuaded, not coerced. In fact, it was the attempt of some short-sighted north Indian politicians in the 1960s which set off a reaction in the south, particularly in Tamil Nadu, where Hindi was already spreading due to films and the Hindi Prachar Sabha. Then Tamilians stopped learning Hindi. But that is the past, and one should now look ahead.

Secondly, I have always said that all Indians must learn English, as almost all scientific knowledge (as well as other knowledge) is available largely in English. If one goes to an engineering or medical college, all the books are in English. This is the age of science. Should we have no scientists, engineers, doctors and so on?

Thirdly, I am in favour of simple Hindi (called Hindustani ) which is spoken by the common man, and not the Sanskritised (klisht) Hindi of literary people.

That having being said, I wish to refute Kaul’s article.

The truth is that Hindi, in its simplified form, Hindustani or Khadi boli, is already the language of the nation. It is the mother tongue of people in several states and union territories like Uttar Pradesh, Bihar, Madhya Pradesh, Rajasthan, Himachal Pradesh, Uttarakhand, Jharkhand, Chhattisgarh, Haryana, Andaman, etc. It is also spoken in several states which have a different mother tongue. It is even known to many people in south India. Pakistanis too can speak and understand Hindi.

I do not regard Hindi to be superior to other Indian languages. Tamil, for instance, has a very rich and ancient literature, which Tamilians are rightly proud of, and all regional languages should be further developed and supported by the state. For instance, I supported the demand to make Tamil a court language in the Madras high court under Article 348(2) of the constitution and Section 7 of the Official Languages Act, and I said the same for high courts in other non-Hindi states.

But the truth is that Hindi is spoken by about 15 times more people than Tamil. I am a Kashmiri, but my ancestors migrated from Kashmir about 200 years ago and we forgot the Kashmiri language (which is completely different from Hindi). My wife can speak Kashmiri because her ancestors remained in Kashmir.

Some of my wife’s relatives suggested I learn Kashmiri, but what practical use will I have for it? Kashmiri is only spoken in the Kashmir Valley, whereas Hindi is spoken almost all over India. So to Tamilians who say that north Indians should learn Tamil, I say that while I have no objection (in fact I personally did a Tamil diploma course when I was a student of Allahabad University in 1963-65, and I joined Annamalai University in Tamil Nadu in 1967-68 to do a one-year diploma course in spoken Tamil), the truth is that Tamil is spoken only in Tamil Nadu.

I have often appealed to Tamilians (and others) to voluntarily learn Hindi (without giving up Tamil) in their own interest (though I am against its imposition ), since they face a lot of difficulty when they come out of Tamil Nadu if they do not know it.

Once I said this in a speech I gave in Anna University in Chennai. A professor in the audience got up and said, English is already the link language of India, so why should Tamilians learn Hindi? I replied that English is only known to the elite in India, who are 10% or less of the population. If a Tamilian came to Delhi, he will have a lot of difficulty if he does not know Hindi. Most taxi and auto drivers in north Indian cities, and many shopkeepers, do not know English.

Also read: Language Policy: Education in English Must Not Be the Prerogative of Only the Elites

Before concluding, I would like to narrate two incidents, both of which occurred when I was chief justice of the Madras high court (2004-2005 ). Once I went to a shop in Madurai, and heard the Tamilian shopkeeper speaking to a customer in Hindi. I was surprised and asked him, “Eppadi ungalukku ivvalavu nalla Hindi teriyum (How do you know such good Hindi)?” He replied in Tamil, “Politicians have their own agenda, but I have to do business.”

The second incident happened when I was invited to a function in Gulbarga, Karnataka. To attend it, I flew from Chennai to Hyderabad, from where I went by taxi to Gulbarga. En route I heard a professor from Gulbarga University, who had come to Hyderabad to escort me, speaking to the taxi driver in Hindi.

Hindi is already the link language of India, and those who do not know it should learn it. That will contribute to national integration.