Coronavirus Emojis: Conveying Compassion and Humour With a Facemask

As our world has changed due to COVID-19, new ways of deploying emojis have sprung up in response. 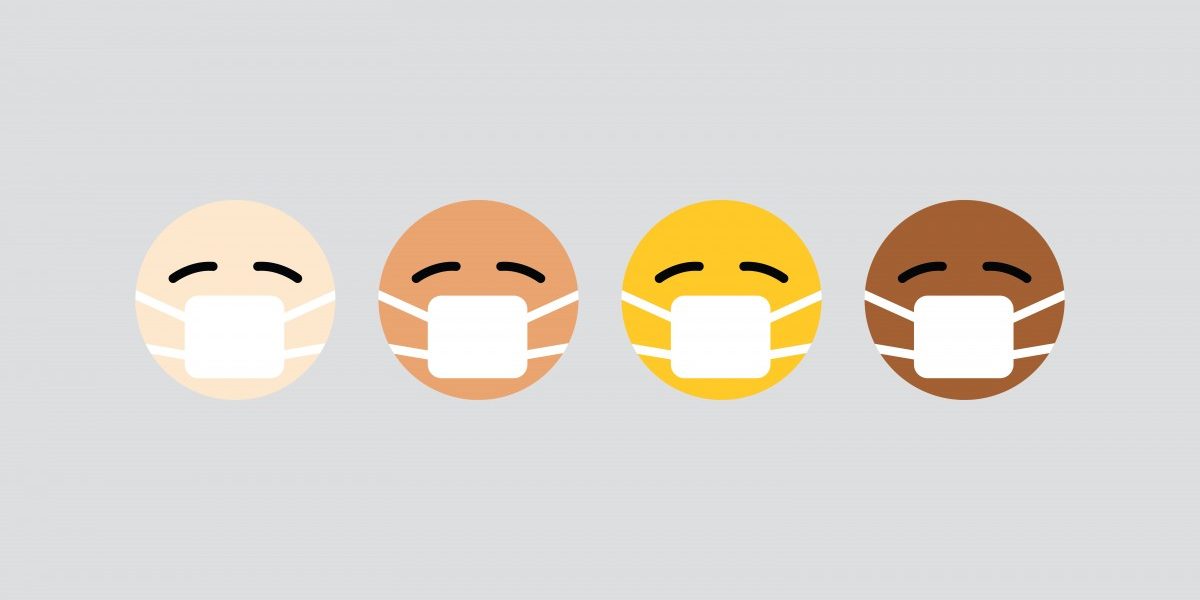 In digital communication, where visual information often conveys key ideas in memorable, pithy and fun ways, emoji is king. And as our world has changed due to COVID-19, new ways of deploying emojis have sprung up in response.

According to data from the website Emojipedia, common ways of representing COVID-19 include the microbe emoji 🦠 and more generally the face with medical mask emoji 😷.

While the microbe emoji was first approved in 2018, different technology providers render it in strikingly different ways. For instance, the Apple version most clearly resembles a virus, while the Microsoft version is blue and resembles a bacterium.

A sample of nearly 50,000 tweets from early March 2020, analysed by Emojipedia, revealed that the top five emojis most strongly associated with COVID-19 were:

In addition, some platforms have even created their own bespoke COVID-19 emojis. For instance, Twitter users can use the hashtag #SafeHandsChallenge to display a custom hand-washing emoji.

There is also evidence of combinations of emojis being deployed. For instance, Spanish speakers have created an emoji compound for coronavirus using the crown and microbe emojis 👑🦠, as corona is the Spanish word for crown.

This ingenious use of the crown emoji is not just an example of human creative smarts. It also illustrates an ancient and well-worn principle in the formation of visual representation. It goes back over 5,000 years to the world’s earliest writing system, cuneiform, pioneered by the Sumerians in what is now southern Iraq.

The basic idea is to illustrate an abstract concept using an image of something concrete, the word for which sounds similar to that of the abstract idea. In emojis, this idea was recently seen when the “sexy” peach emoji was repurposed by some internet users during the second half of 2019 as a call to impeach – or “IM🍑” – US President Donald Trump.

But why are emojis an apt way of communicating our fears, advice on hygiene, and even reminders on social distancing protocols in a time of crisis? Digital communication, even in written form, is inherently visual, and we are fundamentally visual creatures – it’s our dominant sense.

Around two-thirds of the brain’s neural activity relates to vision (when our eyes are open). Around 40% of the brain’s nerve fibres are connected to the retina. And it takes an adult human just 100 milliseconds to recognise an object. In the arena of digital communication, emojis represent a “visual gestalt” (shape), a term I used in my book, The Emoji Code. An emoji provides an instantly recognisable visual icon, that represents a relatively complex idea, one which can sometimes be conveyed more quickly and effectively than in words.

More generally, emojis enhances language-based digital communication, much as gesture and body language do in offline, face-to-face spoken interaction. And this is as true when communicating using emojis in the COVID-19 pandemic as at any other time.

The functions of emoji

Specifically, the primary function of emojis is not to usurp language, but to provide the non-verbal cues essential to effective communication, enhancing textspeak often with a splash of humour. But, as I explain in The Emoji Code, emojis have a number of related functions. For example, they can substitute or replace whole words. In response to an especially hilarious remark, sometimes nothing more is required than the face with tears of joy emoji
😂, which speaks volumes. Emojis can reinforce someone’s point, as when someone declares their love for you followed by a line of emoji love hearts ❤️. This provides a multimodal declaration of true love. Reminding someone to wash their hands can be effectively and humorously reinforced by inserting the bar of soap emoji 🧼. And the fact that emojis are cartoon-like softens the tone of the request.

Emojis also convey contradiction. Imagine attempting to get irony across in textspeak without an emoji. For instance, the rolling eyes emoji 🙄 often signals that the meaning of a message is the opposite of what the words actually say. In line with this, emojis explain how our textspeak should be interpreted, serving to complement or nuance the meaning. For instance, a wink 😉 can tone down words that might otherwise be misinterpreted negatively.

In these ways, our online communication using emojis can reveals much about our response to the COVID-19 pandemic – and ourselves.