Many of the barriers that we considered unavoidable and central to the multimedia industry have been quickly dismantled to allow for access. 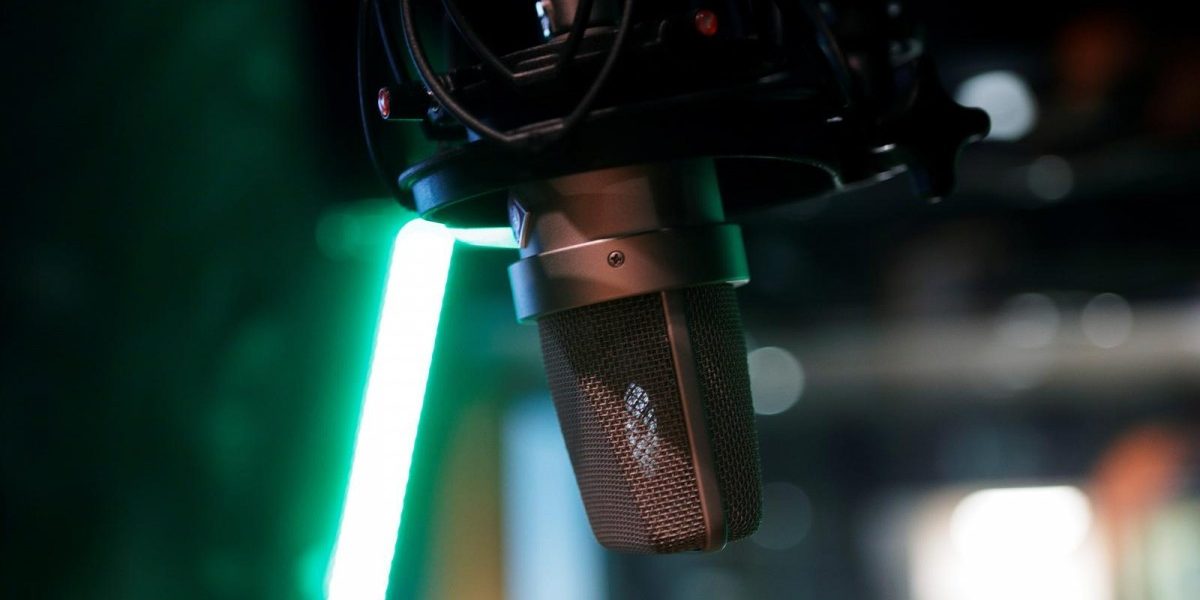 It’s easy to get music to the masses these days. Photo: Reuters/Heinz-Peter Bader “Who hears music, feels his solitude peopled at once!”

The outbreak of the novel coronavirus has necessitated worldwide social distancing measures. With billions of people at home all day, there has been a huge need to keep them occupied, entertained and hopeful. Isolation can have an abrasive effect on mental health, and there is a need to look out for our collective well-being.

Toward that end, artists from around the world are trying to spread some happiness – either by releasing new content like Childish Gambino, or by temporarily suspending their paywalls, or simply by having performances via livestream on platforms such as YouTube, Instagram or Facebook.

Many of the barriers that we considered unavoidable and central to the multimedia industry have been quickly dismantled to allow for access, because in times like these, not allowing for access is, quite ironically, the indefensible position. This raises a huge question about the capitalist incentives that govern the entertainment “industry” and whether  they actually serve a beneficial end. Is monetisation at the cost of access necessary?

One of the only silver linings of these troubled times is the unprecedented connectedness that the internet gives us. From allowing us to collaborate, create and execute, there is little that we cannot do, even in isolation; but of course if this is truly the case then it begs the question of why we haven’t been utilising this potential already.

“Art (in its inclusive connotation) can, showing visions of a better, happier life, rouse opposition against the existing reality and contribute to necessary societal changes.”

Art, be it showcasing or appreciating, has been recognised as an essential therapeutic practice and healing mechanism in terms of maintaining psychological and mental health. Such realisations make it all the more essential for its effective access to both creators and the public. We will specifically be looking at music, to analyse “access”.

Before the advent of the internet, with the rise of the recording music industry in the 20th century coupled with the death of the patronage system, it was necessary for creators to approach an investor to have a platform to showcase their content.

In the case of music, this often happened through contracts with a record label that would advertise, promote and market their records. The cost of production of individual records was also something that an artist could not bear on their own. The question of access was often hamstrung, as wide reach was simply impossible without investment.

Hence, open access was a distant dream. Further, at the time of signing contracts, artists were forced to give up the intellectual ownership of their work, as record labels needed to secure intellectual property in order to be able to recoup their investments. This general practice was slowly codified into copyright laws around the world (the authorship-ownership divide), extending statutory legitimacy to this power-dynamic.

The internet changed all of this. It provided an open field to creators and listeners to  either create their own forums at minimal cost or to engage with each other through an intermediary ‘platform’; the role of this platform being that of a passive facilitator – like Bandcamp.

A platonic shift in the internet music space came by virtue of Napster, a peer to peer sharing service aimed at increasing access at an exponential rate, at the cost of IP norms. It eradicated the need for creators to give up rights in favour of anyone, merely to put their music out there. Although Napster faced copious litigation and an untimely demise, but what it did do was open up a world of possibilities; possibilities of alternate conceptions of how we distribute content and also how we protect those who create.

At every juncture in their career, Radiohead has broken pre-conceptions on how to push the ballot further, both in terms of musicality and access. ‘Kid A’ (2000) is widely considered one of the greatest experimental albums in popular music history.

A far less discussed story, however, is just how revolutionary ‘Kid A’ was in terms of the distribution model that Radiohead adopted, to push an abstract thematic journey with odd breaks, unconventional songs and pure experimentation, in a market dominated by ‘singles’, disengaged listening and intentional reproduction.

Faced with the daunting prospect of making something like this sell, some executives at Capitol Records had an idea; how about they put ‘Kid A’ out for free on Napster three weeks before the launch. It was a bold move and many were concerned that piracy would kill the already doomed sales projections.

But to everyone’s surprise, Radiohead’s strangest album till that point was also their first to debut at No. 1 of the US Billboard 200, selling 207,000 copies, and becoming a critical darling that till today is a reference point in the history of alternative music (without any singles, we might add).

In 2007, Radiohead pushed the ballot again, this time leveraging their position as the undisputed kings of alternative rock, to sack their record label EMI and release their album ‘In Rainbows’ independently on their website, under a ‘pay what you want’ model, before putting it out for physical release commercially. This decision was rubbished by Fortune magazine which called it one of the 101 dumbest moments in business and jokingly stated that their next album would be titled ‘In Debt’. As you might have guessed, ‘In Rainbows’ was a runaway hit, sold millions of copies and cemented Radiohead’s place as some of the most ambitious and courageous musicians. Interestingly, Radiohead’s earnings in those three weeks of experimentation, exceeded their combined total earnings on their last album ‘Hail to the Thief!’, with all proceeds directly going to the creators.

Also read: When Will the Copyright Act Favour the Artist?

What Radiohead managed to prove was that a record label was no longer necessary. They took on the belief that the internet was a great tool for democratisation and made it a reality. The potential of Radiohead’s move was quickly rubbished by anxious owners and investors who started to realise that peer to peer sharing and downloads on the internet were the death knell of their traditional business, and this meant that they had to adapt.

And adapt they did, because even though we have SoundCloud today, we also have YouTube Music, Spotify, Rhapsody and Apple Music. The streaming space is dominated by profit oriented enterprises engaged in outdoing each other precisely through what the internet was meant to undercut – exclusionary capitalist promotion and restriction of access. The vulnerability of the platform economy was quick to be manipulated by investors and was combined with the ‘attention economy’ to take what was supposed to be a major departure in what we listened to and reduced it to a Top 40 system, just like in the old days. 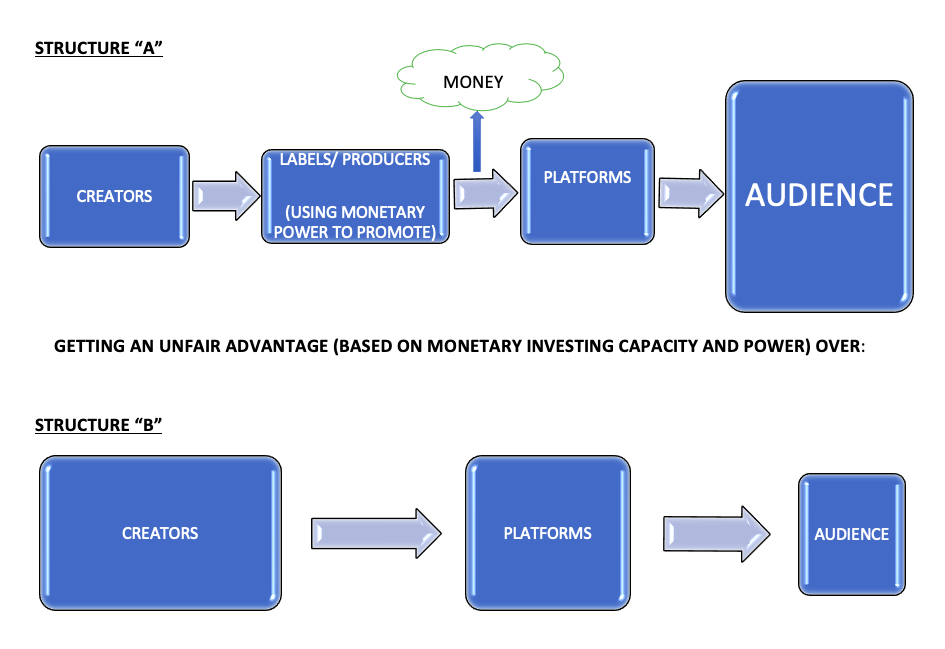 What we believe this indicates is that as long as investment from executives is an important part of how music is disseminated, it will be structurally almost impossible to create a system of open and equitable access (we refer to both access to those who wish to create and those who wish to appreciate).

While we are better off now than where we started, the bold decisions of artists and companies around the world in the past few weeks prove that something as intrinsic to human well-being and happiness as music can be shared with many more, often with no real cost to the producer and intermediary.

Just a couple of days ago, Nine Inch Nails released two new albums for absolutely free on their website. In a short statement, the ever eloquent Trent Reznor said that the act of creation was keeping them sane and hoped that listening would help their fans through this tough time. It’s little gestures like this that point to the transformational potential of music and the internet.

The internet can widen access in two ways. It firstly allows far more people to engage with all kinds of music, and, by extension, the creation of more ambitious and, perhaps, innovative kinds of music. Thus, we see people appreciating kinds of music that they probably wouldn’t have listened to in the past, due to the profit-centred motive of dissemination, traditionally employed by investors/labels.

This shift gives confidence to creators to “self -publish” and attempt to popularise their content through word of mouth and social media. This clearly indicates that it is no longer necessary for musicians to give up their ownership and IP rights just because they want to make sure that their work has wide reach; reconfiguring the traditional power dynamic between investors and creators, as well as providing a larger public store of creativity, free from the shackles of capitalist incentives.

Also read: As Creative Commons Restructures Globally, What Should its Future in India Look Like?

It is becoming clear from recent initiatives of musicians on the web, that creators write music because they love music. Of course, it is important for them to earn money as well to sustain themselves. However, we should not mistake this as the reason underlying why music is created, over autonomous expression and wider public access.

From the point of view of the audience, in such times, it is essential to account for the structural inequalities in the society which directly restrict access to content. We must discuss models like “differential pricing” and “open access”, even if in a limited sense, in the content market and the platform economy.

We hope that these tough times help us realise that even within the current incentive structure, we can do realistic things to democratise access to content and expression, to increase the appreciation for unconventional and traditionally less popular music, and take music back to what it has always been about –authenticity, love, community, and togetherness, in its true democratic sense.