Calendar Girls From a Bygone Era

The Centre For Women's Development Studies' 2017 calendar uses images from a 1961 pageant held to showcase the various traditional attires of Indian women. The back-cover of the calendar for 2017, with all the photographs from within the calendar. Credit: CWDS

For more than a decade now, the Centre For Women’s Development Studies (CWDS) has been producing calendars under Malavika Karlekar’s stewardship, author of Visual Histories: Photography in the Popular Imagination.

Several years ago, Karlekar had begun to collect photographs of Indian women from the British era for an exhibition titled,‘Representing Indian Women 1875-1947: A Visual Documentary’ . These photographs eventually found their way into the pages of the CWDS calendars.

The exhibition, a project that began in 2000 was curated by Karlekar along with Leela Kasturi and Indrani Majumdar. The displayed photographs, which portray particular aspects of Indian women’s lives, were thematically divided into five sections. In the process of putting together the exhibition, Karlekar and CWDS ended up creating a fascinating visual archive of Indian women from different points in history.

The exhibition, which comprised over 250 photographs accompanied by fairly long descriptions, was put together with the intention of tracing social transformation via the photograph.

Naturally,  given the technological limits of the time, the photographs mostly depict upper-middle class, urban women. The curated pictures were procured from family albums, memorabilia and various other archives, including the Nehru Memorial Museum and Library and the photo archives of the National Film Institute.

The exhibition was hosted by the India International Centre in 2001 and thereafter, travelled throughout the country.

After the conclusion of the exhibition, CWDS decided to use some of the photographs in a calendar. The first calendar, released in 2002, was titled after the exhibition. Subsequent calendars were thematically arranged – 2003 was ‘The Learning Experience’, 2004 ‘The Girl Child’ and 2005 was ‘Framing Conjugality’. For several years, therefore, CWDS made use of the exhibition’s rich archive and made little pieces of women’s history more interactive in the form of calendars. 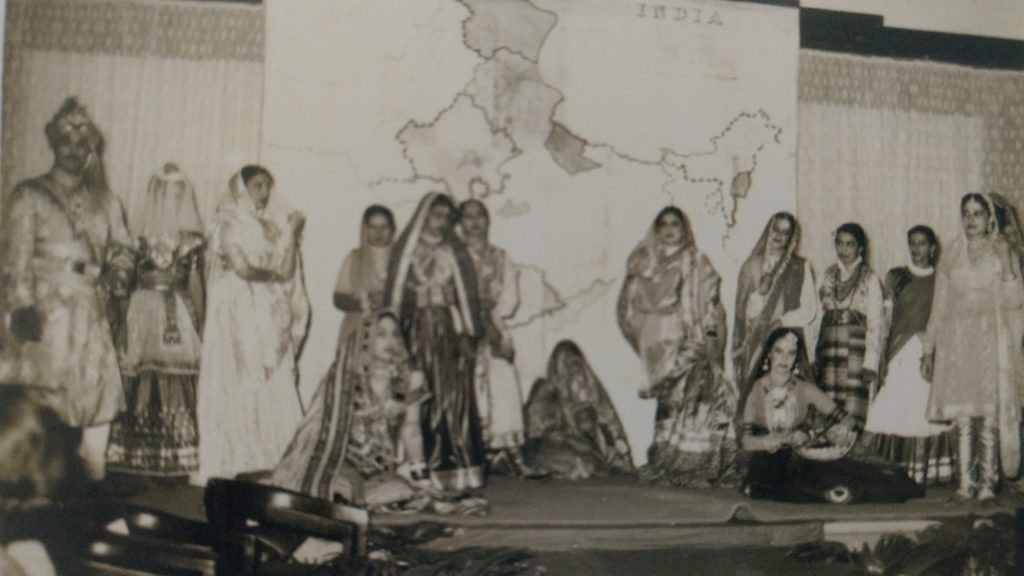 The calendar for 2017 presented a special challenge since the steady stream of images from the exhibition had finally dried up . 2017 might not have had a calendar if Karlekar had not come across photographs from a pageant that had been organised soon after independence.

‘Costumes of an Age’ uses pictures from a pageant, titled ‘Costumes of India,’ which Mary Badhwar started organising in 1956 after she approached the education ministry.

‘Costumes of India’ was designed to showcase the various traditional attires of Indian women for the 9th UNESCO session that was to be held in Delhi that year. The show was also repeated for the then Chinese Prime Minister of the State Council Chou En-lai, and again in 1958 for a World Bank delegation. 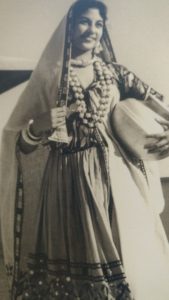 Then, in 1961, when Queen Elizabeth II and the Duke of Edinburgh were guests at the Ashoka Hotel in New Delhi, the show was organised once again in their honour. The pageant at the Ashoka Hotel was organised as the grandest of them all, on display would be court costumes and jewellery lent to the show by the Sangeet Natak Akademi, Maharani Gayatri Devi of Jaipur, the begums of Bhopal and Rampur and Princess Kusum of Bharatpur.

This show was photographed zealously – and pictures from the practice sessions, photo shoots and the actual show were chosen as the contents for the 2017 calendar.

In the introduction to the calendar, Karlekar writes that a “post-colonial fanciful presentation of Indian women’s costumes” did not really conform to the tone and theme of the previous CWDS calendars. However, they did “represent moments in the young nation’s desire to juxtapose new ideas and institutions with those that had a long history”, which in this case, was the traditional attire of Indian women.

Karlekar was assisted by politician Jaya Jaitly in creating the 2017 calendar. Jaitley – who also features in the calendar as the model for the month of June, and was part of the ‘Costumes of India’ pageant – helped provide detailed descriptions of the outfits and identified some of the models in the photographs.

On December 9, a group of distinguished ladies had gathered in a small textile studio near Lodi Road. The gathering, though in a bit of an unconventional venue, was to launch the calendar for 2017.

Present were three of the models who had participated in the pageant – renowned artist Anjolie Ela Menon (who’s photograph is the cover image on the calendar), Jaitly and Jalabala Vaidya, the model for April.

Also present was the youngest model to participate in the pageant, Deepa Nag, whose brother read out Nag’s account of the pageant. Nag was only nine-years-old and was accompanying her mother on the sessions. Nag appears on the October page of the calendar, dressed like a typical young girl from rural Bengal.

The evening was spent reminiscing about the event that took place nearly seven decades ago. Menon talked about how some of the costumes from the show were taken to a fundraiser in New York and how Menon had flown there on Air India’s inaugural flight to New York. She fondly remembers how the Odisha saree she wore at the show was presented to her at her wedding. She added that she still owns it. “The thing that I also remember,” said Menon, “is the weight of the bangles – it gave me a lifelong taste for silver jewellery.”

As Jaitly pointed out, the calendar ‘Costumes of an Age’ helps us to appreciate the history of fashion in this country. The pageant represents a time when modelling did not carry the same meaning it does today. And the photographs in the calendar vividly depict what being a model meant in the young Indian republic. The show, in this case, was thought of as an educational exercise to document the diversity of the country. 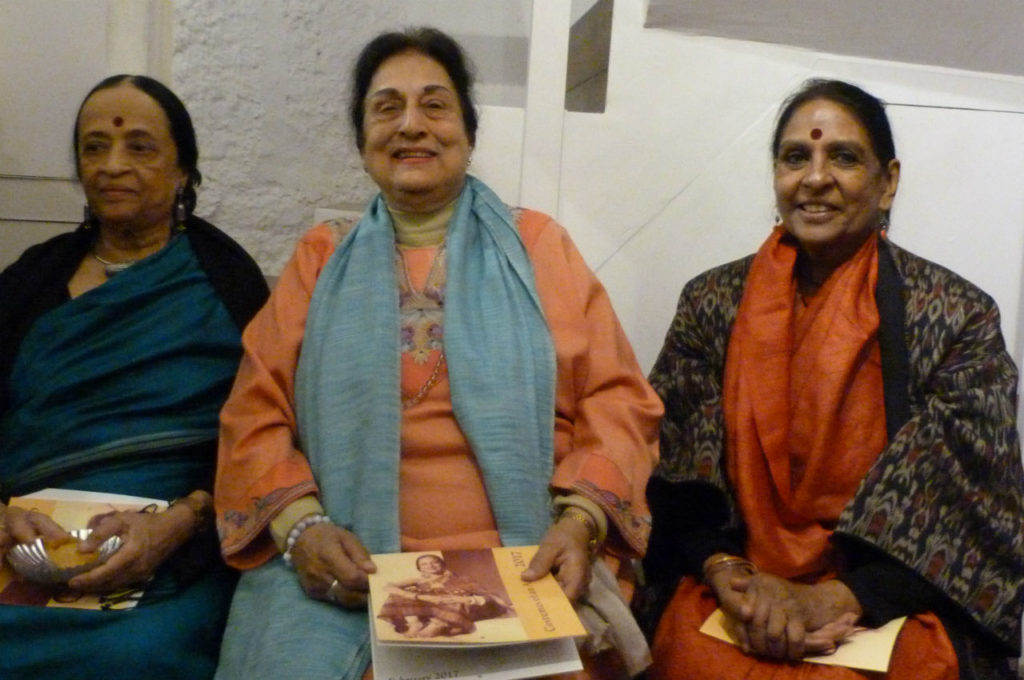 Vaidya said, “I don’t remember the people, so much as the clothes. The clothes, each and every one of them, of such absolute beauty – they were amazing. And to think that women had been wearing these beautiful clothes for centuries despite everything – despite regimes and times changing – and it made an impression on me.”