From Hindi-Chini Bhai-Bhai to Bye-Bye, and now Buy-Buy 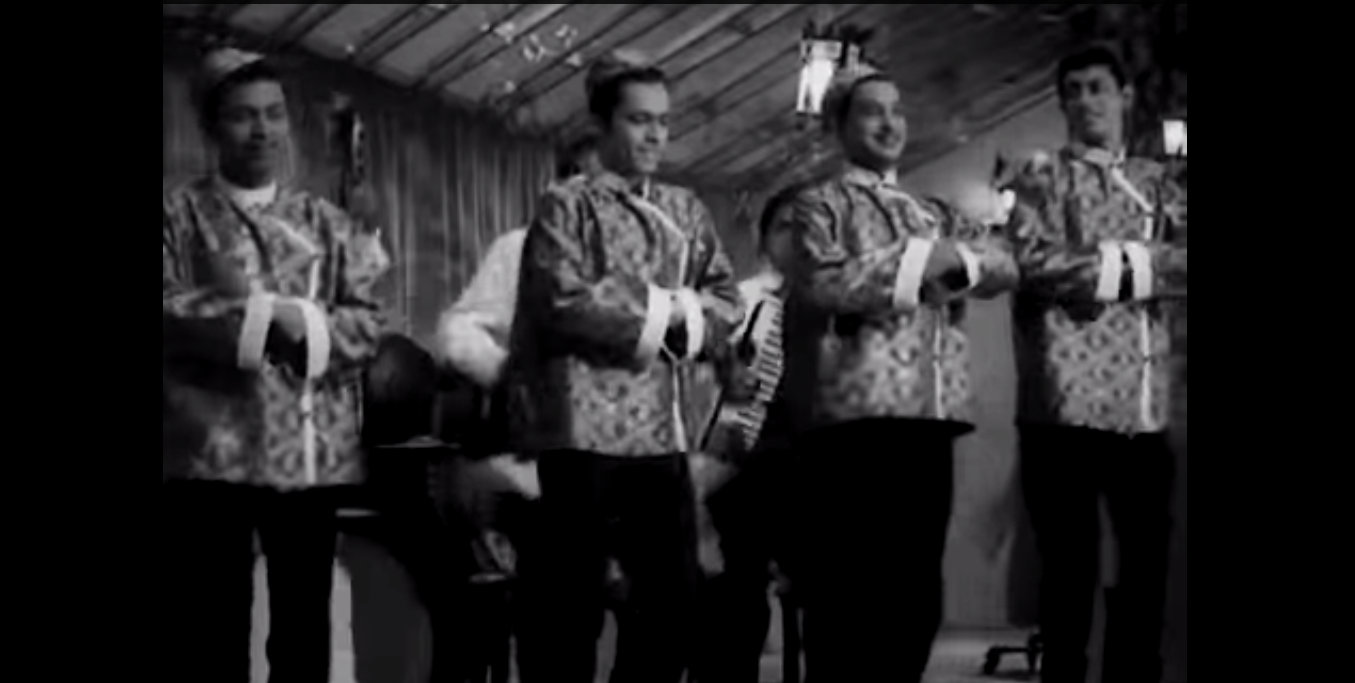 As Narendra Modi tours China, visiting historical sites, talking to students and inviting Chinese companies to invest in India, it is a good time to examine how we have viewed our large and looming neighbour. Indians have always been fascinated by the Chinese, and Hindi filmmakers are no different. From as far back as the 1940s, films with Chinese characters in them have been made at fairly regular intervals. But, in keeping with the mood of the nation at the time, the Chinese have been represented in different ways — as kindly souls, as criminals, as unfriendly spies and as soldiers. (Fun fact: Madan Puri played the most number of Chinese characters in Hindi films). Here are some examples from the last nearly 70 years:

This V Shantaram film was based on a true story, of an Indian doctor who was sent to work with the Chinese during the Japanese invasion in the Second World War. It was based on a book And One Did Not Come Back by K A Abbas, and as expected from the writer, it was dripping with earnestness and goodwill towards all mankind. The Chinese were kindly people, (who also spoke good Hindi) fighting a just war and grateful to Dr Kotnis for his humanitarian work. Jayshree, also Shantaram’s wife, played Ching Lan, a Chinese girl whom Kotnis marries.

In the 1950s, Shakti Samanta turned his eye on Calcutta to make first, Howrah Bridge and then China Town. Both the films had prominent Chinese characters, but this time as gangsters from the local Chinatown. The great Madan Puri essayed the roles of John Chang and Joseph Wong with great flair, wearing a drooping moustache and speaking Hindi with a faux lilt. The part Burmese – and therefore approximating “Chinese” — Helen sang the famous ‘Mera Naam Chin Chu’ in Howrah Bridge and had a substantive role as the cheongsam wearing Suzie who dances in Puri’s hotel. All the familiar markers of Chinese culture – dragon motifs, paper umbrellas and flag dances — were thrown into the mix. China Town was the “inspiration” for Salim Javed’s Don. Here’s the delightful title sequence from China Town.

By the 1960s, the Chinese were becoming the enemy. The nation felt betrayed at the perfidy of a neighbor we thought was a friend. The 1962 war left the country feeling defeated and demoralized. Chetan Anand’s Haqeeqat (1964), made with a grant from the Punjab government, showed Chinese soldiers as monsters with no regard for humanity. The film touched every Indian and the climax song, ‘Kar chale hum fida’ still makes people tear up. The Chinese, out to destabilize India, continued to make an appearance during the decade in the 1960s and beyond, in films like Humsaya, where Joy Mukherjee plays the role of a Chinese spy Lin Tan. But it also showed that they were humans who could fall in love, like Mala Sinha (Sin Tan) does with Lin Tan. Later, Dev Anand made Prem Pujari, which had the requisite appearance by Madan Puri as Chang, along with other nasty Chinese, but the film angered the CPM so much that its activists burnt down a cinema in West Bengal.

And then we come to Chandni Chowk to China, an uninspired – and uninteresting — piece of silliness which went in for spectacle and kung fu. It allowed Akshay Kumar to showcase his prowess in martial arts, made full use of Deepika Padukone by giving her two roles (including one as ‘Meow Meow’) and even included a sidekick called Chopstick. No, really. Its two tiny redeeming features were that it was shot on location and used Chinese actors. Otherwise it was decidedly more Chandni Chowk than anything else.

In Dibakar Bannerjee’s Detective Byomkesh Bakshi, the seamy aspect of Calcutta’s Chinatown is explored, with opium gangs and dockland murders. The film, set in 1943 Calcutta, relies heavily on period feel to create a sense of nostalgia for the city and its mixed population.

Perhaps after the Modi visit, we shall soon see Chinese businessmen too make an appearance in Hindi cinema.