Before We Fixate on 'Blue Whale', Let's Remember the Real Monsters Out There

Banning the game will not take away the many psychological issues that young teens are susceptible to – just the way banning heavy metal is not going to stop spree or serial killings.

A Rammstein concert in progress… Credit: mollenborg/Flickr, CC BY 2.0 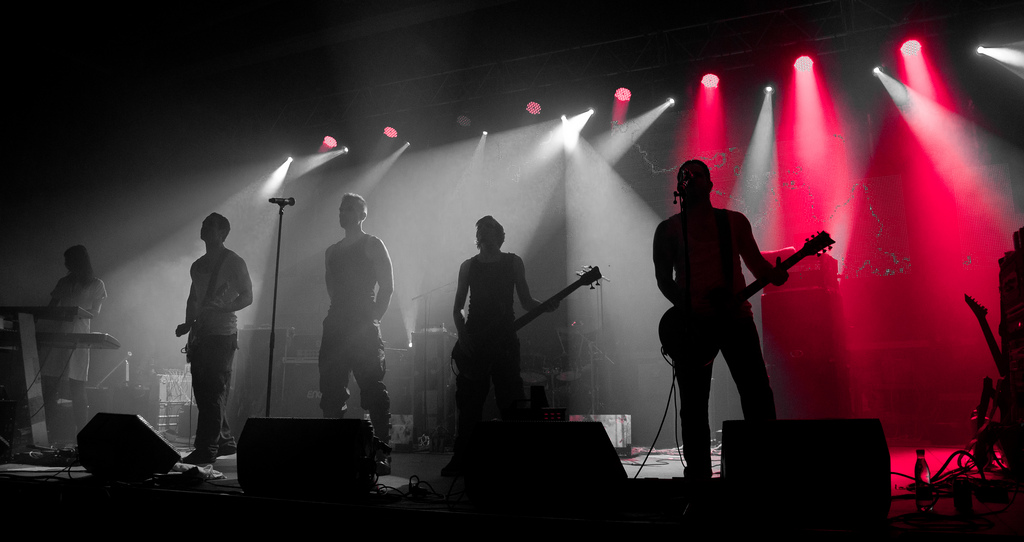 A Rammstein concern in progress. Credit: mollenborg/Flickr, CC BY 2.0

Note: On September 15, 2017, the Supreme Court of India issued a notice to the Centre following a petition to have ‘Blue Whale’ banned in India.

Not knowing how to put the brakes on a spate of suicides among teenagers allegedly playing the game known as ‘Blue Whale’, Gujarat chief minister Vijay Rupani has said his government will create a law to ban it. Anything to keep parents and other community elders from having honest conversations with their children, eh?

‘Blue Whale’ is an online game built among others by Philipp Budeikin, a Russian student. The game requires players to commit to a series of tasks over a 50-day period, given to them by the game’s anonymous administrators at about one per day. Some tasks involve self-harm and self-mutilation. The last task has often been to commit suicide. When Budeikin pleaded guilty to inciting suicide in May 2017, he told reporters that ‘Blue Whale’ was his way of “cleansing society” of people who he thought were “biological waste”.

The game is a malign production but one that isn’t very different from a lot of other things available on the web when it comes to preying on the minds of the impressionable – from abuse on social media to violence against women masquerading as certain forms of pornography. “Banning” the game away also does not take away the many psychological issues that young teens are susceptible to, including body-shaming, bullying, etc. So if it’s not ‘Blue Whale’, it’s just going to be something else that may drive vulnerable kids over the edge. This is why the chief minister’s response is so disappointing. It says the state is doing everything it can to keep more teens from taking the game seriously except the one thing that could actually work: help them build better relationships with their friends, teachers, parents and other older people in their communities.

This is also not surprising. There are many historical parallels when the authorities have cited the potential of media content to cause violence to ban it. Almost 2,400 years ago, Plato’s book The Republic was published. According to an article written by James Klagge, a philosopher at Virginia Tech, Plato argued in the book that “in an ideal society citizens should not be exposed to literature or woven tapestries that demeaned the gods or celebrated bad deeds”.

More importantly, there are also parallels to when young people become obsessed with something – games, fads, music, etc. – and subsequently use it as a channel to express something they were struggling to say in other ways. We use upbeat music to make ourselves feel better (though not always). Pharrell Williams’s 2013 single ‘Happy’ was such a bestseller because it found immediate resonance with its listeners. Eric Clarke, a professor of music at Oxford University, told The Guardian in 2014, “Perhaps what makes ‘Happy’ sound happy is that it not only has high energy, but it uses what has become a very culturally common association between major and minor in music.” Listeners also forge sentimental relationships with such tracks – as was inadvertently confirmed when Hollywood released A Clockwork Orange in 1971 and forever ruined Gene Kelly’s Singin’ in the Rain for millions.

In similar vein, I remember discovering the music of the German industrial rock band Rammstein in 2006, and how well its sounds and words spoke to some things I was feeling at the time but couldn’t articulate. I also discovered shortly after that the darkness and descriptions of violence inherent in some of Rammstein’s songs had allegedly helped motivate notorious tragedies, including the Columbine high school massacre in 1999 and the Isla Vista murders in 2014.

It was disturbing at first, to realise that I was listening to the same thing that Dylan Klebold and Eric Harris had shortly before they killed 13 people. But it also struck me as odd that we don’t always ask such questions – “What kind of music did the Joshi-Abhyankar killers listen to?” – so why were we fixating on Rammstein’s culpability now? 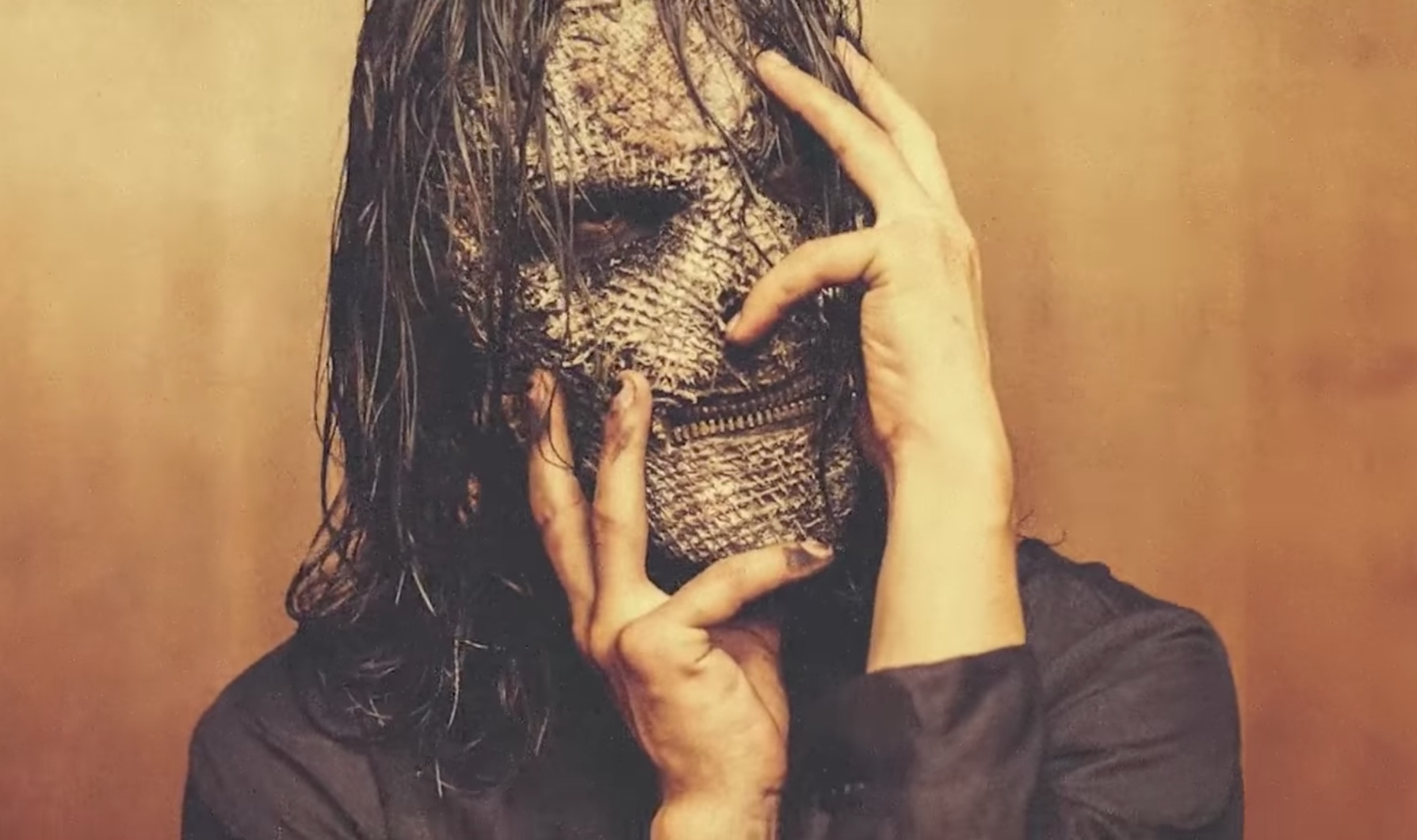 During stage performances, the members of the band Slipknot wear custom-designed face masks like the one shown above. Source: YouTube/Slipknot

The German band is just the most famous example. In 2003, the (separate) perpetrators of two crimes directly blamed the music of Slipknot and Cannibal Corpse for what they’d done. In the mid-1980s, the Australian band AC/DC was lambasted in the press for having ‘encouraged’ Richard Ramirez to commit the ‘Night Stalker’ murders. Funnily enough, Ramirez himself had to clarify that he was a “product of the times”, not of one band’s music. Profiles of Jeffrey Dahmer, who killed at least 15 men and boys in 1978-1991, frequently mentioned that he was a fan of Black Sabbath and Judas Priest. Following the release of their White Album in 1968, the Beatles’ George Harrison said in The Beatles Anthology, “It was upsetting to be associated with something so sleazy as Charles Manson.” Manson had been delusional and thought the album’s songs were encouraging him to start a race war. A year later, he encouraged members of his commune in California to murder nine people.

There are many risk factors that drive aggressive or delinquent behaviour. Many of the most notorious serial killers the world has ever known come from homes with an abusive parent or parents. They’d have had childhoods with limited social lives, early exposure to violence, been bullied or shamed in some way and sometimes actively indoctrinated to believe in a savage world out to get them. This way, they inculcate inner demons and later struggle to contain them.

At the same time, “there is a difference between desensitisation and overt action: people may become very desensitised to victims of crime, yet never commit crimes themselves,” as two psychologists wrote in a Psychology Today article in December 2012. This was shortly after 20-year-old Adam Lanza had shot and killed 20 children and six staff at the Sandy Hood elementary school, Connecticut. “After all, most Americans are subjected to a whole lot of violence on TV and never commit any violent crimes. It is imperative that we look into other factors besides violence in order to better understand what’s going on with these troubled teens.”

In the same article, the authors – Kristian Marlow and Berit Brogaard – describe three theories that researchers have forwarded to understand how violent media could affect people. To quote at length:

Of these three, the catharsis hypothesis sticks out because it provides an emotionally neutral spin on aggressive behaviour, casting it as a natural trait that exists in all of us and which can be worked away. Interestingly, Plato’s student Aristotle had argued in his book Poetics that, to use Klagge’s words, “Art could bring negative emotions to the surface and lance the boil they created. The audience did not have to play out those emotions themselves. Aristotle thought Sophocles’s Oedipus Rex was a prime example of this.”

However, “the catharsis hypothesis has been repeatedly scientifically disconfirmed,” David Gentile, a professor of psychology at Iowa State University, told The Wire.

He continued, “Consuming media violence can influence aggression, but it’s only one of several risk factors. It’s not the biggest, nor is it the smallest. It’s about the same size as having abusive parents or coming from a broken home. Of course, we all know people who had difficult childhoods who never do anything aggressive, so just having one or two risk factors is not usually enough to cause serious aggressive behaviour.”

The news media is also part of the problem. On the one hand is the societal stigma that silences young adults, sending them subliminal messages to keep quiet, bottle up their pains and not violate the hard-coded protocols protecting the typical middle-class Indian marriage and Indian family. On the other hand is a media space that inadvertently, but not inexcusably, creates release for these bottled up tensions by airing shouting matches, publishing reports body-shaming people, popularising superstition, suppressing scientific thinking, conducting media trials, goading witch hunts and, of course, disempowering women and the minorities. There is no social responsibility in any of this, and consuming this sludge slowly but surely erodes what little personal responsibility we have left ourselves.

As the American musician Marilyn Manson, no stranger to accusations of inciting violence, has written:

When it comes down to who’s to blame for the high school murders in Littleton, Colorado, throw a rock and you’ll hit someone who’s guilty. We’re the people who sit back and tolerate children owning guns, and we’re the ones who tune in and watch the up-to-the-minute details of what they do with them. I think it’s terrible when anyone dies, especially if it is someone you know and love. But what is more offensive is that when these tragedies happen, most people don’t really care any more than they would about the season finale of Friends or The Real World. I was dumbfounded as I watched the media snake right in, not missing a teardrop, interviewing the parents of dead children, televising the funerals. Then came the witch hunt.