Black Mirror Season 4 May Be Weaker, but Holds on to Its Dark, Nihilistic Charm

The Netflix anthology series returns with more hours of what horrors the future may hold and a cast heavy with complex female protagonists. 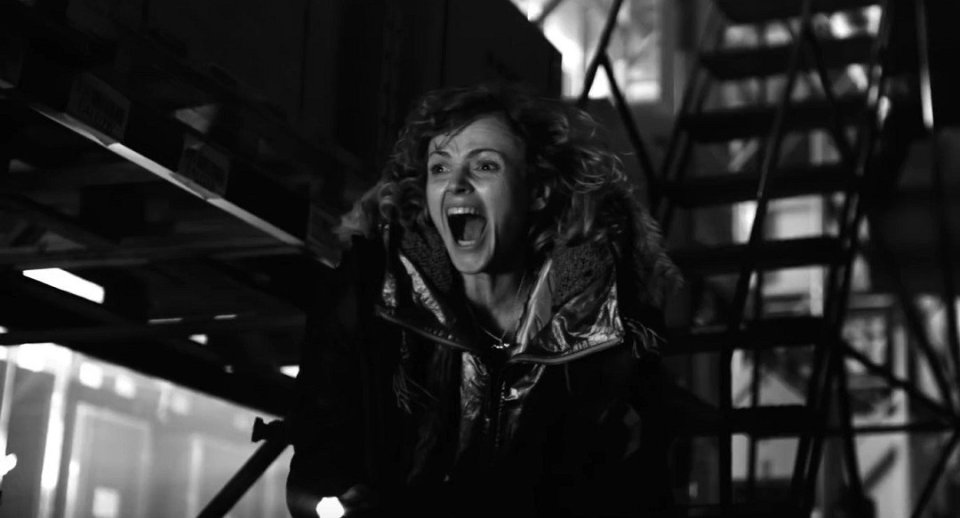 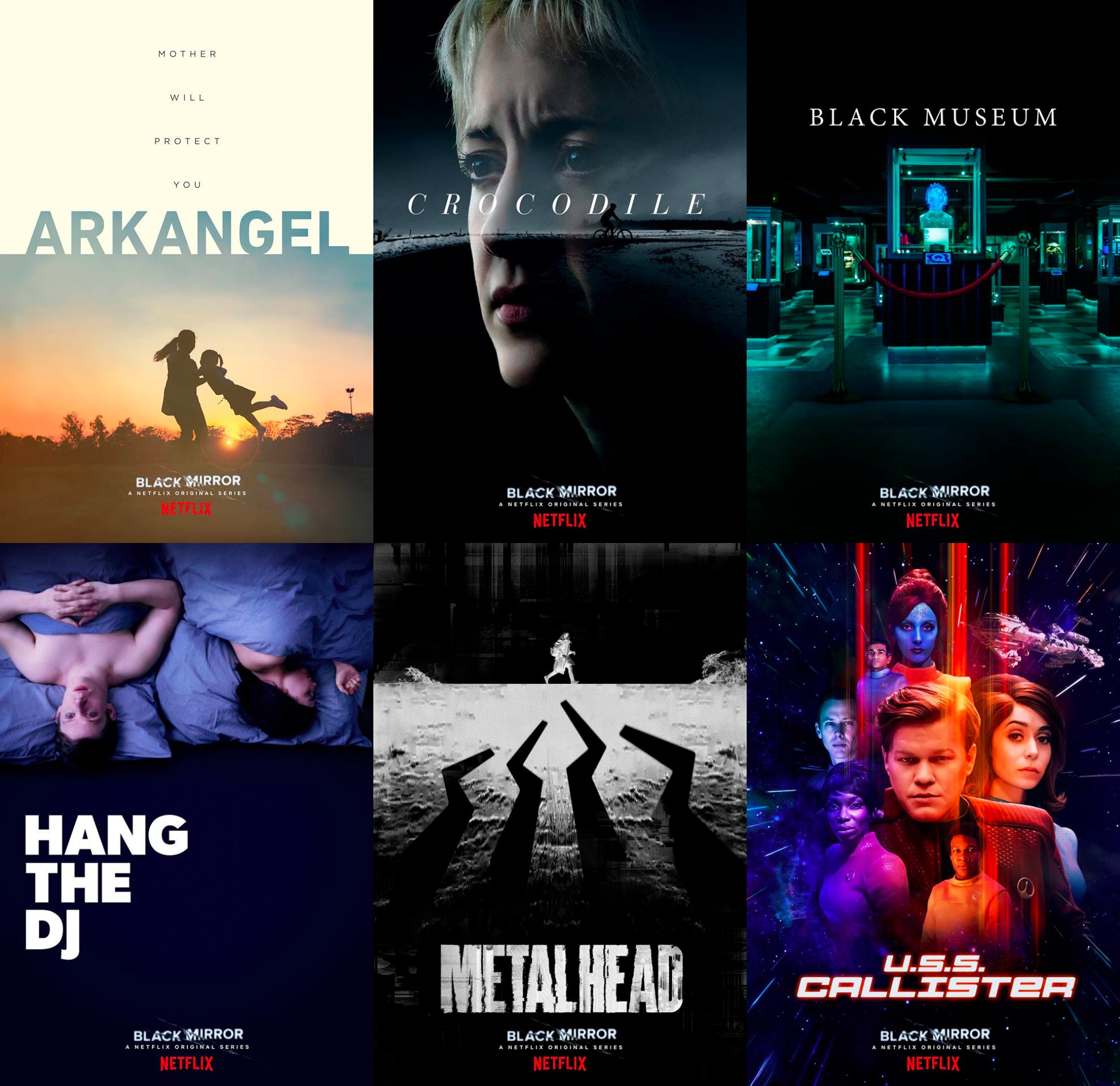 This time, the hero is not technology itself, but the worlds that are built around that technology. Credit: Netflix

When Black Mirror first aired it was a shocker, a novelty. That was remarkable, because its trope is a tired, old one: beware the machines, for they will one day take over and destroy humanity. The Terminator series, 2001: A Space Odyssey or The Matrix trilogy, humanity’s relationship with technology, and its impending doom, have been explored in innumerable narratives and done to death.

Which is why the novelty of Black Mirror lies not so much in its science-fiction, but the very well-written ‘social-fiction’ comparable with the greats of sixties sci-fi, like Ursula Le Guin, Samuel Delany and Phillip K. Dick. Its brilliance lay in how it imagined a complex psycho-social reality that will come to exist alongside technological interventions just close enough to present reality to make them just that much more horrifying.

In its early days on Channel 4, it had a niche audience, with only three ridiculously well-done episodes per season. By the third season, Netflix had taken over from Channel 4, and added three more episode per season, but it still delivered the same shock and horror even as its audience grew wider. Each episode walked a tight rope between convincing and unbelievable.

In season four, the narratives are not as compelling, though it is hard to pronounce a blanket verdict for an anthology. The one thing that can be said for the series as a whole, though, is that it does a wonderful job writing complex female characters. Every single episode in the new season has multifaceted female characters, who are instrumental to the plot. 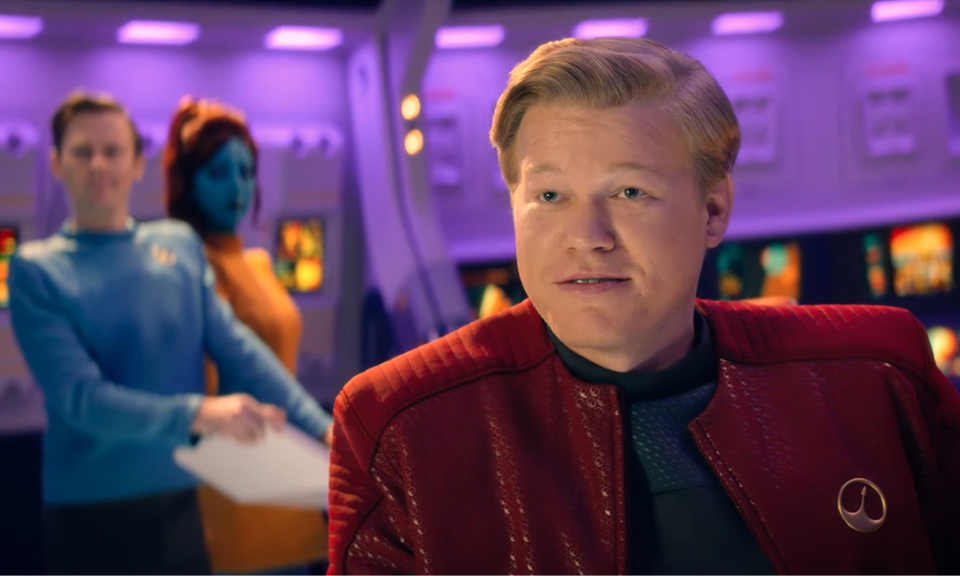 Robert Daly (Jesse Plemons) likes to steal the DNA of people who have wronged him and inject them into  his massive multiplayer online game Infinity. Credit: Netflix

In the first episode USS Callister, for instance, Nanette Cole (Cristin Milioti) finds that her consciousness has been replicated and uploaded in a Star Trek-like virtual world, controlled entirely tyrannically by Robert Daly (Jesse Plemons), her boss, who in real life is socially awkward.

The world is the very embodiment of Daly’s ego, populated by replicas of people he feels have wronged him, except here, he is like a god, and he can exact revenge in sadistic and humiliating ways. The prisoners of Daly’s testosterone-fueled world are expected to play their submissive parts, massage his fragile male ego, grovel and cater to his manly stereotypical fetishes.

With Cole’s arrival, resistance mounts, and Cole eventually engineers a plan to rescue the prisoners from their endless virtual reality. True to Black Mirror‘s nihilism, the prisoners decide non-existence is a better choice than living in a world where even the freedom to die depends on Daly. The episode gave the good-versus-evil binary a wide berth, and instead packed in complex questions about society, morality, and what it means to be human. The hero, for me, was of course that the woman exercises agency and ultimately shatters an essentially male ego.

The second episode, Arkangel, directed by Jodie Foster, is about an entirely different sort of woman, a mother, who is pathologically worried about her child – somewhat reminiscent of Foster’s own movie Flightplan. Arkangel serves as a warning about neurotic parenting and invasive technology. But the plot develops weakly and concludes too quickly with unnecessary violence.

The twist in the end, which is characteristic of Black Mirror, fails to shock, not because it is predictable, but because it isn’t convincing. The violence feels ill-fitted, there to purely provide shock-value.

Similarly, in the third episode, Crocodile, the relationship between technology and the effect that it has on the human beings seems disproportionate and insufficiently explored. By regular Black Mirror standards, the narrative arc felt somewhat diluted.

The women in these two episodes begin fairly stable, but they snap into psychotic behaviour all too quickly. In Crocodile, Mia (Andrea Riseborough) is confronted with technology that can render her memories visually onto a screen for other people to view. It plays out like Scandinavian noir, set against bleak snowscapes, but the episode lets you down despite so many things working for it, such as the series of events that lead to Shazia (Kiran Sonia Sawar) and Mia meeting. It passes the Bechdel test with flying colours but finally collapses into a mess of inexplicable gore.

Hang the DJ is the Internet favourite for season four especially since it resonates with ‘Tindering’ millennials. Since season three, Black Mirror has been cautiously testing the waters of hope with episodes like San Junipero. Hang the DJ is season four’s break from the bleakness: will the caprices of love triumph over a rigid, mechanical algorithm?

Though not terribly compelling for the most part (despite being a stunning visual experience), it was the twist in the end that totally turned the narrative around. What was presented as a juxtaposition of human-ness and soulless technology, ended up being not a juxtaposition at all, because the humans, Amy (Georgina Campbell) and Frank (Joe Cole), who rebelled against the System for love, are actually simulations created by the System to test its algorithm. The protagonists aren’t real, but they emulate exactly the experience of being human.

So the darker side of this otherwise hopeful episode is that the entirety of human experience, even the ability to love can all be distilled into numbers.

In the fifth episode, Metalhead, directed by David Slade, Maxine Peake plays Bella, a woman on the run from killer robot dogs in a post-apocalyptic world. Bella as a character is great: she’s strong, somewhat masculine, determined, but also vulnerable. The entire episode is scraped clean of details that would help to situate the characters, and reduced to just the chase.

It’s a nail-biting, edge of the seat sort of suspense-thriller narrative, but not much else. The invincible robot-dogs are no different from the villains that one usually finds populating technophobic narratives. As such, it made no great departure, and was overall, underwhelming as a plot.

In the final episode, Black Museum, the protagonist is once again a woman. But here, finally, Black Mirror gives in to the good-evil binary, by finally embodying the evil in the character of Rolo Haynes (Douglas Hodge).

It’s as meta as it gets: an anthological episode in an anthology series, Haynes narrates three different stories to Nish (Letitia Wright) as they walk through a museum of technological artefacts that have been deemed inhumane. He tells the stories with inappropriate pleasure, and in each, Haynes was the man who pushed the experimental technology on people that led them to disastrous consequences.

Nish is the warrior for good here, come to exact revenge for her father (who was one of Hayne’s victims) and right Hayne’s wrongs by giving him a dose of this own sadistic medicine. Each of the stories that Hayne’s narrates in relation to an artefact are horrifying and brilliant in the classic Black Mirror aesthetic, but the overall plot for the episode is fairly straightforward and unremarkable.

Overall, season four is weaker than what we are used to, because the hero is not the technology itself, but the worlds built around that technology. The narratives are watered down and much of the compelling texture of the series is lost. That aside, Black Mirror still makes for very good television.