Behind the Independence of Japanese Kids Lies a Culture of Community

Children are trained to take the subway, run errands and to even make the journey to their school by themselves due to a widespread trust in its society. 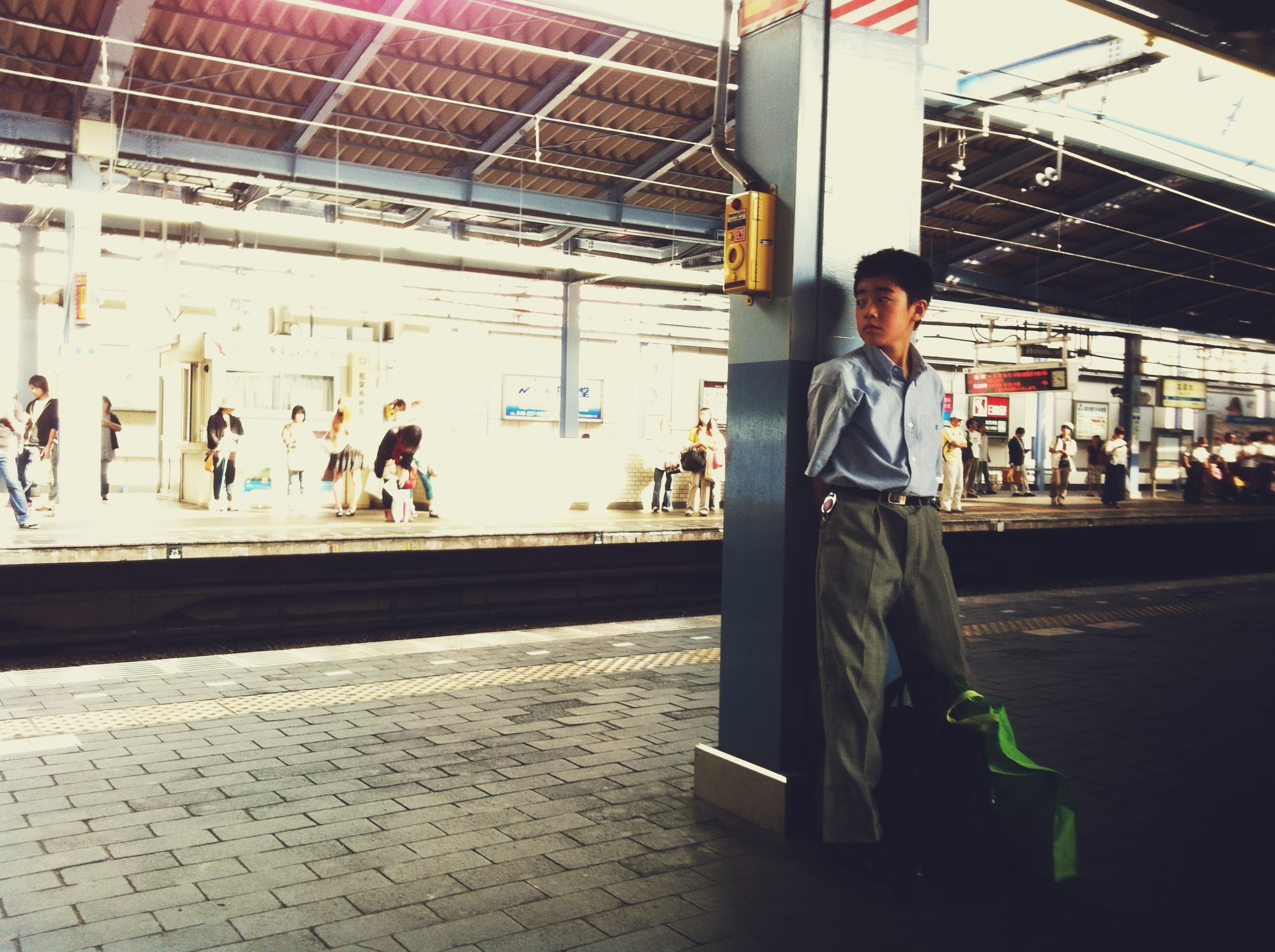 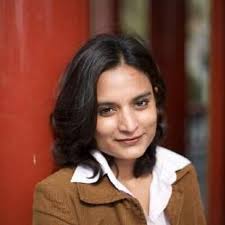 Tokyo: The first time I saw a little kid of about six years old, wearing a school bag that was nearly as big as him and wandering alone down a busy Tokyo road, I ran after him to offer help. Obviously, I thought that the young boy had somehow lost his parents. But before I could even catch up, he pulled out a metro pass from his pocket and disappeared with a cheery unconcern into the bowels of one of the capital’s busiest subway stations.

Gradually, I became inured to the sight that is unthinkable in every other big city that I have lived in (New Delhi, London, Los Angeles, Beijing and Jakarta) of elementary school-aged children – sometimes in groups, but often singly – hopping onto buses, changing trains in subway stations and walking along thoroughfares on their way to or from school.

In Japan, this is the norm.

When I posted a picture on Facebook of a young Japanese schoolgirl waiting for a metro by herself, friends from India were amazed and envious. “In Delhi, even my 13-year-old is walked to the bus stop about seven minutes away,” someone commented. “We don’t let our six-year-old go out to the park without a posse of ‘guards’” another friend wrote, to which yet another added, “Actually we don’t even send them to the park anymore. Sad and so unfair when you see how life should be lived.”

In Japan, children begin travelling to school by themselves from grade one of primary school, when they are about six years old. Kids who attend a public schools in the neighbourhood that they live in, walk to school, while those who are enrolled in private schools – often located in distant parts of the city – take the metro or bus, or a combination of the two.

The training for this journey begins when children are in kindergarten, when they watch their older siblings going about on their own. Parents show them how to safely cross roads and point out places where they can go for help if they are ever in trouble. Twenty-five-year-old Daichi Ushiki, who works in an IT company in Tokyo, told me that it had been drilled into his head for as long as he could remember that in any emergency, he should head to a convenience store like a Seven Eleven to ask for help.

Due to its low homicide and violent crimes rate, Japan regularly comes out on top of the list of the world’s safest countries. According to Japan’s National Police Agency, last year, the number of crimes reported hit the lowest level since the end of the second world war.

In addition, public infrastructure is of a higher quality. Trains are regular and on time. Crucially, there is an accepted reliance on community that is more reminiscent of a village than of a big-city culture. In an article in The Atlantic magazine, Dwayne Dixon, a cultural anthropologist who specialises in Japanese youth, is quoted as saying, “[Japanese] kids learn early on that, ideally, any member of the community can be called on to serve or help others.”

This assumption is reinforced at school, where children take turns cleaning classrooms and toilets, instead of relying on staff for these services. The collective performance of such duties fosters a sense of interdependence and of a joined ownership of public space. The result is a reliance on the group, so that when children are out in public, they believe that they can count on others to help out if needed.

Schools also distribute a special yellow patch that first graders wear on their uniforms, which identifies them as newbies to the art of navigating in the city. Adults keep a special eye out for these patch-wearers. Retirees sometimes volunteer to usher children across roads safely while they go to school. Households can also volunteer to display signs outside their homes indicating their willingness to provide refuge to any child in distress.

Nonetheless, parents in Tokyo are not always as carefree as it may seem about sending their young out into the city on their own. A generalised trust in society is often supplemented with an array of technologies, including mobile phones and GPS trackers. A Tokyoite, Maho Furuya, who is a friend from my university days in England, has a boy and a girl the same age as my children: eight and five.

The eight-year-old boy takes a metro to school. My friend has armed him with both a phone and a GPS locator, but says she still worries constantly.

Although the two years that her son has been commuting solo have largely been incident free, there was one occasion when the train he was travelling on stalled. The boy, who was only six at the time, called his mother, but was unable to explain exactly what was going on. The subway stop he was stranded at was an enormous junction with multiple exits. Furuya had to instruct him to take a train back one stop so that he could wait for her to pick him up at a station with relatively few exits and less chances of getting lost. “It was very stressful,” she recalled.

Like many parents in Japan, Furuya has little choice when it comes to her son’s school commute. An increasing numbers of Japanese women work and cannot leave office mid-afternoon for a school run. But schools in Japan rarely operate buses, with expense and complicated routes as way of explanation. Many private schools don’t allow parents to pick up children by car at all. It is the cultural norm to expect the children to manage by themselves, for which systems are established accordingly.

Moreover, the children themselves tend not to want their mothers or other adults to accompany them to school, since it’s seen as babyish. As soon as he started first grade, Furuya’s six-year-old told her that he didn’t want her following him. Peer behaviour is a strong influence.

After observing kids younger than him traipse about the metro system, my older son, who has only lived in Tokyo for about a month, has already begun clamouring to be allowed to travel to school alone. Since he doesn’t speak Japanese and given that it is a two-change, half-an-hour metro ride to his school, I have refused.

Tokyo might have some of the lowest crime rates in the world, but it is also one of the world’s most natural disaster-prone cities. The idea of my children adrift in the middle of an earthquake is enough to drench me in a cold sweat, which is, in fact, exactly what happened to Yuriko Okubo, the mother of two kids who study at Gakushuin, an elite private school in Tokyo.

Her kids were in third and fifth grade when the March 2011 earthquake, the most powerful ever recorded to have struck Japan, shook the country like a rag doll, leading to thousands of deaths, as well as meltdowns at the Fukushima nuclear reactors.

Yuriko was at the children’s school for a parent teacher association meeting when the earthquake struck at 2:46 pm. Her son had already left school at 1:50 pm and her daughter at 2:20 pm. They were making their way individually to their grandmother’s house.

Yuriko’s son had exited the metro and was walking towards his grandmother’s house when the ground convulsed. Telegraph poles and road signs began to sway wildly. He was terrified. The daughter was in the subway at the time. Frightened, she ran outside and called her mother.

Even with the help of a GPS tracking device, it took Yuriko a nail-biting 40 minutes to locate her daughter. The road shuddered and rumbled as she drove. But when she finally found her daughter, a stranger was rubbing her back in comfort. Another stranger had leant the child a 10 yen coin to make the call to her mother. The reliance on the larger community that many of Japan’s social conventions assume did not prove to be unfounded.

Both of Yuriko’s kids survived the earthquake unscathed and have continued to travel to school alone. Yuriko believes that more Japanese schools should make buses available, but it is hard to change a system that has been in place for generations. She walked to school by herself as a child, as most adults in Japanese once did. And despite the occasional hiccup, there is a considerable resilience in the system.

I am also learning to trust more than I’m actually used to. Since last week, I have been leaving my older son at the bottom of the metro station escalator that he rides to get to his school. Once over ground, it is a 15-meter walk to the school, but allowing him to do it unsupervised means that I myself have walked a much longer distance as an Indian parent. When I asked my son how his experience of the first day he made the short journey alone was, he replied: “It was excellent. I’m still alive.”