Away From Home, A Kashmiri Pandit Is Reviving His Language

Rajendra Koul Premi publishes his poet father's books so that the new generation of Kashmir Pandits do not forget their roots, culture and language.

Rajendra Koul Premi cups his cheeks as his gaze is fixed on an army of ants feeding on breadcrumbs near his feet. In his lap lie the hardcovers of several books translated into Kashmiri by his father, which he has recently published. In seclusion, away from the hustle and bustle of city life, sitting on the stairs of the Swami Laxman Joo Ashram in Delhi, Premi reveals the motive behind publishing his father’s work. 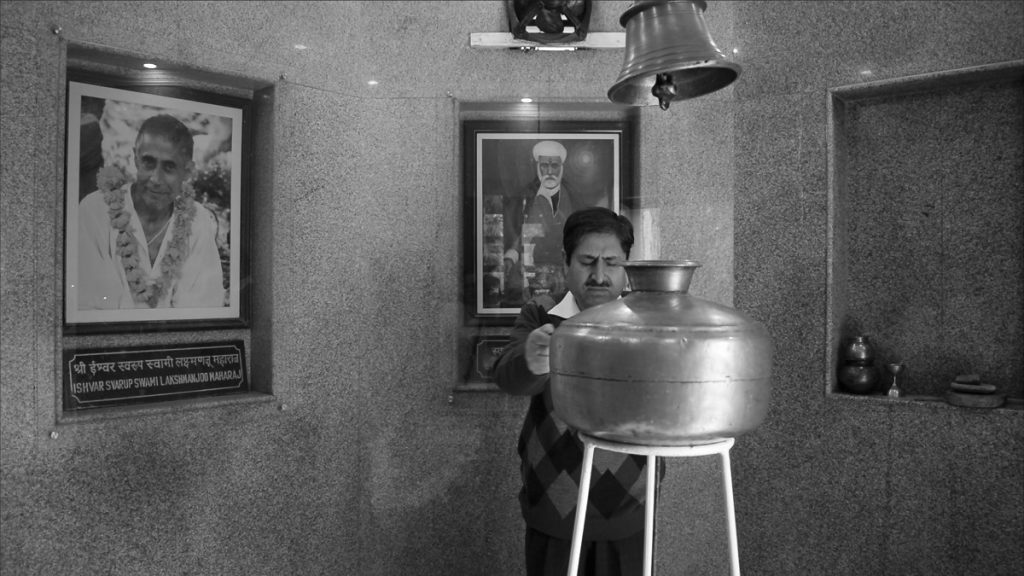 “Kashmiri Pandits are losing their identity. The Pandit youth don’t know how to speak Kashmiri. Our generation was fortunate enough to be brought up in the Valley. But now, when I look at the next generation, which has not been brought up in Kashmir, I don’t see a reflection of my identity. It scares me to death. Sometimes it scares me more than that dark night in 1990 when I had to leave my homeland.” A book written by his father and published by Premi. Credit: Hanan Zaffar and Akhilesh Nagari

On the night of May 5, 1990, Premi left Kashmir, barely a week after his father and brother were killed by ‘unidentified’ gunmen. They had been driven out of their home. Kashmir was tense and an overwhelming majority of the Pandit community had already left the Valley. Premi also decided to leave, but with the hope that he would return.

Premi’s father Sarvanand Koul Premi was a famous poet and the headmaster of a local school. His reluctance to leave Kashmir cost him his life. “My father always believed there is nothing to fear. He would say, ‘My students won’t let anyone harm us.’,” says Premi. 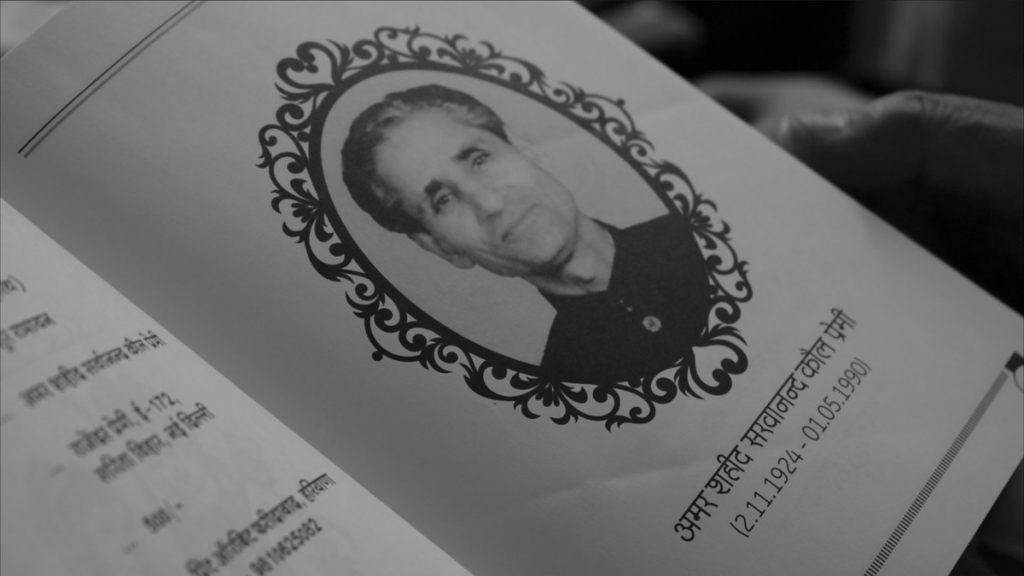 He says the people of his village – Soaf Shali  in Anantanag district – called for a meeting and decided that the family of Sarvanand Koul Premi will live there without any fear. “The whole village assured us that they would not let anyone touch us. So while other Pandit families were leaving Kashmir, we decided to stay. But ultimately, it proved to be that the situation was beyond their control.”

Premi channeled his pain into preserving the legacy of his father. Nearly 30 years after leaving Kashmir, he started republishing his father’s work in Kashmiri. But when sales were abysmally low, he started distributing them free of cost. Soon, he realised that the books weren’t being bought because the next generation of Kashmiri Pandits could not read the script. 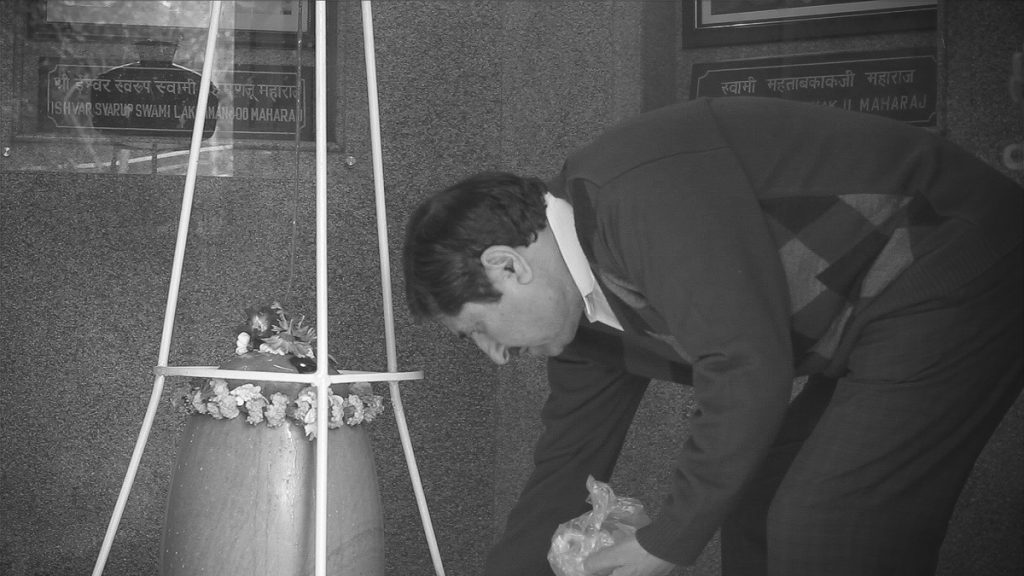 “Keeping this in mind, I began recording my father’s work on audio cassettes, which also I distributed for free. I just don’t want the new generation which has been brought up outside Kashmir to forget their roots, culture, art and most importantly, their language. It is important for us as an older generation to nurture the next one so that they can also feel the pride of being a Kashmiri,” he says. 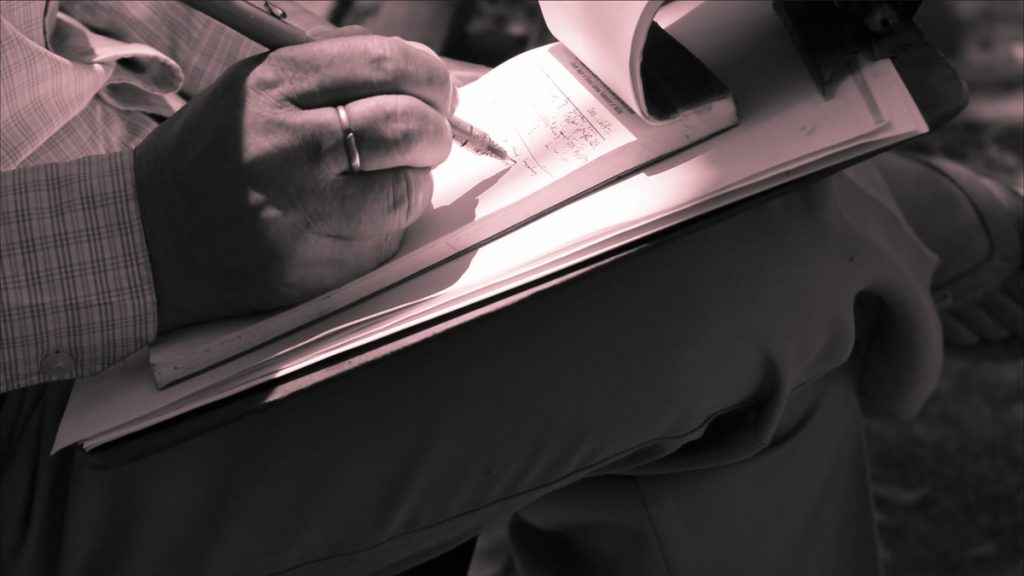 Premi feels that if Kashmiri Pandits don’t want to lose their identity and sense of belonging to Kashmir, they need to preserve their language. “To preserve the language, I republished my  father’s old work. They include Kashmiri poetry and translation of Bhagwat Gita and Ramayan, both in Urdu as well as Kashmiri.”

“Language is the only medium through which one can connect with his/her roots while living in exile,” Premi says with discernible hope on his face.