Amidst much controversy over the location of the government-backed Museum for Prime Ministers, architect Raj Rewal claimed its design is plagiarised from his design of the library block of the State University of Performing and Visual Arts in Rohtak. 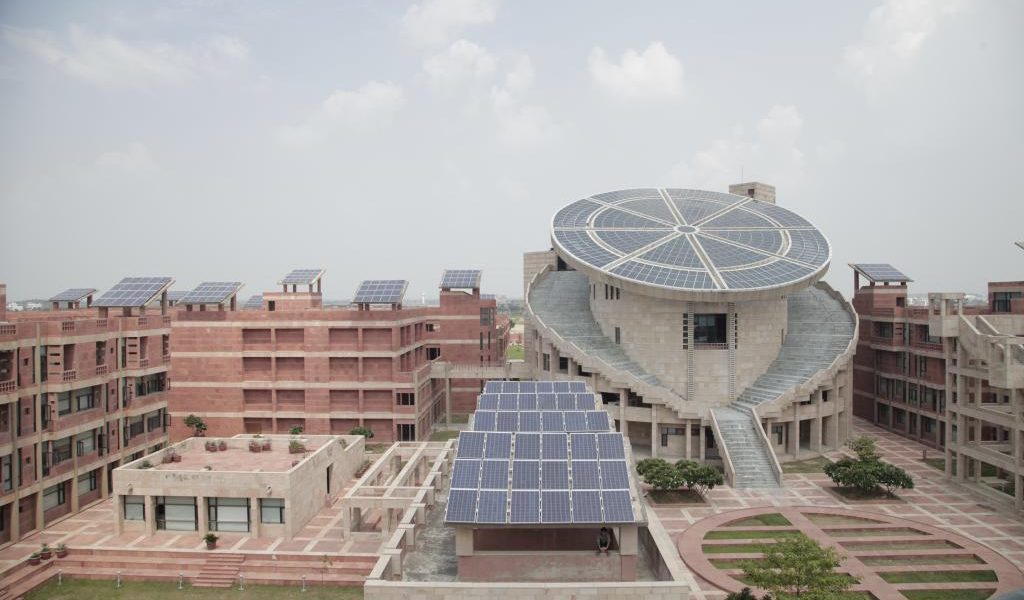 New Delhi: Leading architect Raj Rewal has claimed that the design of the Museum of the Prime Ministers of India (Museum of PMs) in the Teen Murti complex is plagiarised from his design of the library block of the State University of Performing and Visual Arts in Rohtak.

According to the Indian Express, in a letter to Nehru Memorial Museum and Library director Shakti Sinha, Rewal’s company said the Ashoka Chakra on the slantng roof of proposed design is a “rip-off” of his design.

We are astonished to notice that the salient feature of the Ashoka Chakra (Dharma Chakra) on the slanting roof of the proposed design is a rip-off of the design by Mr Raj Rewal… In fact, this building is the focal point of the entire campus of 22 acres of land… The design of the campus and the library in particular had been published prominently in various architectural magazines in India and abroad, which received wide acclaim for its innovative design.

The designers of the museum, Sikka Associates Architects, called the allegation of plagiarims “baseless”. 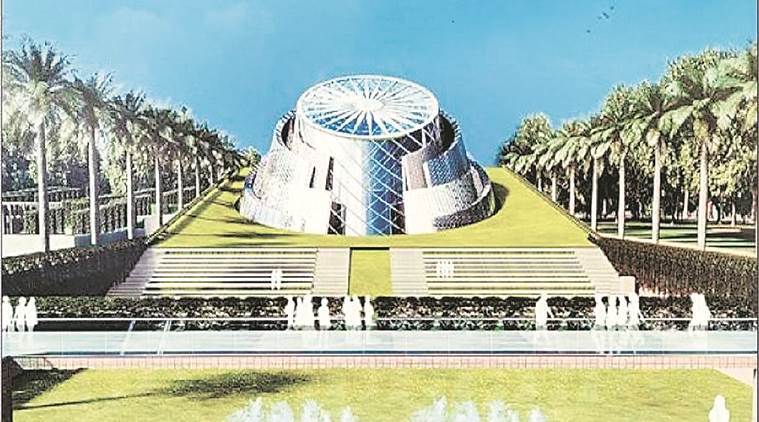 Dharma chakra design for the Museum of PMs.

Raman Sikka told the Indian Express that the design was conceptualised to “represent the hands of Prime Ministers shaping a rising nation” and the Dharma Chakra from the flag is a “symbol of a rising India”. Calling the allegation of plagiarism baseless, he said the concept is unique. “One cannot break down parts of a building to find other similar parts. The building and its concept have to be seen as a whole,” he told the Indian Express.

The similarities between the two are uncanny. Rewal’s design features a central disc with photovoltaic cells to generate electricity, placed atop a sandstone perch. The incline in the disc is closely mimicked by the Sikka design.

NMML director Sinha was apparently unaware of the letter. He said the design was chosen collectively by a jury, which included an architect. “We will certainly investigate the architectural plans and ensure there is no violation of any legal norms,” he told the Indian Express.

Copies of the letter were also sent to the ministries of culture, and housing and urban affairs.

This latest controversy comes in the wake of a contentious debate regarding the location of the Museum of PMs. After a meeting held in July, Sinha and Congress leader Jairam Ramesh got into a heated tussle over whether the museum would be built on Teen Murti grounds or not. Ramesh, along with other prominent opposition leaders, brought said nothing had been decided in the meeting since there was strong opposition to sidelining Nehru in the Teen Murti complex.

In early October, despite continued opposition from Congress, the Centre moved forward with the plan to build the museum at Teen Murti. According to the Times of India, on Monday, Union culture minister Mahesh Sharma led the ‘bhoomi poojan’ for the new museum and laid the foundation stone on the lawns.