It recovers the secret history of the country's resistance music culture from the 1950s to the late 1980s – censored, suppressed, prohibited and made almost impossible to listen to during apartheid.

The guitar man. ‘The chords reached a crescendo as the Casspir drowned the song in its passing,’ says the photographer of taking the shot. Photo: Stolen Moments Namibia/Facebook 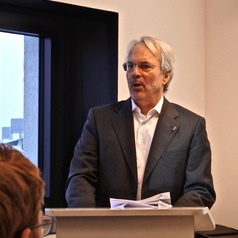 There is a rich history of 20th-century music in Namibia that was suppressed and all but erased by political forces. Now an archive project called Stolen Moments – Namibian Music History Untold is restoring it to the public domain.

It is a national treasure hunt for the Namibian music culture that wasn’t allowed to flourish during apartheid in Namibia when the country was under white South African control. In the project’s own words, it recovers “the bits and pieces of our musical memory from the 1950s to the late 1980s” by collecting personal stories as well as visual and sound documents.

Stolen Moments is the brainchild of a research group composed of academic Aino Moongo, filmmaker Thorsten Schütte and musician Baby Doeseb. Some of the results of the archive gathering process are already being displayed. During a 2016 exhibition at the Iwalewa House of Bayreuth University the curator of the project, Moongo, presented insights into the work in progress. The exhibition was also shown at the Basler Afrika Bibliographien, at Kunstraum Kreuzberg and the Brunei Gallery. Given that “very few Namibian bands made it onto the airwaves or the regional or international stage,” said Moongo, such visibility is a long-overdue recognition of a sub-culture. As Moongo elaborated:

There are many reasons why you’ve never heard this music before. It was censored, suppressed, prohibited and made almost impossible to listen to. Its creators are either long gone or have given up on music making for reasons of adversity, death and despair. And yet this beautiful music exists with a liveliness, as if it never stopped playing.

Schütte recalls discovering the hidden gems while he was recording a radio promo for a film production at the Namibian Broadcasting Corporation in 2010.

There were a great many artists all over the country from different ethnic groups that were playing and performing, but under circumstances that were very, very difficult … The first big hurdle was that the music of the locals was never considered as anything meaningful that was meant to be preserved.

Until 1960, the so-called Old Location had been the biggest settlement of black Namibians in what was then South West Africa. In direct proximity to the “white” parts of the capital, Windhoek, its inhabitants were forcefully resettled to Katutura at the outskirts of town. The Old Location was closed in the mid-1960s. Writing its social history remains work in progress.

It had a vibrant inter-ethnic culture, which the apartheid system aimed to destroy through the deliberate segregation of inhabitants into “tribes” and the forced separation of “Coloureds” (mixed-race Namibians) into the new suburb of Khomasdal. Dancing competitions and music performances were an integral part of the weekend life. A young photographer, Dieter Hinrichs, documented these events in 1959 and 1960. He donated his rare photos to the project.

With the forced resettlement to Katutura (which means “a place where we do not stay”) local forms of music did not fade away. Rather, they re-emerged as a poignant form of counter culture, manifesting resilience and perseverance.

Axali Doëseb, co-founder of the legendary band Ugly Creatures as well as the composer of Namibia’s national anthem, recalled that in the 1960s and 1970s:

we used to have what you call the ‘klop knock’ music where artists would go from door to door and perform and the audience would give them something.

The Ugly Creatures was founded in 1971 as a high school band in a Lutheran boarding school in a rural setting. They soon became the most popular and the most political local band. But their live performances at rallies held by the liberation movement Swapo limited their mobility and career.

Political repression paralysed the advancement of Namibian pop music. Many local talents ended abroad. Among them was the late Willie Mbuende (1947-2015), who became an acclaimed bass guitarist in the Nordic countries before returning home in 1989.

Jackson Kaujeua (1953-2010) grew up in the Old Location. Dubbed “the musical voice of the struggle”, he was the icon of the Namibian music scene abroad. He played a key role in the production of a vinyl record released in 1978 with freedom songs by The Swapo Singers. 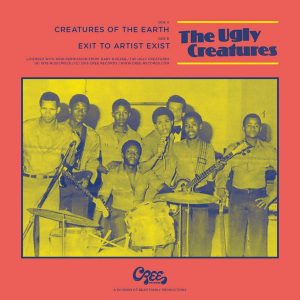 A seven single release of Creatures of the Earth by the seminal band The Ugly Creatures. Photo: Cree Records

Proclaiming a desire for independence, his song The Winds of Change entered the British charts, the only Namibian song to do that to date. Returning to Namibia, he became a popular musical voice during the 1990s.

In 2002 Kaujeua was awarded the inaugural Namibian Lifetime Achievement Award. But he died in poverty of kidney failure, unable to afford treatment. Despite the crucial role he played as a musical ambassador for the liberation struggle, his post-independence life remained anything but that of an acclaimed artist.

Only in death was he recognised by the political leadership, when the country’s president, prime minister and leading politicians joined thousands of mourners at his funeral. In 2014 the Windhoek municipality named a street after him.

Sadly, the end of Namibia’s occupation also brought an end to the performances of those who had used their music as a weapon of resistance. But they have not all been forgotten. Some have made themselves heard again by touring the country to keep “the musical fire burning”.

Dubbed “Namibia’s live music brand of all time”, a new formation of the Ugly Creatures reappeared in 2007 at a Windhoek jazz festival, followed by a concert in 2008. The Namibian Annual Music Awards honoured Axali Doëseb 2014 with a lifetime achievement award. Two other legendary artists of the 1970s and 1980s jazz and jive music scene received lifetime awards in 2018.

Also Read: ‘Baby, It’s Cold Outside’ – But It’s Heating Up on Social Media

Finally, some of the most prominent township veteran musicians reconstituted into the Hometown Band. The first public concert was in August 2019. As one of them stated:

A lot of our peers have retired and I thought that if I also retire, it could mean that the music of our generation was going to die. We want to be an inspiration to other musicians and influence people to play music from their hearts.