Who Takes Exception to the Hijab?

The history of the veil has shown that both unveiling and veiling are complex signifiers that have changing meanings. 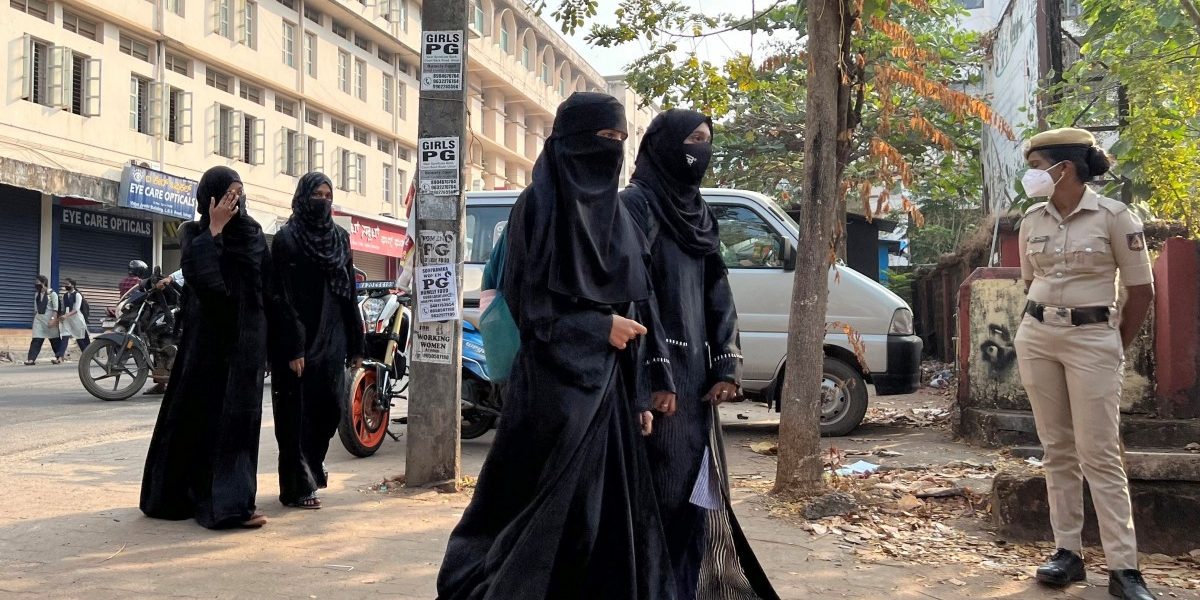 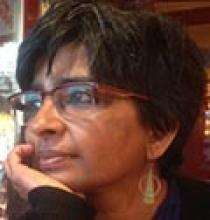 I probably belong to a tiny minority of Indians who studied in a school that didn’t have a uniform. This made us feel special. It also made life simpler as one could jump into whatever was at hand and run out to school. For the most part, we were an ill dressed and shabby lot but that was perhaps par for the course for those who grew up in the 1960s and 70s.

Yet, I have spent a large part of my life being told by friends that having a uniform is essential and that it works as an equaliser. This is an argument that I find quite absurd, as it is patently clear that poor children going to government schools wear uniforms made of very poor material whereas their wealthier counterparts going to private schools wear clothes that look almost designer made.

Within schools themselves, especially where the middle and upper middle classes send their children, students are marked by any numbers of differences. From bags, lunch boxes to other accessories like pencil cases, watches and now smart phones, difference – despite the attempt at sartorial uniformity – is the reality. And such difference is just the tip of the iceberg.

Interestingly enough, the principal of our school during my years there, a Miss Sengupta, was once asked why we didn’t have a uniform. Her reply, which every ex student can recite by heart was, “I want my students to be butterflies, not soldiers.”

Today, she would have been termed ‘anti-national’ for making this point.

What she said goes to the heart of the present hijab vs uniform controversy that, as is evident to anyone with a modicum of political intelligence, is a row engineered by the right-wing in the BJP-ruled state of Karnataka. With this, a non-issue becomes one that threatens the education of hijabi Muslim students in the affected educational institutions in Udupi (and in time, elsewhere). Any amount of logical rebuttals are of no value here as this has cleverly been turned into a question of upholding dress codes in schools, which with the legal turn is tied to a court judgment.

The school uniform, which until now didn’t seem to have been all that inflexible – after all, the same students had been attending school/pre-university college until now – has now acquired the status of an inviolable law. Likewise, the hijab, with its many meanings, has, in this instance, been reduced to being a marker of intransigent Islam.

My interest in this controversy is to hear the voices of the young Muslim women, with or without the hijab. For the most part, I have found – in interviews done by the affected students, or statements they have made – that they are clear headed, articulate, and angry about not being allowed to attend class on the grounds of a trumped up excuse. They understand both the politics behind this move as much as they wish to return to their classes. What is striking is that they aren’t obsessed, as their Hindutva detractors on the streets or online are, about the hijab. It is a part of them, and gives them a sense of self. And that is all there is to it.

Listening to the passionate young Muslim women students who have been protesting for their right to wear the hijab has been both moving and enlightening, and I was reminded of Afsaneh Najmabadi’s brilliant essay on veiling, where she reads early 20th century male reformist writing in Iran against late 19th century women’s critique of patriarchy. In brief, she reads Iran’s cultural shifts to argue that while the male reformers unveiled women with the objective of rendering them modern, these women could never match the razor sharp, raunchy, rebellious and biting, feminist tongue of their burqa clad forbears.

In other words, the modern Iranian women, though unveiled and schooled in new ways, were condemned to carry the civilisational burden of a ‘veiled’ – as in polite and ultimately docile – tongue. Cutting to the 21st century, it is evident that while there may be some convergence between Islamist ideas of pious subjectivity and those espoused by a generation of younger believers, it is also evident that their sense of self assurance comes not only from Islamist, or are even da’wah inspired, notions of devotion but also from strong strands of criticality (like ijtihad) that are intrinsic to Islamic philosophy.

That aside, the ongoing oppositional movements in India, with their repeated references to the constitution, have provided these young women with a language to articulate their rights. Far from being a silent and oppressed lot, they are perfectly aware of what they want out of the education system. Their self confidence and clarity is ample proof of the fact that the hijab has been no hindrance to their education until now.

The history of the veil has shown that both unveiling and veiling are complex signifiers that have changing meanings. In India, we have instances of both unveiling and veiling that have been initiated by Indian Muslim women (and here, I am not even entering the domain of ‘purdah nasheen‘ Hindu women across caste from north India, to Nambudiri Brahmin women in Kerala who could not be seen in public without an umbrella (marakuda) veiling their face).

The early 20th century saw many Muslim women joining the national movement, giving up veiling, as they believed this was the only way for them to change their own and the country’s future. More recently, and in an atmosphere of heightened Islamophobia in India and the world (especially post the demolition of the Babri masjid, followed by 9/11, and the Gujarat carnage), Muslim women in India, like their counterparts across the world, have donned the hijab, naqab and in many instances the burqa. The reasons are varied, but at the heart of this is a coming together of a desire for community identity, cultural and political visibility and assertion, and a need to be safe within their own community in bigoted and Islamophobic contexts. Essentially, in many instances, the young women wearing the hijab have chosen to do so on their own volition.

Having said that, Muslim women’s assertion doesn’t come only through donning the hijab. As with women of every caste and community, there is obviously immense internal difference, be it of political affiliation, forms of articulation, or about ideas of self assertion. Under normal circumstances, there would have been no need to state this rather obvious fact. However, in today’s India, this needs to be emphasised. The reason for doing so is that while the coming together of Islamophobic and liberal feminist discourses in the West produced the idea (and image) of the oppressed and servile Muslim woman who needs saving (a point Leila Abu-Lughod’s superb book Do Muslim Women Need Saving makes very effectively), in Hindutva-ised India, the impulses differ.

While the “saving Muslim women” [from Muslim patriarchy] impulse can be seen in action in instances like the present government leaping to outlaw the dysfunctional practice of ‘triple talaq’, in India this savior complex is twinned with a far more powerful urge to marginalise Muslims and subdue them into submission through the use of different forms of violence.

Thus, the demand to unveil hijabi students in the language of conforming to specific institutional dress codes is designed mainly to humiliate them into submitting to the will of the majority. The ‘uniform’ rather than the hijab is what we must focus our attentions on – both as a repressive dress code, and the far more dangerous potential that ‘uniformity’ has for eroding personal laws, and cultural and religious differences within the country.

This is the manner in which the idea of ‘uniformity’ is invoked in the Uniform Civil Code. As is known to many, the UCC came out of the women’s movements’ desire, via B.R. Ambedkar, to create a non-denominational set of laws that could have the potential for creating greater gender justice – especially in matters considered ‘personal’, i.e. pertaining to marriage, family and inheritance practices.

However, feminists, seeing the potential for its grave misuse, abandoned the UCC in the wake of growing communal violence through the 1980s. Predictably, under the pretext of “saving Muslim women” the BJP appropriated the demand for a UCC, though in its post Modi avatar that pretense has finally been abandoned. Uniformity, as in homogenising a country with immense cultural and religious diversity, is what underwrites the Hindutva agenda. This is now articulated quite openly by many, and is seen as an essential prerequisite for completing Project Hindu Rashtra.

Is it then any surprise that the attack on the hijab has been led saffron-clad goons who have suddenly woken up to the repressive potential of the school uniform?

We have a constitution that guarantees Indian citizens a wide variety of rights, including the rights to religion and education. Disallowing hijabi students from attending classes is a direct contravention of these rights. Not resisting now will be the triumph of majoritarian bigotry, and the making of pliant and infinitely replicable subjects in a uniform rashtra.