Justice Deepak Gupta said the tweet from the UP CMO is “a tweet against the law of the land”. 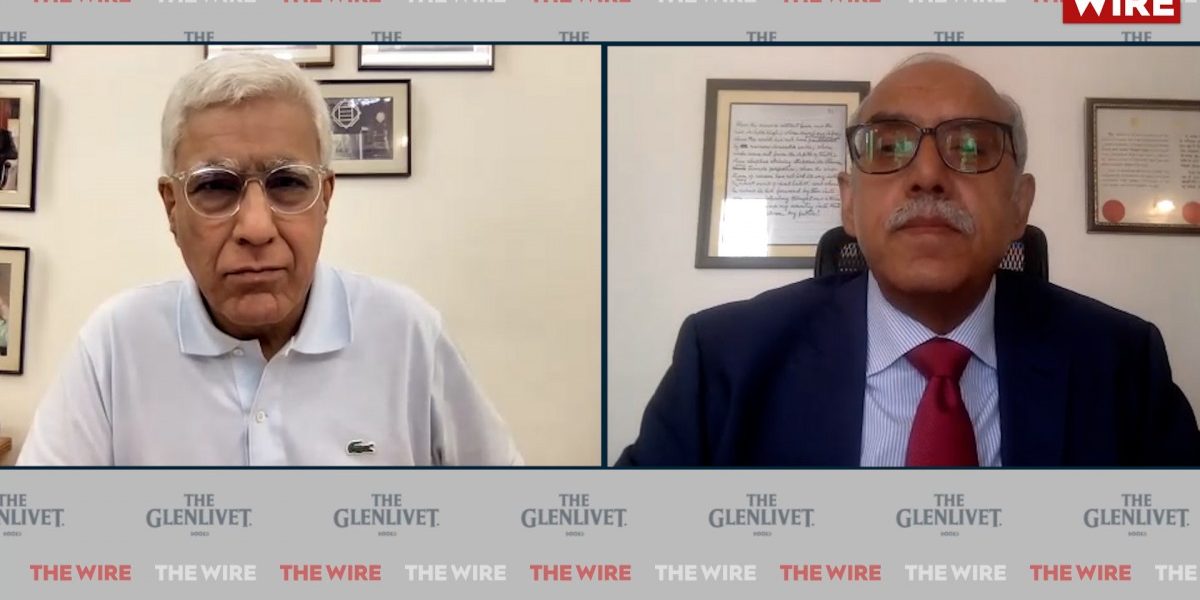 A former Supreme Court judge has said that celebrating a Pakistan cricket victory over India is “definitely not sedition and it’s ridiculous to think it is”.

Justice Deepak Gupta said the tweet from the Uttar Pradesh Chief Minister’s office stating that Kashmiri students in Agra who celebrated Pakistan’s World Cup victory over India would be charged with sedition is “a tweet against the law of the land”. More importantly, he added, the tweet “is not a responsible statement, it is an irresponsible statement”.

In a 18-minute interview to Karan Thapar for The Wire, Justice Gupta went further to say that celebrating a Pakistani victory over India may be offensive or unwise “but it is not a crime, it is not illegal”. As he explained: “A thing may be good or bad but that does not make it a crime or illegal”.

He added: “All legal actions are not necessarily good or moral” and then pointed out, “we are governed by a rule of law not a rule of morals”.

In The Wire interview, Justice Gupta also made clear that none of the other three charges brought against the Kashmiri students in Agra apply. They have also been charged with Section 153A, promoting enmity on grounds of religion, Section 505(1)(b), making statements which may induce others to commit an offence against the state or public tranquillity, and Section 66F of the IT Act which is punishment for cyber-terrorism.

Speaking in detail about the sedition charge, Justice Gupta said if the Chief Minister or his office had gone through the earlier Supreme Court judgements on sedition they would have known that what the Kashmiri students in Agra did is definitely not sedition. Therefore, the tweet from the Chief Minister’s office stating that these students will be charged with sedition is based upon ignorance of the law.

Justice Gupta said: “Sedition has no place in a civilised democracy”. He said his preference – which he also expressed in an interview to The Wire in March 2021 – is for the sedition law to be immediately abolished. However, if that does not happen he added: “The time has come for the Supreme Court to step-in and in no uncertain terms lay down if the law is valid or not and if it’s valid to specify what are its limitations and what guidelines must be followed.

Justice Gupta added that he hopes the Supreme Court does this “as early as possible”. He also said: “I would expect the Court will do this as soon as possible”.

Speaking about each of the other three charges the Kashmiri students in Agra face, Justice Gupta explained why they do not apply. First, with regard to Section 153A, which is about promoting enmity on grounds of religion, he said: “How does it (their alleged celebration) promote enmity?…Just because they belong to a particular religion? Have they said anything against Hinduism?”

Responding to the fact the Agra students are also charged under Section 505(1)(b), which is about making statements that may induce others to commit an offence against the state or public tranquillity, Justice Gupta said: “They were celebrating not inciting anyone to commit an offence.”  He added that if someone is provoked it’s that person’s responsibility and it cannot be blamed on the students.

Finally, referring to the third charge the Agra students face, Section 66F of the IT Act, which is punishment for cyber-terrorism, Justice Gupta said: “How does cyber-terrorism come into it?” He pointed out that the students were celebrating. They did not tweet or use social media. In fact, Justice Gupta also pointed out the college authorities have said no slogans at all were raised.

It is important to note that Justice Gupta was speaking specifically about the Kashmiri students in Agra about whom the UP Chief Minister’s office tweeted. He made clear that he was not talking about any celebrations of Pakistan’s victory that may have happened in Jammu and Kashmir.