Watch | 'Hindutva, Hindu Rashtra Only About Persecution of Muslims; Modi Encourages This'

India is as majoritarian as Pakistan and Afghanistan, author and columnist Aakar Patel tells Karan Thapar. 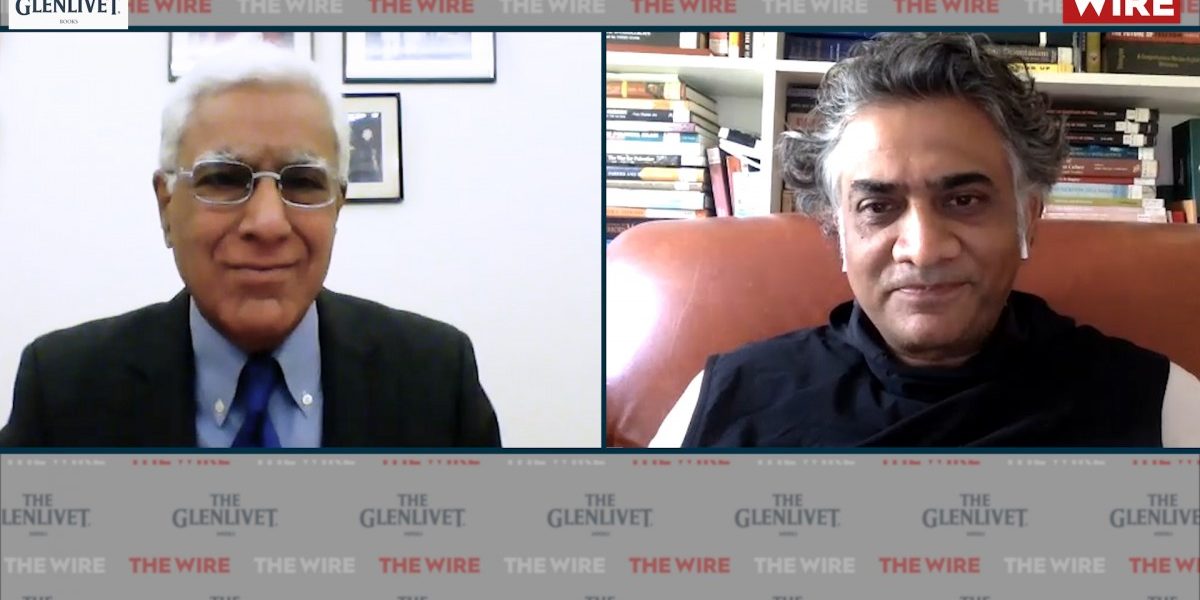 In an interview that is a forceful and outspoken critique of Hindutva and Hindu Rashtra, one of India’s most highly regarded columnists has said Hindutva is not an ideology but an anti-minority and, primarily, anti-Muslim prejudice.

Aakar Patel also says that the desire or ambition to create Hindu Rashtra, which lies at the core of Hindutva, “is purely about the exclusion and persecution of India’s minorities, particularly Muslims … that is all there is to Hindu Rashtra.”

He adds Prime Minister Narendra Modi’s record, both as chief minister of Gujarat for 13 years and as prime minister of India for seven years, shows that Modi “encourages anti-Muslim prejudice”.


In a 30-minute interview to Karan Thapar for The Wire to mark the launch of his book Our Hindu Rashtra: What It Is. How We Got Here Patel spoke at length about his analysis of Hindutva and Hindu Rashtra.

He said in classical terms ideology is understood as a doctrine of economic or political theory. Hindutva, as pursued by the BJP or its predecessor, the Jan Sangh, has never been consistent either in terms of its economic or political thinking. The only issue on which Hindutva has been consistent is the demand that Muslims give up their mosques, their personal law, their autonomy in Kashmir and now, more recently, the right to marry hindu girls or eat beef. This is why he believes Hindutva is not an ideology but prejudice and, specifically, anti-Muslim.

He said the concept of Hindu Rashtra as upheld by the BJP – in contrast to Nepal – “is purely about the exclusion and persecution of India’s minorities, particularly Muslims. That is the only meaning of Hindu Rashtra in India. It imagines India as a Hindu nation where the Muslim and christian exist on sufferance. That is all there is to Hindu Rashtra.”

Patel told The Wire that the aim of Hindu Rashtra seems to be the persecution of non-hindu minorities and not the betterment of the majority community. “The acquisition of authority in Hindu Rashtra is not towards bettering the lives of hindus but damaging, excluding and handicapping those who are not born hindu.”

Patel says that Hindutva never reveals itself in its full light. It often appears in disguise or even by deception. As he put it: “Hindutva has captured the Indian state but it sits behind the façade of Nehruvian secularism and inclusion. It pretends to be what it is not.”

Patel, therefore, comes to the conclusion that unlike its neighbours, who are majoritarian because that is how their constitution has defined them, India has become majoritarian through the backdoor i.e. “through the issues that parties and governments picked and stayed focus on till the majoritarian impact was achieved.” Asked if this means India is less majoritarian than Pakistan and Afghanistan or the same, Patel said that India is as majoritarian as these countries.

Patel pointed out India does not have a Muslim chief minister in any of its 28 states. In 15 there is no Muslim minister and in 10 there is just one, usually in charge of Minority Affairs. Patel called this “the deliberate exclusion of 200 million people”.

In the interview, Patel spoke about three specific examples of how Hindutva has targeted Muslims and which, he believes, shows how in independent India the entire system seems to be loaded against them. First, he pointed out that whilst the BJP talks of appeasement of Muslims, the truth is that in almost every sphere Muslim representation is way below their proportion of the population. For instance, they should have 74 seats in the Lok Sabha but only have 27. They are nearly 15% of the population but only 4.9% of state and central government employees, 4.6% of the paramilitary services, 3.2% of IAS, IFS and IPS and perhaps as low as 1% of the army.

The second specific example of how Hindutva excludes Muslims is Gujarat’s Disturbed Areas Act. It’s been in force for 35 years and Patel says its aim is “to keep Muslims out of other neighbourhoods than those traditionally Muslim”. In other words, “to ghettoise Muslims”. He says this means the state government decides where people who are Muslims can buy property and live. The purpose, he says, is to exclude Muslims from acquiring property and living in Hindu dominated areas.

The third example cited by Patel of how the Indian political system can work against Muslims is the judiciary. He says its delivered bewildering judgements such as Om is not a religious symbol and hinduism is not a religion but a way of life. In the Babri judgement, after accepting the mosque was wrongly and illegally demolished, the Supreme Court still gave the site to the people who demolished it. Most recently, the Supreme Court has repeatedly and deliberately delayed hearing critical constitutional issues like the change in status of Jammu and Kashmir and the Citizenship Amendment Act. Patel says: “the judiciary is pliant in India … it sides with the majoritarian view”. Many judges, he said, share the anti-Muslim prejudice that lies at the heart of Hindutva.

Giving details, Patel said that as chief minister of Gujarat, Modi never gave a ticket to a Muslim. He said beef-lynching started in 2015 after he became prime minister. It was in subsequent years that anti-beef laws were passed by BJP governments in Maharashtra and Haryana. More importantly, Aakar Patel says Modi has rewarded those who abuse Muslims and cited as examples Giriraj Singh and Niranjan Jyoti.

Finally, when The Wire asked Aakar Patel if the political success of Hindutva, particularly after 2014, suggests that a large number of the Indian people, possibly even a majority, share the anti-Muslim prejudice that lies at its core, he said this does seem to be the case. He said Modi’s re-election in 2019 and his undeniable popularity cannot be explained on the basis of the Prime Minister’s economic or administrative performance. Clearly it is because people identify with his anti-Muslim image.