Jeet Vashisth, who led the group, is a social media influencer with over 53,000 Facebook followers. A lot of his posts are in support of Nathuram Godse who assassinated M.K. Gandhi. 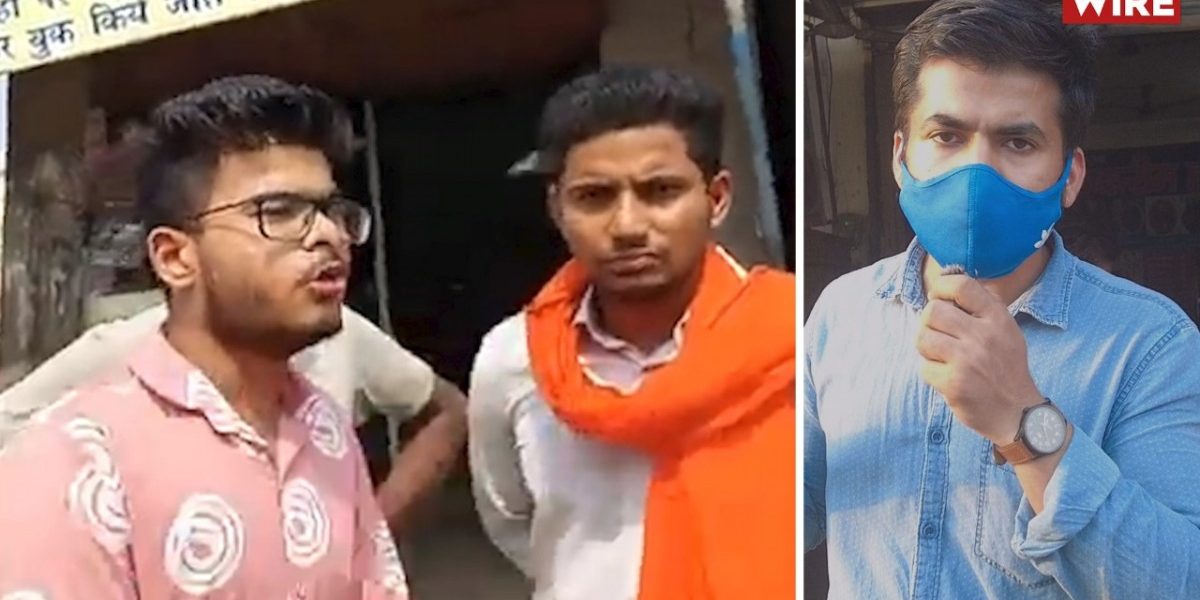 “A mob from the Bajrang Dal arrived and threatened us to close our stores on October 7,” Asif, a meat merchant, told The Wire.

A video of a group of people vandalising the shops of meat dealers in Faridabad, Haryana, has gone viral on social media.
Jeet Vashisth, a Bajrang Dal member, was the one who shot the video in Faridabad. In the video, Jeet can be seen threatening owners to close meat stores, stating that he had authority from the Commissioner.

Jeet Vashisth is a social media influencer with over 53,000 Facebook followers. A lot of his posts are in support of Nathuram Godse who assassinated M.K. Gandhi.

Vashisth introduces himself in the video, but SHO Mujesar Sandeep Kumar informed The Wire that the people in the video are unidentifiable and that no written complaint has been received yet. Action will be taken if a complaint is received, he said.

Asif, one of the meat merchants, described the incident to The Wire, saying that roughly six-eight people arrived with their faces covered.

“My shop is rented, how will I pay my rent?” Dilshad, who owns a restaurant in Faridabad, told The Wire. “I will not open my shop till Navratri ends because I’m afraid of being thrashed by the mob.”

When The Wire asked Mohammed Hashim, who also owns a restaurant and serves buff and chicken meat, what if the mob gets them in trouble by labelling it cow meat, Hashim replied , “I’m getting married in a few months and I don’t want to answer such questions on camera.”

Manoj Yadav, a regular at Hashim’s restaurant, told The Wire that he doesn’t understand why people are forced to close businesses in the name of religion. “Here, we can fill our empty stomachs for Rs 40-50, whereas at other vegetarian restaurants, our stomachs don’t even fill for Rs 50,” he said.