As Bluster Blows Up, AIMIM's Waris Pathan Dials Back on '15 Crore vs 100' Rhetoric

The former MLA's remark has angered anti-CAA protestors and come as a shot in the arm for the BJP, which has been portraying the ongoing protests against the Citizenship (Amendment) Act as a 'communal conspiracy'. 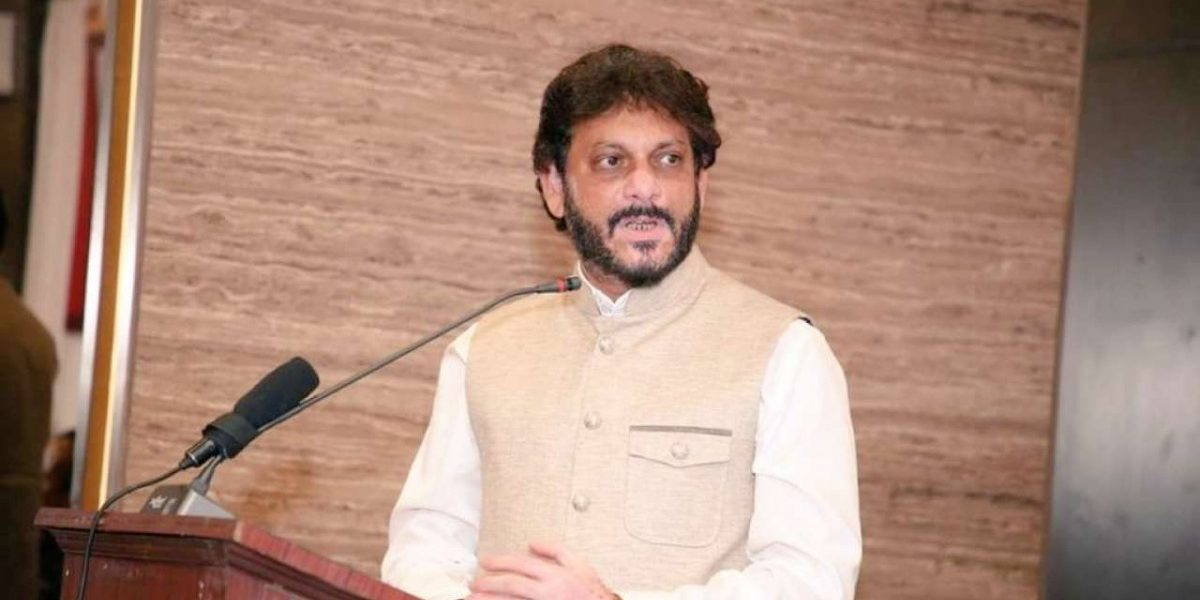 Mumbai: “It is so easy for a Muslim to be referred to out of context and misunderstood,” says Imtiyaz Jaleel, the All India Majlis-e-Ittehad-ul-Muslimeen (AIMIM) leader and the lone parliamentarian representing the party in Maharashtra. But the words his party’s national spokesperson Waris Pathan used at an anti-Citizenship (Amendment) Act gathering organised in Kalaburagi in North Karnataka on February 15 left little room for imagination:

“You say we have pushed women at the forefront and they are protesting everywhere. So far, only lionesses (referring to women from the Muslim community) have stepped out. Imagine what will happen when we join them too. We might be only 15 crores but remember, we are enough for the remaining 100.” (Video)

Muslims in India number 20 crore and Hindus 96.6 crore and it was evident Pathan was not just referring to the two religious groups but suggesting the two communities were pitted against each other.

The AIMIM line of defence as provided by Jaleel is that Pathan had made the speech in support of the women who have been protesting at Shaheen Bagh for over two months and that “only a part of his speech got pulled out, and media was used to peddle lies against him and the party.”

Whatever his party may say, Pathan’s comment came as a shot in the arm for the BJP which has been insisting that the protests against the CAA are a ‘communal conspiracy’.

Pathan’s statement has been shared extensively on social media and several complaints have been made against him across the country. The Kalaburagi police have already registered a case under sections 117 (abetting commission of an offence by the public), 153 (provocation with intent to cause riot) and 153A (promoting enmity between different groups) of the Indian Penal Code.

His comments have been widely condemned by others in the anti-CAA protest. Actor Swara Bhasker described his statement as “stupid, irresponsible and highly condemnable”.

बैठ जाओ चचा! 🙄🙄🙄🙄 If you cannot say something helpful don’t say it at all! Stupid, irresponsible and highly condemnable statement !!! Such talks only harm the movement! #shame https://t.co/sIsxLMSkZZ

Pathan has since issued statements and told the media that he was deliberately targeted and his statement fitted conveniently in the ‘Muslims against the Hindus’ mould.

“Neither my party nor I will ever speak anything intentionally or unintentionally that is against India. We follow the constitution of this country,” he said in a statement issued on February 20.

But as the heat mounted, he issued a further “clarification” on Saturday, stating that his reference to “100” was not to 100 crore Hindus as the media and BJP had suggested but to “100 people” who are engaging in anti-Muslim politics, “be they from the BJP, RSS or Bajrang Dal, or any group or party, who have brought in the law, are against the 15 crore Muslims in this country. They want to divide the country. My comment (of 15 crore) against the 100 was pointed at them.”

Who is Waris Pathan?

A lawyer by profession, Pathan entered politics only a few days before the 2014 state assembly elections. The AIMIM, which was seeking to break in to Maharashtra, approached him when it could not find a “Muslim face” to contest from the Byculla constituency. The son of former sessions judge Yusuf Pathan, Waris decided to give politics a shot.

The prevailing Shiv Sena-BJP conflict and their decision to contest the state assembly elections separately benefited Pathan and he won that year with a small margin of 1,357 votes against the BJP candidate Madhu Chavan. But his luck faded in 2019 state assembly election and Pathan lost to a Sena candidate, Yamini Jadhav, by a substantial margin.

His affidavit filed at the time of the 2019 assembly election states that Pathan had no criminal cases filed against him ever.

Even without any criminal charges, Pathan is not really new to controversy. In 2016, when he refused to say ‘Bharat Mata ki Jai’ on the floor of state assembly, legislators cutting across party lines asked for his suspension. A resolution was unanimously passed and Pathan was barred from attending the proceedings of the house till the end of the Budget session.

Post the Kalaburagi incident, the AIMIM has accepted Pathan’s “clarification” and has decided to support him. Jaleel says his party doesn’t have to respond to the BJPs demand. “When BJP minister Anurag Thakur makes statements like “Desh ke Ghadaaron ko, goli maaroN saalo Ko” and their state ministers like Parvesh Verma accuse the people of Shaheen Bagh of rape, and the party still continues to support and laud these leaders, AIMIM can certainly stand by its leader who has been misquoted and intentionally targeted by the right-wing,” Jaleel told The Wire.