Syed Zafar Mahmood said he decided to set up a centre to coach Muslim aspirants after the Sachar Committee highlighted poor representation of Muslims in the civil services. 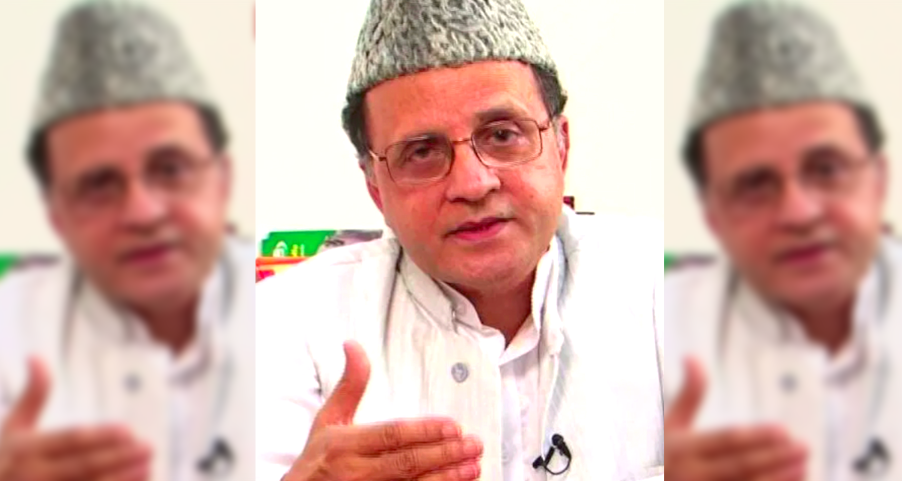 New Delhi: When the Supreme Court asked Sudarshan TV News why it gave the title ‘UPSC Jihad’ to its 10-episode programme on recruitment of Muslims into the civil services, the channel stated that it did so because the Zakat Foundation – which coaches community members – had received funds from an anti-India, UK-based organisation.

While the apex court held that the four episodes telecast by the channel from September 11 to 14 have only indulged in vilification of Muslims, The Wire spoke to the founding president of the Foundation, Syed Zafar Mahmood, about the allegations.

A former civil servant and Officer on Special Duty to former prime minister Manmohan Singh, Mahmood said that the narrow thought process displayed by Sudarshan TV was an “aberration” and that “over 95% of the population would never subscribe to such radical views”.

He also denied all the allegations of financial wrongdoing, and said that his Foundation has regularly fulfilled all the fairness rules prescribed by the Ministry of Home Affairs, in addition to adhering to the Foreign Contributions Regulation Act and income tax laws.

He said Zakat Foundation was founded in 1997 and “started out by working with orphans, aiding with expenses incurred during weddings of poor girls and helping widows with food and other necessities.”

Mahmood said he decided to coach aspirants after the Sachar Committee highlighted poor representation of Muslims in the civil services. “The Foundation started the Sir Syed Coaching and Guidance Centre for Civil Services which over the years has trained students for various exams and ensured the entry of over 100 of them into the civil services,” he added.

Mahmood said all the work of the Foundation was within the constitutional and human norms and expressed confidence that the various arms of society such as the judiciary, media, social groups and the masses would show the same to “the negative forces.”

He said there was no way that the ongoing smear campaign would in any way diminish the standing of civil servants among people.

Asked if the Ministry of Information and Broadcasting should have not allowed the episodes to be telecast after the promo itself triggered a storm, Mahmood said that pitfalls and corrective action are part of the process but ultimately it is good forces which prevail. “So people must go on doing their good work,” he added.

Outrage and the courts

Sudarshan TV News’s trailer, released on August 28, had left little to the imagination as it proclaimed: “Think, what if a jihadi from Jamia is your district magistrate”.

The promo showed the channel’s head Suresh Chavhanke trying to convey that there was a conspiracy afoot the Muslim community which aimed to corner a large number of seats in the civil services.

Petitions were immediately filed in the Supreme Court and the Delhi high court against the screening of the programme. It was also alleged that the programme content was communally divisive and in violation of the Programme Code enshrined under Cable Television Network Rules, 1994.

While the Supreme Court had then refused to provide a pre-broadcast injunction, the Delhi high court stayed its telecast. But it left it to the Ministry of Information and Broadcasting to decide if the programme should be telecast.

The Ministry allowed the screening despite disagreeing with one of the two contentions made by the channel in its defence.

However, as the 10 episodes were telecast, petitions were again filed in the Supreme Court against the programme. While advocate Firoz Iqbal Khan claimed that the programme contained derogatory statements and sought a stay on further telecast, a plea by seven former civil servants urged the apex court to issue an authoritative ruling to specify the scope and meaning of “hate speech”.

A Supreme Court bench of Justices D.Y. Chandrachud, Indu Malhotra and K.M. Joseph observed that “prima facie, it does appear to the Court that the intent, object and purpose of the episodes which have been telecast is to vilify the Muslim community. An insidious attempt has been made to insinuate that the community is involved in a conspiracy to infiltrate the civil services.”

During the proceedings, the channel contended that it was “concerned with the issue of national security”.

The apex court, however, said there has been a change in circumstances since it took up the issue in August and on September 15 it restrained the channel from telecasting further episodes.

Main allegations by the channel

Apart from accusing the Zakat Foundation of receiving funds from India baiters, the channel said the Udaan Yojana that grants Rs 1 lakh to members of the minority community for appearing in civil services giving its students an advantage over Hindus. Also, it said, Muslims were allowed to take nine attempts till the age of 35 as against the six allowed to Hindus till the age of 32.

Citing data from the year 2011, the channel also said that the rate of success for candidates who opted for Urdu in the exams was disproportionately high. It also contended that Muslim candidates secured over 9% more marks in the interviews than those from other communities.

Denying all these allegations, Mahmood told The Wire that there are constitutional norms that provide for support to all the minority communities and so if the channel should have a grudge it should be directed against these provisions and the government.

Zakat Foundation is not the only organisation that provides coaching help to a particular religious group. The RSS-inspired Samkalp Foundation, too has been churning out a large number of civil servants since its foundation in 1986. In the 2020 civil services exam, the foundation claimed a success rate of 61%, saying it had mentored 466 of the 759 selected candidates.

The Foundation regularly invites BJP leaders to its events. An event is planned for September 20 for which Union oil minister Dharmendra Pradhan has been invited.

The ‘mission’ statement on the website, samkalpiascoaching.com, says the group wants “to identify and guide students who can contribute towards nation building through civil services and help them inculcate Indian values and ethos.”

Over the years, a vast number of civil services aspirants have trained with this organisation and entered the civil services. It is said this is what has led to a degree of ‘saffronisation’ of the services now.

When asked if divisive or communally-tainted comments by serving and retired bureaucrats and police officers were indicators of a change in the thinking process, Mahmood said people making such comments were still very few and by and large the integrity of the bureaucracy was intact.