The song in question was written by Muhammad Iqbal and is reportedly part of the government school Urdu syllabus. 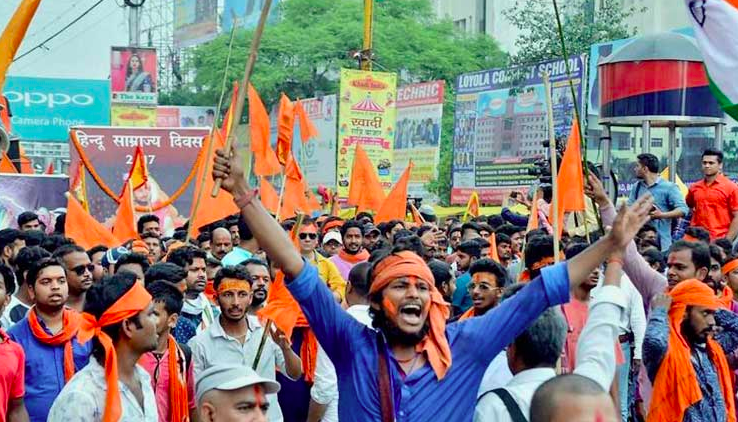 New Delhi: A headmaster of a government primary school in Uttar Pradesh has been suspended after Vishwa Hindu Parishad workers complained that he was making students recite a “religious prayer,” reported Indian Express.

The “prayer” in question is the iconic Urdu poem Lab pe aati hai dua, also known as Bachche ki dua, which was written in 1902 by Muhammad Iqbal, who also wrote Saare jahaan se achchha. The poem is frequently sung in schools across India and deals with the subject of god guiding one from darkness to light.

The VHP workers’ complaint against the Pilibhit headmaster Furqan Ali, led to a full blown inquiry by the Bilaspur block education officer Upendra Kumar, who found that the former was making students sing it in the morning assembly.

The fact that the song is written by a Muslim poet and uses the word “dua” – the Urdu word for supplication – and ‘rabb’ and ‘Allah’ for god might have contributed to the VHP’s and the administrations anxiety over it.

The English translation of the song is as follows:

My longing comes to my lips as a supplication of mine
Oh God! May my life be like a flickering flame

My God! Protect me from the evil ways
Show me the path of righteousness

Though Pilibhit district magistrate Vaibhav Srivastava told the Indian Express that the headmaster had been suspended “because he was not getting the national anthem sung,” both BEO Kumar and Bisalpur’s basic shiksha adhikari Devendra Swarup refuted his claim. They told the newspaper that not only was the national anthem regularly sung at the school, the complaint was solely that ‘a song sung in madrasas’ was being sung at the school.

The headmaster has told the Express that students frequently sing patriotic slogans like Bharat mata ki jai in assembly too. Ironically, the poem in dispute is a part of the government prescribed Urdu syllabus and contains verses on contributing to the homeland.

Although this incident took place in a government school, the saffron rightwing has long since had its eye on madrasas, with plans afoot to severely regulate their curriculum.

Uttar Pradesh Shia Waqf Board chief Waseem Rizvi, considered a supporter of the BJP, has written to Prime Minister Narendra Modi asking him to shut down madrasas in the state, India Today had reported.

Despite the wide prevalence of religious celebrations of other faiths in a government school student’s curriculum, there has been a growing attempt to sideline even vaguely Muslim religious practice in under the current dispensation. An easy correlation has also been drawn between Urdu and Islam in this regard.