The Kote Marikamba Jatre festival is held once in two years. Organisers said this is the first time religion has been used to determine who can and cannot do business. 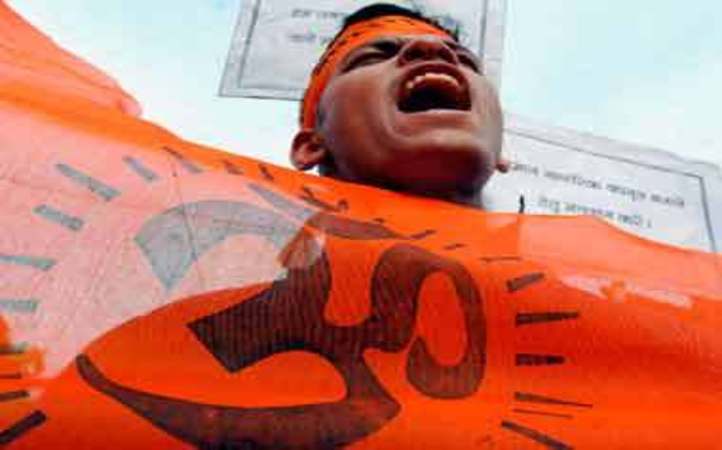 New Delhi: Under pressure from Hindutva groups, the organisers of an historic festival in Karnataka have banned Muslim shopkeepers from doing business during it.

The organising committee of the Kote Marikamba Jatra in Shivamogga has buckled to demands by Bharatiya Janata Party, Bajrang Dal and the Vishwa Hindu Parishad, that no Muslim be allowed to ply his trade during the festival, The Hindu has reported.

The committee has now allotted the tender to a Hindutva group.

The Kote Marikamba Jatra festival is held once in two years and is immensely popular among revellers who join festivities irrespective of caste or religion.

The Hindu’s report essays how the committee had initially allotted the tender for managing shops and collecting fees to a certain person for Rs 9.1 lakh. When Muslim traders tried to set up stalls, Hindutva workers created a ruckus, leading the original tender holder to cancel the allotment made to him.

On March 19, the committee, after a meeting with Hindutva groups, decided to offer tender to the latter so they could allot shops. The president told The Hindu that this decision was taken to ensure that the festival went smoothly and that “the committee had never taken a stand against any particular religion all these years.”

Hindutva leaders have allegedly cited the murder of a Hindutva worker in Shivamogga for this ban. The Wire had reported on how Muslim-majority localities in the city bore the brunt of Hindutva workers’ agitation following the death, even though police have been clear that there was no communal angle in the murder.