Thook Jihad? No, India is Drowning in the Cesspool Our Reigning Spit Experts Have Created

When does a country become so flooded with spit, tears, pus, blood and sweat? When every bit of morality is dead. 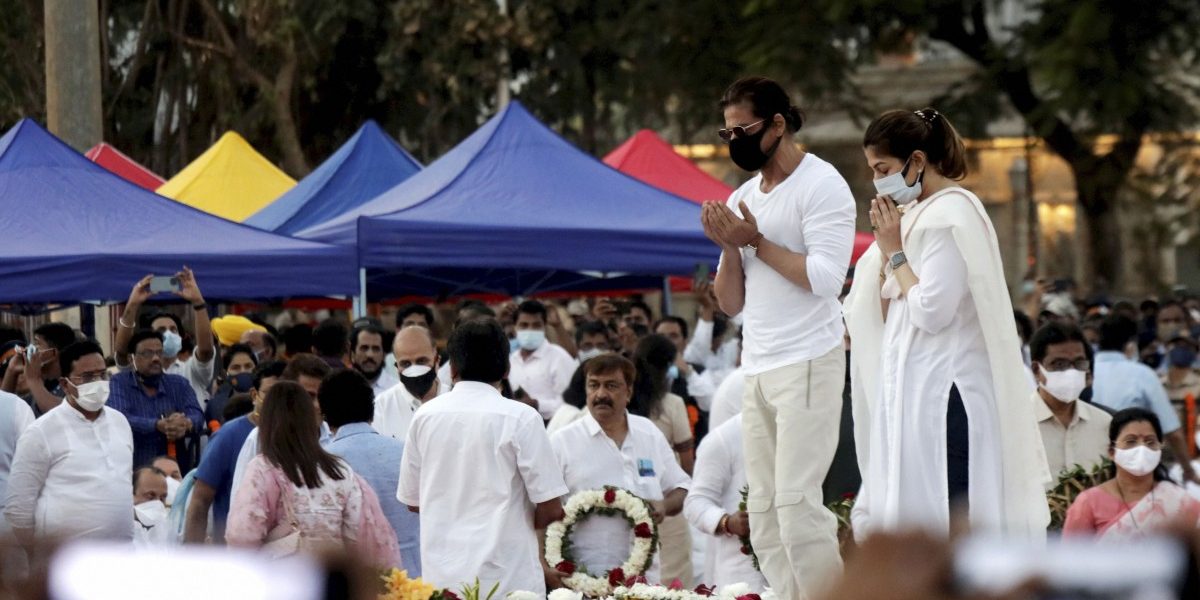 Spreading fake videos of Muslims and calling it “thook (or spit) jihad” has become the latest right-wing trend.

Recently, a video of superstar Shah Rukh Khan was circulated by BJP leaders of various ranks, trolls and right-wing media outlets that have a track record of spreading hate. It was soon followed by a barrage of questions and comments on social media: “Shah Rukh also spat”. “Who spits like this when someone dies?” “Man, why do these Muslims spit so much?”

Why do they spit? How do they spit? Is it the same as the Tablighi Jamaat members who ‘spat’ on the nurses? Or vegetable vendors? Or Muslim employees in hotels?

If you’ve been watching the news on TV, you would have come across some version of this venomous lie.

In the original video, Khan was reciting Surah Fatiha, or perhaps saying. “Inna lillahi wa inna ilaihi rajioon (From Allah we come, and to Him is our return)” – a prayer recited by Muslims when a person dies. The question is not about Shah Rukh Khan’s act, but about the people who breed suspicion against him and other Muslims.

Senior journalist Rahul Dev wrote, “At first, even I didn’t understand what Shahrukh did after bowing down. Wasn’t aware that this is a way to pray. Perhaps others didn’t know either. But it takes blatant stupidity, rudeness and a disgusting thought-process to jump from ignorance to making derogatory remarks.”

If a senior journalist like Rahul Dev was unaware of a custom that is practised by 22 crore Indians, can one expect common Hindus to know about it? But more importantly, one’s ignorance cannot be a reason to denigrate others. It is hard to believe that despite constant fact checks, the BJP and the Hindutva brigade’s attempts to spread the vicious propaganda of “spit jihad” is out of ignorance.

Deliberate conspiracy and the cesspool of ‘spit’

The videos forwarded with a concocted perspective are part of a deliberate conspiracy to not only show Muslims as profane and uncivilised but also as full of hatred towards Hindus. Those who share such videos with this distorted narrative seem confident that common people will believe them because they know very little about Muslims, barring information based on inherent prejudices or TV debates. 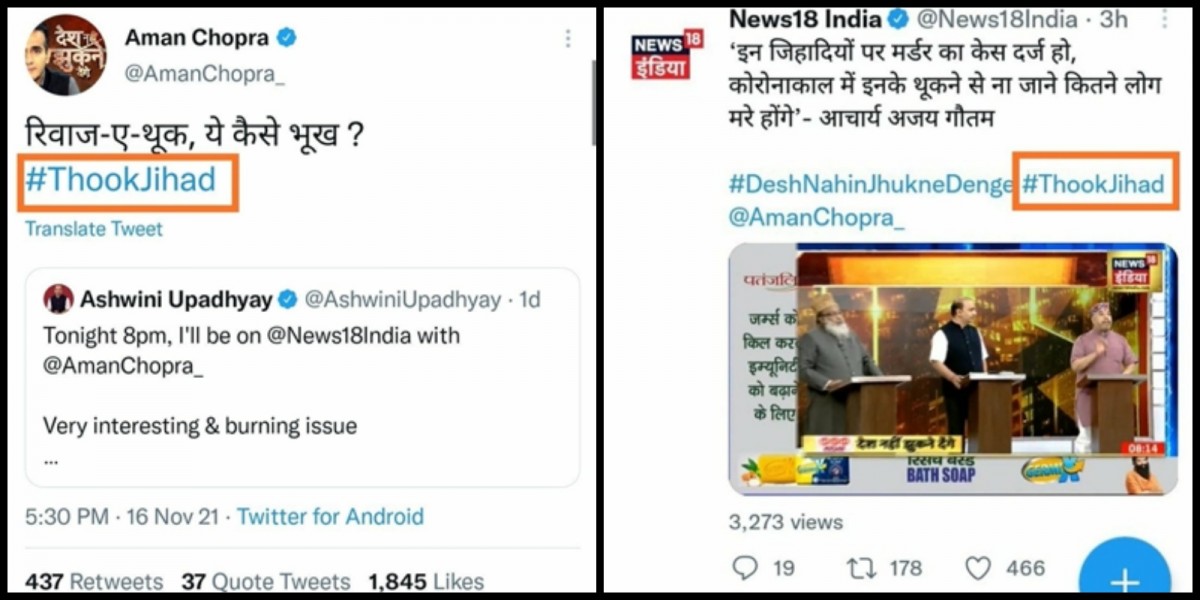 Network 18 is one of those channels which used the phrase ‘thook jihad’ or ‘spit jihad’.

Clearly, the purveyors of such false videos understand well the disgust emanating from the word ‘spit’. So we are told by them that the only people who spit are those who belong to a particular religion. Their beards are sometimes plucked and their mosques demolished, their houses and shops torched or pulled down with JCBs. Among those who spit are the hijabi girls who took the ‘Beti Padhao’ slogan to heart, and the women who had been auctioned online by these spit experts. The mother whose son disappeared from a university is also a spitter as is the girl whose father was lynched by a mob.

Sadly, these ‘spit experts’ who can produce spit out of thin air do not see the symbolic ‘sputum’ that is all around us in society. Facts and reports may not reach you, so let me tell you a bit about this ‘spit’.

The fact is, India is gradually sinking in a cesspool of spit. We have very little time left, and it looks like we are going to drown. There is spit everywhere. Sometimes the spit gets mixed with blood that oozes out of the mouth of farmers mowed down by the car of a minister’s son. Sometimes it is mixed with the tears of the unemployed and the poor. Or with the bones and blood of the working class families who were crushed by a train during the lockdown. Or with the anger of the woman who took on these spit experts when the statue of Jesus in her church was desecrated by them. Fortunately for the spit experts, the men and women who died inside and outside hospitals during the pandemic were too busy begging for breath to be able to gather any saliva.

So fearful have successive generations of spit experts been that they insisted the Dalits be rendered untouchable and invisible, lest their spit come anywhere near them. And then there is the spit of the others they hate. The author whose books these spit experts set fire to, the journalists whose pen they want to smash, the student whose school bag they burnt, the comic artist whose laughter they muzzled, the filmmaker whose film’s shooting they forced shut, the hero whom they turned into a villain before the public.

Despite their efforts to get the actual majority of Indians to keep their mouths shut, spit has surrounded us like a deluge now – so much so that the spit experts are scrambling for raincoats and umbrellas with brand names like ‘UAPA’ and sedition. The rising spit level is even dampening the palace walls of the spit experts’ king. When does a country become so flooded with spit, tears, pus, blood and sweat? When the spit experts spread falsehood in the very name of Ram, whom Hindus revere and who ate berries tasted and offered by Shabari. When every bit of morality is dead. Call it ‘spit jihad’ or any other name, it is nearly impossible to escape the deluge now. In the 1930s, the Nazi spit experts spread propaganda about the Jews to terrorise – and secure the loyalty of – the German people. Today, history spits on the Nazis. Now surely that’s a lesson our spit experts need to learn.