While countries around the world have criminalised hate speech, in India it is being spewed by elected officials. 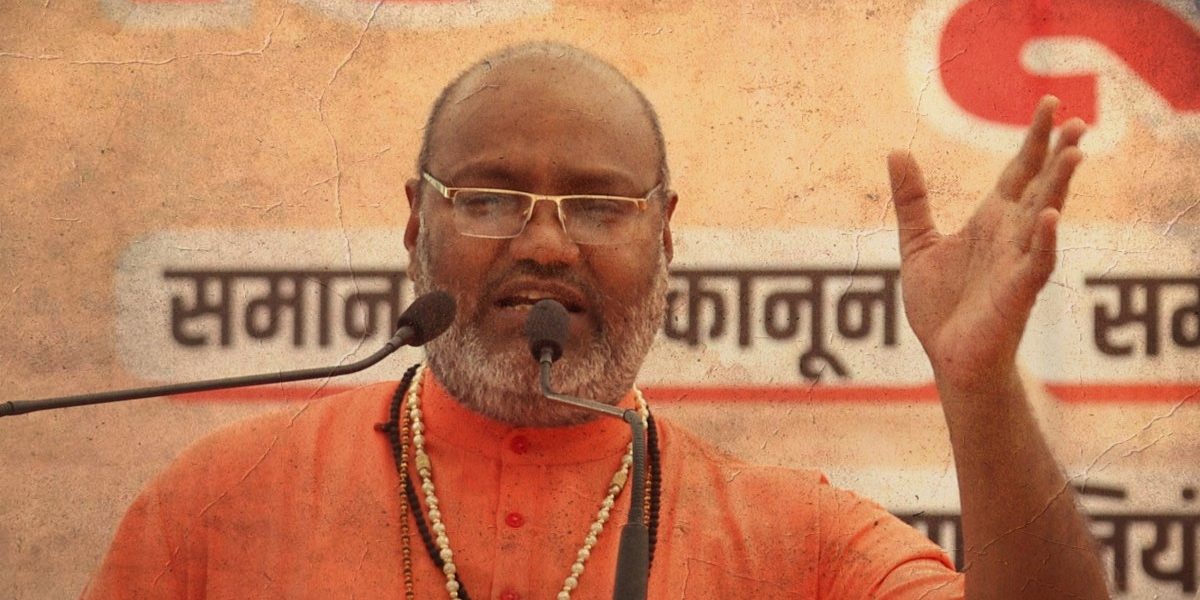 It is now possible for a Hindutva leader, who had attracted international attention with his call for genocide against Muslims only three months ago, to make another call, in a public gathering, for taking up arms against Muslims.

This has happened while he was out on bail, not in some hinterland, but in the capital city of India, the largest (and, dare we say, secular) democracy in the world. That such calls for violence and genocide are becoming regular events show how much the Republic has travelled in the last few years.

Hate speech in India has become endemic now, aided to a large extent by state as well as societal silence. But often hate speech is considered to be harmful only if it is directly linked to violence, and hate speech is tolerated if the intention was to only “win the election” as in a recent high court observation, or when it is claimed that it does not lead to actual social discrimination.

Thus, there are serious confusions about what hate speech does to our body politic. The contribution of hate speech or its subset known as dangerous speech (especially circulating like whirlwind through social media) to anti-minority violence is very obvious in the recent times, whether it is the Rohingya genocide in Myanmar, anti-Muslim riots in Sri Lanka, anti-Hindu riots in Bangladesh, or the Delhi violence of 2020. This is easily discernible.

But there is non-physical violence, the violence that hate speech does to our understanding and psyche. This is not as easily and so obviously visible.

Also read: Yati Narsinghanand and the Mysterious Case of the Missing UAPA Charge

And this violence has long-term manifold effects, including setting the stage for actual physical violence as well as actual social discrimination (think laws which have serious implications for religious minorities like the Citizenship (Amendment) Act-National Register of Citizens/love jihad, ban on Muslim traders in temple fairs, the BJP being the only ruling party in India’s history which has no Muslim Lok Sabha MP, and hate on daily primetime TV news shows, etc.). That is why philosopher Jeremy Waldron calls hate speech “an environmental threat to social peace, a sort of slow-acting poison, accumulating here and there, word by word”.

The verbal violence on vulnerable or powerless minorities, as scholars on hate speech point out, injures the victims’ dignity, causes fear and emotional distress, and affects psychological wellbeing besides rendering them even more silent and as second-class citizens. This verbal violence, even without leading to direct violence, is itself discriminatory.

But there is another fundamental sense in which, I would argue, that hate speech, regarding religious majoritarianism in India, for example, is harmful. This is in subverting our basic categories of understanding of politics. Hate speech is not just venom verbally terrorising the minority, it is also instituting and reaffirming, daily, that the central economic, social and political conflict is between the religious minority and majority, when it is not so in reality.

Here, Hindus, Muslims and other minorities are reduced to their religious identity only, shorn of their deep divisions in terms of class, caste and gender. People are not called to act as slum dwellers, domestic workers, factory hands, small peasants or agricultural labour, but merely as religious subjects. Thus, as research shows, in coastal Karnataka, which is in the news recently, the rise of militant Hindutva and everyday vigilantism against minorities has seen responses in terms of radical Islamist mobilisation, tapping into the anxiety of Muslims.

Thus, hate speech subverts attention from the most pressing societal issues and keeps real public debates about them in a state of suspended animation. Instead, we are in the thrall of the hijab, temples and Muslim traders, meat ban during Navratri, azaan and so on, one after the other as an endless cycle. This is the real catastrophe of hate speech.

Thus, when Yogi Adityanath asserts (before and during the recent election campaign) that “before 2017, those who called their father abba jaan would monopolise [food rations],” that the electoral contest will be between “80% vs 20%,” or that “lndia will be governed according to the Constitution and not the Shariat,” the dog whistles or coded hate speech can not only produce hatred against Muslims, but also build a sense of (false) victimhood amongst Hindus. His speech implies that Muslims collectively take away resources that are legitimately meant for Hindus, that they are being “appeased” or that there is indeed a possibility that India will be one day ruled by Islamic law.

A distinction must be always made between hate speech made by ordinary people and that made by people in positions – especially elected constitutional positions – of authority. The latter has an extremely serious impact on many, including the supposedly educated classes, who reproduce the beliefs inherent in these hate messages uncritically. Thus, what is problematic is not only that hate speech can cause violence but that hate speech by top elected officials (which is really high in India) has the power to alter public discourse.

The issue is not just that, as scholars argue, hate speech subverts democratic debates because it forces victims to respond in highly emotional, rather than rational, tones, but unpunished hate messaging is constantly expanding the limits of what can be said in the public sphere, thus normalising hate speech.

That is why one sees even the (supposedly secular) opposition acquiescing to hate speeches, because the terms of discourse have been substantially altered by religious majoritarianism aided by state power. Thus, it becomes weak-kneed in mounting a robust ideological defence of secularism or democracy.

State institutional apathy is equally critical in the spread of hate speech. Even though hate speech is a crime under the Indian Penal Code (IPC), and that it is specifically a corrupt electoral practice, the Election Commission of India, under the onslaught of executive power, has been selective in its application of the laws, sparing the prime minister, and often, senior ministers and chief ministers, while taking (ineffective) action against some MLAs and MPs for hate speech. This has invited question marks from the Supreme Court, which wondered if it was admitting that it was “toothless and powerless against hate speeches”. The courts have also been inconsistent as dealing with hate speech, expecting other institutions, especially the Parliament, to step up.

An eternal dilemma for free speech activists, especially since free speech and expression are the fulcrums of a democracy, is to ban any kind of speech. This is especially so when wrongly applied hate speech bans or censorship can target legitimate political speeches which articulate the grievances of communities that are discriminated against (or speeches which legitimately critique religion, etc.) So, there cannot be simple context-less equivalence between victims asking for justice, and oppressors seeking to exert domination when it comes to analysing messages and speeches for hate content. Besides, there is the huge downside of relying on the state, especially a majoritarian state, to arbitrate on what constitutes hate speech.

Despite these real dilemmas, almost all liberal democracies across the world criminalise hate speech because its harms outweigh the free speech argument. The only exception is the United States of America, where free speech is protected by the First Amendment. Yet, it must be remembered that Twitter, headquartered in the US, had to take the stunning and unprecedented decision to ban from its platform the most powerful person in the world, the sitting US President Donald Trump, highlighting the perils of unbridled hate speech, especially by those occupying the highest constitutional positions, under the umbrella of free speech.

Also read: Hate Speech: What It Is and Why It Matters

That is why hate speech cannot be simply tolerated as harmless, and legal bans on hate speech become an inevitability. Besides, there is the question of power relations. What does free speech mean when hate speech dominates public discourse? And when it is amplified, like in the Indian case, by an army of social media users tied to the ruling dispensation, with unmatchable monetary resources, and when social media behemoths like Facebook, as whistleblowers show, become active accomplices in the spread of majoritarian hate and fake information in India, with grievous consequences?

Thus, legal bans offer the only protection, even with the pitfalls noted. The Law Commission, in its 267th Report, makes a welcome recommendation to create new sections in the IPC to specifically criminalise hate speech instead of relying on existing laws. But the legal and judicial methods to deal with hate speech, while extremely critical, are simply not enough.

Unless there is sensitisation and education on hate speech, and a larger political and cultural mobilisation against hate speech, it is going to continue to wreak havoc. Of course, this is easier to call for than bring to reality. But the first steps in countering the normalisation of hate speech would be to bring the discussion around hate speech to the centre stage in public discourse.