The Contradictions in the Anti-Muslim Tirade in Karnataka

The question also arises as to why the corporate class, barring an exception or two, is so silent in the face of rising vigilantism. 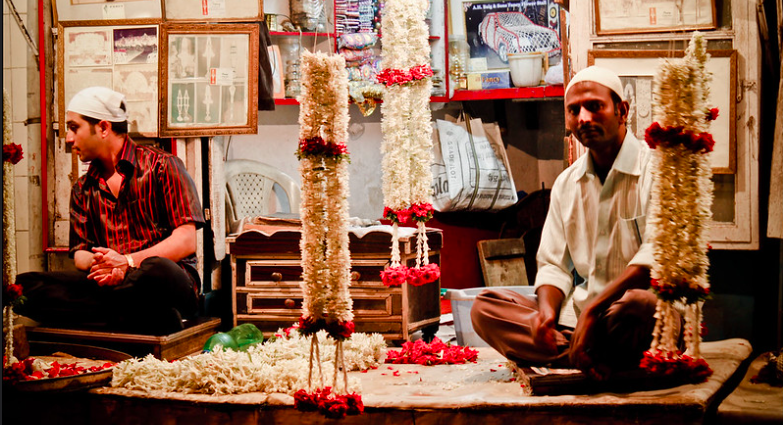 The historian, Eric Hobsbawm, might have agreed that these too are “interesting times.”

Old shibboleths, democracy being one of them, are under attack, and new ones are in the making.

Think that the Chief Justice of India N.V. Ramana has felt the need to remind us that democracy is “best suited to a pluralistic society like ours” and that “our diversity cannot be sustained by dictatorial governance”

In a lighter vein, meanwhile, charming contradictions attend on India’s current cultural remake, a project sought to be pursued with clout by the harbingers of “new India.”

In Karnataka, right-wing vigilantes are out admonishing Hindus not to buy halal mutton from Muslim butchers.

The specious argument proffered is that such mutton is not good for hygiene and health.

Few are taken in.

Most are wise to the impetus that drives the campaign: elections are due in the state within a year from now, if you get my drift.

Speaking for myself, I have always loved animals, barring snakes, and yet I eat them.

This is an unforgivable mea culpa, a sin that I cannot rationalise even to myself.

But here is the larger point:

These same vigilantes are also in the forefront of agitations on behalf of the movie The Kashmir Files which enacts the cruelties suffered by Kashmiri Pandits at the harrowing time of 1990.

And Kashmiri Pandits through history have been halal meat eaters.

I recall that when my family lived in Srinagar, my mother would send me to our beloved butcher, Salama, and impress upon me not to buy jhatka.

That mutton she would say is not tender and does not cook well.

Thus a dialogue between the Pandits and the Karnataka vigilantes may be due.

Another thing – it is well known that India is perhaps the biggest exporter of meat.

It also is the case that this export trade is largely owned by non-Muslim entrepreneurs.

The underlying economic grouse is that these establishments employ only Muslims, and jhatka mutton does not have the Gulf market available.

May we then expect these anti-national business people to be next in line for reprimand? And if so, what success may the day’s culture czars have in turning back that reality of India’s complicated cultural and economic life?

Yet, ostensibly, the policy of the Union government represented in the Union Territory of Jammu and Kashmir is to give a greater fillip to Kashmiri crafts across the board, all of which, or nearly all, are owned and operated by Muslim Kashmiris.

So Muslim-run trade in Karnataka is sought to be quelled – a “sanction” regime of sorts – while being enhanced in the beleaguered valley.

You may then wonder why the same thing is bad in one state and kosher in the other.

It remains to be seen what fate awaits India’s famed weavers of sarees, etc., in the holy town of Varanasi, and other famed Muslim-made crafts in brass, porcelain, filigree, textiles, construction activity, and a whole host of other output that dots the Hindi belt.

Again, if most owners or exporters of the meat trade are non-Muslims, some artisans who lovingly build idols of Hindu deities are Muslims, as also those who make the kites that we, Hindus, Muslims and all others, fly on Makar Sankranti. 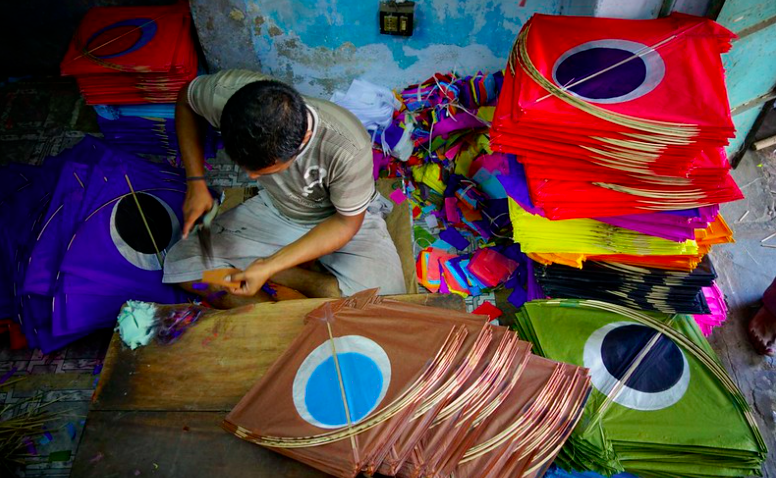 As to our treasure trove of classical music, imagine that Karnataka has been the home of the Kirana Gharana, founded by Ustad Karim Khan, with such names as Pandit Bhimsen Joshi and Kishori Amonkar among its jewels.

Clearly, our new culture re-makers may have bitten more than they can chew.

So what happens then?

Will we see our nationalist vigilantes now caution Hindus against buying idols crafted by Muslim artisans, as they are admonished not to buy halaal meat?

Then there is the other problem:

The CEO of Biocon, Kiran Mazumdar Shaw, has been bold to issue a caution to the state in Karnataka that if the communal divide continues to be abetted (note that some members of the Karnataka cabinet have supported the anti-halal crusaders, and the chief minister has made no comforting averment about the state’s role in disciplining vigilante activity), the consequences for our famed IT industry and for business confidence generally would not but be most deleterious, besides the fact that the image of India would suffer great damage internationally.

How then may a project of ejecting our Muslim digital whiz kids (after all, why should only the lowly butchers and traders be made to suffer if the larger cultural project is to cripple Muslim economic activity?) from reputed companies be implemented?

And what might our own Azim Premji, an internationally reputed IT czar, and our top philanthropist to boot, also based in Karnataka, be thinking about the goings-on?

And how are those states which are not ruled by the imperatives of Hindutva politics to be brought in line, since the BJP, after all may not yet be poised to win them all?

Is the republic set to offer to the world the spectacle of ghettoised states, this way or that?

This gives rise to another speculation:

A feature of India’s freedom movement was the progressive role played by the then industrial class in securing both secularism and India’s composite culture.

In our times, barring Kiran Mazumdar Shaw, we have yet to hear from our flourishing corporate class as to what their views are with respect to cultural transformations now sought to be effected by vigilante forces and silent state consent.

What sort of India do they wish to see in the coming days, months and years?

Given that the Indian tendency generally remains one of lauding our ties to the world of western democracies, how may they justify to that world how forces inimical to secularism seek now to eject Muslims from India’s economic life?

Are our entrepreneurs then to remain complacently complicit when it comes to religious identities of economic workers, high or low, and let the current cultural/economic putsch to go unquestioned?

And, how are they going to define their relationship with a Constitution that forbids such a putsch?

Sadly, in many states where the right-wing is in power, cultural indoctrination seems to have penetrated the mind of the non-Muslim polity to a point where no objective indices of economic distress seem to make any difference to their cultural/religious allegiance, and to their cult-worship.

So that when the hapless Congress party the other day came out in a nation-wide protest against price-rise, starting from the unconscionably exorbitant enhancement in fuel rates, now higher in India than in any neighbouring country, even they lamented that the people at large seemed not to want to join the protest.

Thus the custodian of liberalism may well agonise about where the republic is at, it is increasingly a voice in the wilderness where many kinds of predators are ready and waiting to gobble it up.

That it should come to this, with little help in sight.

How one would give one’s right hand to know what Justice Ramana may be thinking of the sort of obiters that have lately been coming from some of India’s judicial officers.

It is perhaps best to put a smile on all our anxieties; smiles, we have been instructed, are the best solvents.