Terrorism Is a Political Phenomenon. To Blame it on Islam is Wrong

Scholars have shown that there is no evidence that Islam has ever preached the use of terror, yet this narrative doesn’t stop. 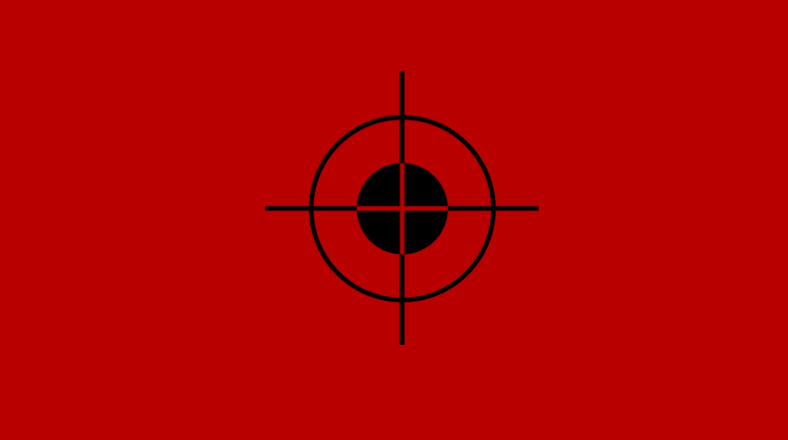 Ever since the victory of the Taliban in Afghanistan, Islamophobia in the world in general and India in particular has received a fresh impetus. A common refrain, which you are quite likely to hear even from those who are not self-proclaimed anti-Muslims is, “All Muslims are not terrorists but all terrorists are Muslims.”

The insinuation implicit in this belief is that there is something such and fundamentally wrong with Islam per se, which predisposes Muslims towards becoming brutal terrorists. In fact, even the brutal beheadings of captives by ISIS terrorists like Jihadi John are, in popular Islamophobic perception, attributed to them being Muslims and not to the individuals’ perversity.

Indiscriminate use of a term like ‘Islamic terrorism’ has created an impression in the minds of a large number of people that terrorists who happen to be Muslims exist because Islam, somehow ‘approving’ of terrorism, drives them inexorably towards it.

The notion is so widespread that even scholars are not immune from it. An Israeli scholar Shmuel Bar, for example, while admitting that terrorism is not an Islamic phenomenon, still provocatively and misleadingly titled his study ‘The Religious Sources of Islamic Terrorism’.

This is a dangerous misconception – a vicious myth that is rooted as much in ignorance as in prejudice. Terrorism as we find it today simply did not exist in the early days of Islam when its religious concepts were crystallised for posterity. Hence, there is no question of there being any support for the modern phenomenon of terrorism in the Qur’an or the Hadis, a record of the words, actions, and the silent approval of the Prophet.

Had there been any religious sanction for terrorism as we understand it today, someone was bound to have discovered it sometime in the past. There is no reason to believe that some people discovered them only in the 20th century and have gone berserk.

People usually fail to spot the fallacy in holding on to such a notion. If it is accepted that there is indeed a thing called ‘Islamic terrorism’, the only logical solution of the problem of terrorism in the world would be to eliminate Islam per se from the face of the earth because Islamic religious concepts are immutable and hence the virus of terrorism cannot be isolated from the body of Islam. If the world is, by any chance, unanimous in believing that Islam is the source of terrorism let them raise an international coalition force and destroy it; however, it is unfair to keep on tormenting Muslims on a mistaken notion.

The fallacy persists even if they use terms like ‘Islamist terrorism’, ‘jihadist terrorism’, ‘militant Islamism’, or ‘Wahabi terrorism’.  All of them necessarily imply that it is terrorism inspired eventually by Islam, or perhaps an ‘aberrant’ variety of Islam – the blame on Islam, however, remains the same.

Misconceptions regarding the concept of Jihad

In theological matters, there cannot be any final authority or interpretation. However, we must have the intellectual honesty to take note of those interpretations also, which do not conform to the notions emanating from Islamophobia.

The very word ‘jihad’, for example, is often loosely translated in the West as ‘Holy War’. Fact is, as J.M.B. Porter also points out, there is no term in classical Arabic, which means ‘Holy War’.

The Western notion of a Holy War comes from the Crusades. The etymology of the word Crusade (from French Croisade, f. Croix meaning ‘cross’, f. Sp. Cruzado, f. Croisee, literally meaning ‘the state of being marked with the Cross’) makes it clear that it meant ‘War for the Cross’.

Scholars like Bernard Lewis and Richard Ostling also admit that the closest equivalent of ‘Holy War’ in Arabic would be Harb Muqaddas and incidentally, this word does not figure in the Qur’an or any other classical Arabic text. Jonathan Riley-Smith points out that the concept of Jihad was codified during the Muslim conquests of the eighth century, long before Pope Urban II preached the First Crusade in 1095. Hence, the question of Jihad being any ‘Holy War’ does not arise.

Jihad, or more correctly, the full word Jihad fi sabilillah, as Sayyid Abul A’la Maudoodi, the well-regarded scholar of Islam says in his famous works ‘Jihad fi Sabilillah’ and ‘Al Jihad fil Islam’, means ‘to strive, to exert or to take extraordinary pains in the way of Allah’.

Along this line, Majid Khadduri, one of the most respected theologians of Islam, describes four kinds of Jihad:

An ordinary warrior or combatant who fights for worldly objectives is called muhaarib; one who fights for loftier objectives is called mujahid. The Prophet himself, after his return from battle, reportedly commented that “We have returned from the Lesser Jihad (Al-jihad Al-asghar, meaning battle) to the Greater Jihad (Al-jihad Al-akbar, that is, struggle for one’s soul).”

The usual references in the West to the Surah Anfal verse 8:39, Surah Al-Baqarah verse 2:193 and Surah At-Tauba that have flooded the internet as some sort of Qur’anic support for violence against non-Muslims have been hotly contested by numerous scholars. Muhammad Mushtaq Ahmad, for example, concludes in his study ‘The Notions of Dār al-Ḥarb and Dār al-Islām in Islamic Jurisprudence with Special Reference to the Ḥanafī School’ that Muslims must not fight against non-Muslims who are not belligerent towards them just for their being non-Muslims.

Also read: No, Gen. Rawat, ‘Radicalisation’ is Not a Drug Habit, You Can’t Send Boys to ‘Camp’ for it

It has also become fashionable to blame a mysterious thing called radicalisation for the phenomenon of terrorism. People have, in fact, been speaking of terrorism, radicalisation, and fundamentalism in the same breath as if they all happen to be synonymous.

For any religion, holding fast to its original beliefs and practices or observing extreme religiosity, might lead to a regressive or backward society by modern standards; it, per se, cannot lead to terrorism. If one insists, she is free to live the way the original proponents of his faith did; it does not follow from it that she would become a terrorist because the original proponents were not terrorists.

Terrorism is not simply the employment of unlawful violence or unconventional means of combat (asymmetric, guerrilla or whatever) to inculcate fear, intended to coerce or intimidate governments or societies. Since most other crimes also involve unlawful violence, terrorism is distinguished from them by its objectives. These objectives might have religious or ideological overtones or undertones but they are necessarily political in character. Criminals commit crimes for personal gain; terrorists don’t. When non-state actors decide to resort to terrorism, it means they believe that nothing short of unconventional violence (as against permitted forms of protest) will result in the political concessions they seek.

As Lt. Gen. Asad Durrani, a former chief of the ISI, described it very astutely in his article ‘CT Made Easy’, “Nothing comes close to a non-remedy to fight the menace of terrorism than our latest gimmick – ‘The terrorists have been brainwashed, so let’s read to them another narrative’. Anyone who believes that those committed to a cause deeply enough to blow themselves up could be ‘reprogrammed’ by a mantra, obviously has no idea what ‘de-radicalisation’ entails.”

Michael Scheuer, a former CIA intelligence officer and former head of the agency’s Osama bin Laden unit, argues in his book ‘Imperial Hubris: Why the West Is Losing the War on Terror’, “They hate us for what we do, not who we are.” Amongst other reasons, he holds the US foreign policy actions of the invasion and occupation of Iraq and Afghanistan; their unstinted support of Israel against the Palestinians, etc. as fuelling acts of terrorism by some Muslims. 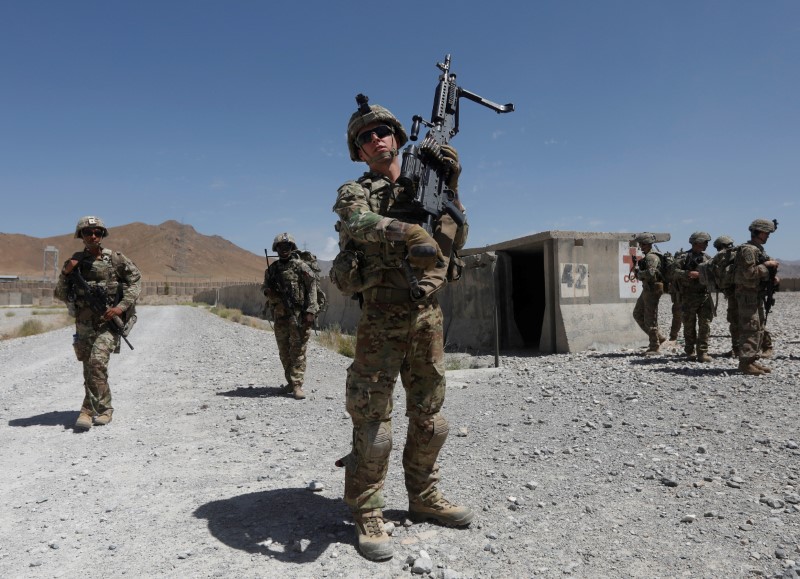 Albert J. Bergesen and Omar Lizardo conclude in their work ‘International Terrorism and the World-System’:

“Terrorism should be seen as a strategic reaction to American power, an idea associated with the ‘blowback’ thesis… The causal mechanism here is that the projection of military power plants seeds of later terrorist reactions, as ‘retaliation for previous American imperial actions’.”

Adam Curtis put it boldly in his ‘The Power of Nightmares: The Rise of the Politics of Fear’: it is the ‘politics of fear’ which enables the Western governments to perpetuate their oppressive and exploitative policies.

“The attacks on 11 September were not the expression of a confident and growing movement; they were acts of desperation by a small group frustrated by their failure which they blamed on the power of America.”

The West has been deliberately denying the political aspects of terrorism in its discourses because overplaying the religious aspect helps them in two ways.

First, it obscures the enduring impact of the political injustices committed upon the Muslims starting from the Sykes-Picot agreement (1916) to the Gulf War (1991) and the invasion of Afghanistan (2001), etc.

Second, it helps them project a condescending attitude towards Islam that the West is prepared to put up with Islam as long as they are ‘good Muslims’ conforming to Western values but would not tolerate the ‘radical Muslims’ who espouse a different view of life.

Those who do not tire of referring to the concept of Dar-ul-Islam (Abode of Islam) and Dar-ul-Harb (Abode of War) as a driving force behind terrorism, fail to realise that the medieval age of swords-fighting-swords is over and now there is no such lunatic who would genuinely believe that, even with a few lakhs of AK-47 rifles, they could launch upon a Muslim conquest of the world against unimaginably mighty militaries of the nations of the world, teeming with immensely powerful weapons.

Back in 1955 itself, Majid Khadduri had called this idea an ‘obsolete weapon’.

While it is true that the ISIS had said that their Caliphate in Greater Syria will be the core of a huge Islamic Caliphate that will include the countries of the Middle East; North Africa; parts of Iran, Pakistan and Afghanistan (collectively called Khurasan in the medieval past); European countries that were conquered from the Muslims in the past (that is, Spain, the Balkans) and other Muslim countries (Turkey, the Caucasus), also knew that it was insane public posturing. In any case, can we blame a faith for what a few crazy people had said and who were bombed out of existence almost as quickly as they had flared?

Attributing the complex phenomenon of terrorism to just a few lines in a nearly 1,400 year old religious text is not only ridiculously simplistic, it is outright injustice to about 1.9 billion adherents of the faith.

A fair analysis of terrorism must not be misconstrued as sympathising with terrorism in any way. On the contrary, it is the most vital step towards shaping and implementing appropriate policies and actions for dealing effectively with the menace of terrorism.

If the world has floundered in its ‘war against terrorism’, it is because it has never had an honest-to-god analysis of terrorism.

Dr. N.C. Asthana is a retired IPS officer and a former DGP, Kerala. Of his 49 books, five are on terrorism and counter-terrorism. He tweets @NcAsthana.