The letter notes that despite several instances of violence against Christians, no minister or other senior state government leader has visited the area and met with the community. 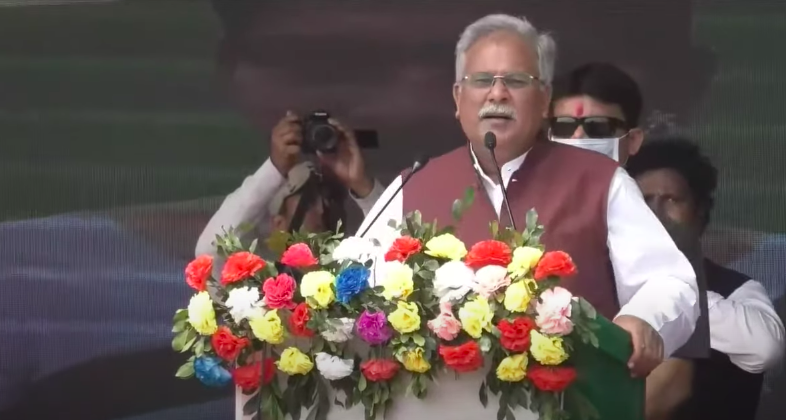 New Delhi: The Communist Party of India (Marxist) has written to Chhattisgarh chief minister and Congress leader Bhupesh Baghel raising concern about the state authorities’ silence around violence against Christians in north Bastar. A five-member team of the CPI(M) and Adhikar Rashtriya Manch recently visited Kanker, Kodagaon and Narayanpur districts to speak to victims of the violence, pastors and priests, local Adivasis, activists and some elected officials in local bodies, and the letter is based on their findings.

The letter notes that despite several instances of violence against Christians, no minister or other senior state government leader has visited the area and met with the community. This, the CPI(M) leaders believe, reflects the “gross underestimation of the extent of the violence against the victims, particularly women and children[,] and their suffering”.

Around 1,500 people had fled their homes in fear, the letter continues, but have now been made to the leave the “relief camps” created by the administration and go back home. Yet this has been impossible for many without protection, and they are still sheltering in churches or living with family members. Many who have returned are facing social and economic boycott. One group in village Tembrugaon was returning in a truck, but was allegedly stopped by a group in tilaks. “They told the Christians that they could enter their village if they applied the tilak as a symbol of their “return” to the “Samaj” – ghar wapasi, otherwise they would not be allowed into the village. since none of those in the truck agreed to such illegal conditions, they were not allowed to go to their homes. In some villages social boycott of the most cruel kind, never seen before in these villages has been imposed.”

Women have suffered extreme violence in the last few months, the letter continues. They have been “brutally beaten, traumatised and terrorised”. Children too are facing the brunt of the violence, with many of them out of school for weeks.

The violence, the letter continues, has often seen direct involvement from BJP leaders and members. “It was reported to us that some incidents of intimidation and threats had taken place in October too but there was no timely intervention from the administration. But everywhere the Janjati Suraksha Manch is implicated. The Janjati Suraksha Manch is an outfit with which known BJP leaders are associated.”

While Christians and churches are being attacked using the excuse that they are forcibly converting people, there is no evidence to this effect, the CPI(M) has said: “According to officials there is not a single case of forcible conversion reported. Clearly there is a political agenda behind these attacks, given the schedule for elections to the State Assembly later this year.”

Read the full text of the CPI(M)’s letter below.

CPI(M) Letter to Bhupesh Ba… by The Wire