Claiming that Muslims are infiltrating the central services is wrong and goes against the facts. 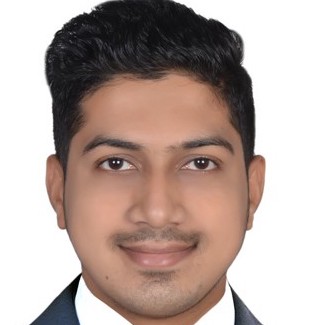 The 829 newly inducted civil servants from different sections of society had very little time to celebrate after the Union Public Service Commission (UPSC) civil service examination results of 2019 were announced on August 4. Within a day of the announcement, at least one of the new civil servants became the subject of social media venom and within two weeks, the UPSC itself was attacked.

The day after the results were announced, a hate campaign began against the only woman from Jammu & Kashmir to pass the examinations. Fake identities of this woman were created on Twitter where she purportedly criticised the Rafale aircraft that have just been inducted into the Indian Air Force.

What followed was even worse. Sudarshan News, a television channel dropped a teaser (promotional clip) for a news show to be aired on August 28, which claimed that there was a conspiracy among Muslims to ‘infiltrate’ the civil services. The news channel head called this ‘UPSC Jihad’ and said there was a sinister reason for ‘the sudden spike’ in Muslim candidates taking the UPSC exam.

An attack without grounds

The news channel’s argument is wrong on many levels. In the first place, by suggesting that Muslim candidates are preferentially selected by the commission, it attacks the entire basis of the UPSC’s recruitment processes.

The UPSC conducts its exams at three levels: preliminaries, mains and personality testing. The preliminary exams are based on multiple choice questions and it is here that the majority of the approximately 8,00,000 candidates who write the UPSC exams every year are eliminated.

This leaves about 10,000 candidates to write the main exams, which test the candidates’ analytical ability over a wide range of issues: social, economic, political, administrative, environmental, ethical and so on.

Finally, the personality test, which is conducted by a panel of retired civil servants, vice-chancellors of universities and people from the armed services among others, and which examines the candidates’ backgrounds as had been filled in their detailed application forms and tests them on everything from their temperament to their views on social issues with a view to exposing possible biases.

This stringent set of examinations shows how objectively and comprehensively the UPSC selects candidates for the department of personnel and training. Thus, questioning the selection of the candidates is akin to challenging the entire constitutional machinery as well as the people who are part of this machinery.

A substantial rise was seen in 2016: for the first time in history, there were 50 Muslim candidates among all the others for 1,079 vacancies: 4.63% of the candidates, to be precise.

The latest results thus show not a rise but a steep decline in the number of candidates from JMI who cleared the exam. Aside from this fact, it’s interesting to note that by targeting JMI, the news channel also turned the 14 Hindu candidates into ‘jihadis’ and cast aspersions on a university that has bagged the top position in terms of performance among all the central universities this year according to the Ministry of Human Resource Development.

Ever since the teaser of the programme went viral, people I know have been asking me whether there are quotas for Muslims in the UPSC. These people include my relatives and people doing well in other fields.

It’s rare to find a Muslim preparing for the UPSC exams because only about 4% of the community graduates from college. Many of the Muslim candidates I know personally had prepared for the UPSC exams rigorously since they entered college; their only aim was to get into the service.

I am architect by training, but, inspired by my policeman father, who was in the CID, I decided to apply for the IPS. Among my peers in Thane, where I grew up, there was no awareness about the central services; besides, among Muslims, families expect us to get married immediately after graduation. But I persevered and joined classes at the Haj Committee in Mumbai, and I got through the admission process by studying on my own. Many of my friends are from small towns from the different parts of the state and India, all studying to join the central or state services; some get a stipend from the Maharashtra government which helps them a lot.

So, an anti-social topic like ‘UPSC Jihad’ does not only attack society but also the government’s efforts to ameliorate the conditions of downtrodden and marginalised minorities.

The channel also questioned the credibility of the Jamia Millia Islamia Residential Coaching Academy, which was established by the government against the backdrop of the Sachar Committee report. The Pradhan Mantri Jan Vikas Karyakram also works to uplift minorities. TV programmes like this one not only tarnish the social fabric of the nation, but also hinder the implementation of government policies.

Statistically, Muslims comprise of only 3% of the administrative services personnel. Muslims are about 1.8% of the personnel in the foreign services, 4% of those in the police services, 4.5% in the railways, 6.5% in education, 7.3% in the home department, 7.8% in judiciary offices and 4.5% in the health department. This situation clearly needs a strong dose of ‘sabka saath, sabka vikas’ (the slogan of the BJP government at the Centre, meaning ‘together with all, for the development of all’).

After the channel’s trailer for the show was released, claims alleging that the civil services exam curriculum includes a subject called ‘Islamic Studies’ surfaced on social media. This too is completely false.

The literature portion of the examinations includes options from almost every language in the eighth schedule of the Constitution of India. Statistics show that Urdu is one of the languages selected the least. In 2017, 26 candidates opted for Urdu, in 2018, there were only 16.

Even after civil servants and their various associations condemned the news channel’s teaser video, it had no effect on the channel’s determination to air the show. The channel’s head criticised Muslims even after receiving a high court order that stayed the episode and even though the programme could have violated the Programme Code enumerated under the Cable Television Networks (Regulation) Act, 1995, on the grounds of compromising the sovereignty, integrity, public order and decency of the nation.

The channel alleged that Islamic televangelist Zakir Naik, who is charged with funding terrorist activities, was involved in the UPSC results. This was another ridiculous allegation.

The Rajinder Sachar Committee report in 2005 had made it clear that the conditions faced by Muslims in India were worse than those faced by the scheduled castes and scheduled tribes. Since then, many institutes, funded by the government and also privately funded, have helped people prepare for the prestigious civil services and also the Groups A, B, C and D services of the central government.

Watch: How Sudarshan TV Took on the Role of Spreading Communal Hatred Against Muslims

New awareness among Muslims via digital and on-ground programmes as well as a variety of initiatives by governments and by individual civil servants from the community on platforms like YouTube, Facebook and Instagram have definitely played a part in increasing the numbers of Muslims among aspirants to the civil services and those clearing the UPSC exams.

Even after they peacefully accepted the Supreme Court’s verdict on the Babri Masjid-Ram Janmabhoomi matter, the Muslims of India have been attacked by right wing groups. First, they were made into scapegoats for the spread of COVID-19 because of the Tablighi Jamaat gathering held in March. The Aurangabad bench of the Bombay high court has recently quashed FIRs against the Jamaat members. Now they are being accused of carrying out a jihad via the UPSC exams.

For decades, the Muslim community has had to defend itself against charges of anti-nationalism. But the fact is that Muslims are dedicated to India and aspire to attain the great heights that have been achieved by personalities such as scientist and former President of India A.P.J. Abdul Kalam and the brave soldier Abdul Hamid.

The lies being spread by Sudarshan News will unfortunately not only circulate the wrong impression among Muslims but also demoralise young aspirants of other communities who aspire to join the services.

Rais I. Shaikh is a Mumbai-based civil services aspirant.