An investigation by Alt News has revealed that the mazar, which Sudarshan TV claims was built by shutting down an existing Shiv Mandir, has actually stood at the site for 30-40 years. 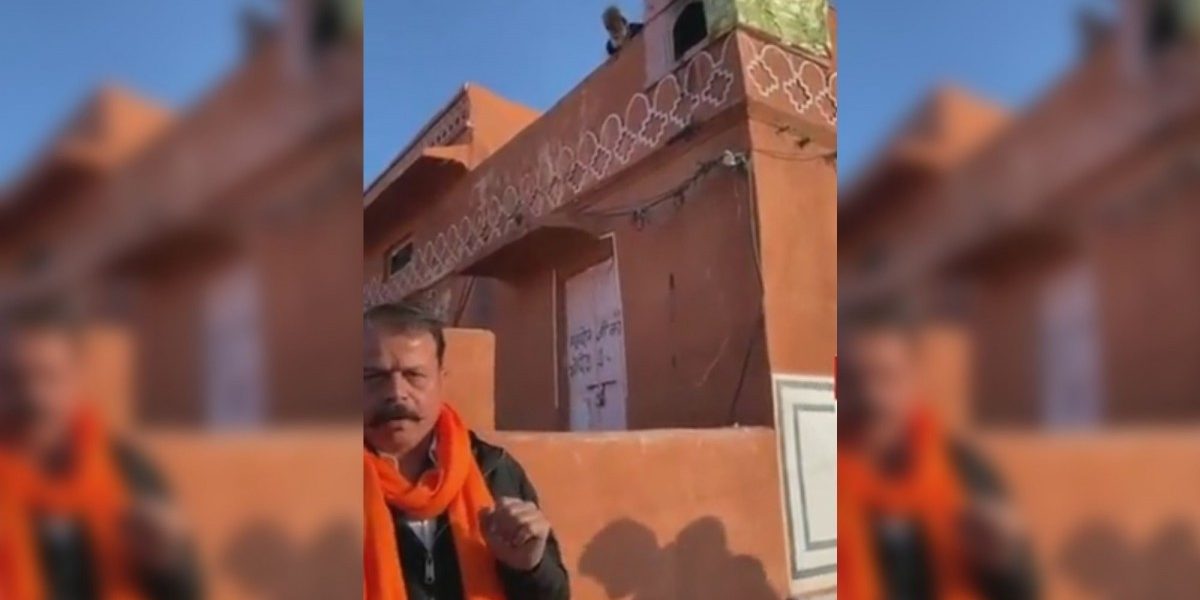 A two-part video was shared by Sudarshan News on January 21. In the first part, a man representing the Dharohar Bachao Samiti claims that a Shiv Mandir has been shut by the Devsthan Vibhag in Rajasthan and a Mazar has been built over it. The second part of the video simply highlights the dome of the Mazar from a different angle as the man on camera criticises the Congress-led Ashok Gehlot government in Rajasthan.

We took a closer look at the video and noticed the name of the temple – Mandir Shri Lakshmi Narayan Ji Bai Ji temple. It is located in Jaipur, Rajasthan.

The Mazar can clearly be seen in a stock image from January 29, 2020, available on Alamy.

Also read: A List of All the False Claims Made in Sudarshan TV’s ‘UPSC Jihad’ Show

We then looked for videos of the temple and came across a vlog by one RJ Saroj Swami. In the vlog, at 6:45 minutes, the Mazar is clearly visible and an inscription written on it reads, “Sayed Chandi Wale Baba…” The vlog is from October 2020.

Using this as a clue, we looked for more details and came across another video uploaded on March 5, 2017. The video provides some insights into this Mazar and says that Sayed Chandi Wale Baba’s Mazar is a prime example of communal harmony and both Hindus and Muslims visit this place to offer their prayers. The video also suggests that the Mazar is 30-40 years old.

Alt News reached out to a local who owns a business near the temple. He is now in his mid-40s and said that he can remember the Mazar being there since he was a child.

We also spoke with Anand Srivastava, Jaipur Police Commissioner, who corroborated the details revealed in our investigation. He further said that the temple is not closed and the Mazar became an issue because someone posted a picture of it on social media. “In the last 30-40 years, no one had any issue with it until the photo became viral,” he said, adding that he was unaware why the door that can be spotted below the Mazar appears to be locked.

Sudarshan News amplified a false claim that a mandir was closed in Rajasthan as a Mazar has been built in its place. Upon investigating it was found that the Mazar has been there for over 40 years now.