Silencing Scholarly Voices, One Event at a Time

Rational voices are being drummed out of India’s public sphere. How can scholars be expected to speak when the intolerant demands of haters are put above the pursuit of knowledge?

I had been invited to give a lecture on that day by the Krishnakriti Foundation, originally at the Kalakriti Art Gallery and later, owing to a tremendous response from Hyderabadis interested in attending, at the Bhaskara Auditorium at the B.M. Birla Science Centre. A few weeks before the scheduled date, self-described members of the Bajrang Dal, RSS, and BJP wrote letters of protest to the police. I only saw one such letter. The letter took umbrage to comments I made several months ago (on a topic that did not feature in the planned lecture), and its author argued that, as a non-Indian citizen, I have no right to freedom of expression on Indian soil. Various outfits within the Sangh parivar have opposed my scholarship on political grounds for some time now, frequently with relentless misogynist attacks on social media up to and including graphic death and rape threats.

Faced with this situation – venom-spewing protestors versus an academic speaking on her areas of expertise – the feelings of the former outweighed all other considerations. The Bajrang Dal and associates achieved their stated goal. I was disinvited to speak in Hyderabad. When I announced the cancellation on social media, I was met with a torrent of gleeful celebrations.

My planned lecture in Hyderabad was titled “Unpopular Stories: Narrating the Indo-Islamic Past and Navigating Present-day Prejudices.” As per the released abstract, I planned to speak on three topics: Aurangzeb (especially his assault on Golconda), the purported role of Islam in the death of Indian Buddhism, and Sanskrit narratives of Indo-Islamic rule. I have published peer-reviewed scholarship on the first two topics, and I am currently conducting research on the third (I am a trained Sanskritist). I recognise that the historical stories I narrate are often uncomfortable and earn me many detractors. But unpopular stories are arguably the most important ones for us to tell and hear because they challenge what we think we know and who we think we are, thus opening up new possibilities for identity, resistance, and change in a world increasingly overpowered by violent nationalism.

How can scholars be expected to speak when arts foundations and even the police choose to honour the intolerant demands of haters above the pursuit of knowledge?

Not everyone is interested in having their assumptions challenged, however. The cancellation of my lecture in Hyderabad is part of a larger trend of silencing the voices of academics, activists, and others who seek to present and debate critical ideas in India’s public sphere. Usually, we are silenced through peaceful means, although not always. Many events have been physically disrupted in India in recent years. Some people face violent, life-threatening assaults, as exemplified by the attempted shooting of a university student in Delhi on August 13, 2018.

In my case, the Bajrang Dal and associates, to the best of my knowledge, did not overtly threaten violence. Merely expressing their displeasure was enough to muzzle scholarly speech. This is a dangerously easy blueprint to hand to followers of Hindutva, many of whom are pursuing a broad mission to shut down academic discourse. Such a situation also reverberates far and wide in intimidating others from even attempting public lectures in India. How can scholars be expected to speak when arts foundations and even the police choose to honour the intolerant demands of haters above the pursuit of knowledge?

Many Indians have been as horrified as I am by both the virulent opposition to scholarship mounted by members of right-wing Hindu groups and the successful intimidation of organisations, the police, and venues. In the past week or so, some of my academic colleagues and others have written op-eds, penned a statement, and decried the silencing of scholarly discourse in Hyderabad. Dissent is good, but is it troubling that we are restricted to giving voice to dissent only in select publications and, in my case, in print rather than in person? It is time to cast an unvarnished gaze on how virulent Hindu nationalists are extracting concessions from everybody else, thus allowing an enraged minority to keep knowledge from a thirsty majority.

In the cancellation of my Hyderabad lecture, most involved tried to deflect, rather than face, their own moral culpability. The organisers cited concerns about safety, security, and poor organisation while arguing to me – sometimes in a raised voice and always in contradiction to their actions – that they supported academic discourse and freedom of expression. The secretary at the Birla Science Centre cited me being “controversial” as the reason for cancelling the venue booking. That term covers up the twisted nature of this “controversy.” For more than a year, proponents of Hindutva have bombarded me with vile hate and made all manner of defamatory statements about me. Then they objected to me giving an academic lecture precisely because they have unrelentingly lobbed such filth at me. In other words, they attacked a woman and then blamed her for it. And it worked.

I met with a different response in other places in India. On August 3, 2018, I spoke in Kolkata at the Seagull Foundation’s History for Peace Conference, held at the Tollygunge Club, without issue. The India Habitat Centre in Delhi went to some lengths to ensure a robust security presence when I lectured on Aurangzeb. On August 9, 2018, I gave a public talk at the Habitat Centre to an auditorium of nearly 500 people without encountering any problems. I also spoke at two universities in August 2018 – JNU in Delhi and Aligarh Muslim University – both without incident. At Aligarh, several scholars criticised my work on academic grounds, which was refreshing and productive. 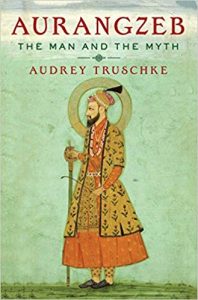 Aurangzeb: The Man and The Myth
Audrey Truschke
Penguin, 2018

My successful lectures in India attest to still living Indian traditions of tolerance and debate. But my cancelled lecture signals how, with increasing fervour, rational voices are being drummed out of India’s public sphere. The space for people to discuss ideas and even the list of acceptable topics are shrinking. This constriction is being led by Hindutvavadis, but it is enabled by an increasing willingness on the part of others to bow to their demands. I myself am not immune from such pressure, and I have written about how I unhappily agreed to lightly censor Aurangzeb: The Man and The Myth (Penguin, 2017) in order to comply with Indian laws that protect religious sentiments, thus prioritising feelings about the past above the analysis of history. It is hard to see oneself as complicit in, acquiescing to, or genuinely bullied by Hindu nationalists. And yet, that is the situation in which we increasingly find ourselves in these difficult times. We need the courage to face how people across the board are buckling under pressure and how many – however horrified they might be at the result – are playing by the rules of the Hindu Rashtra.

A saffron wave is sweeping across India, drowning many in its wake. I do not know what it will take to change the current trend of “compromising” by giving in to the demands of extremists who seek to silence others, which is empowering the most extremist and deplorable elements in Narendra Modi’s India. But let us begin by talking about this alarming set of affairs, analysing it, and resisting it, while we still can.