A senior police officer told The Wire that the FIR against the victims appears to be dubious. The victims say it is politically motivated, given the upcoming elections. 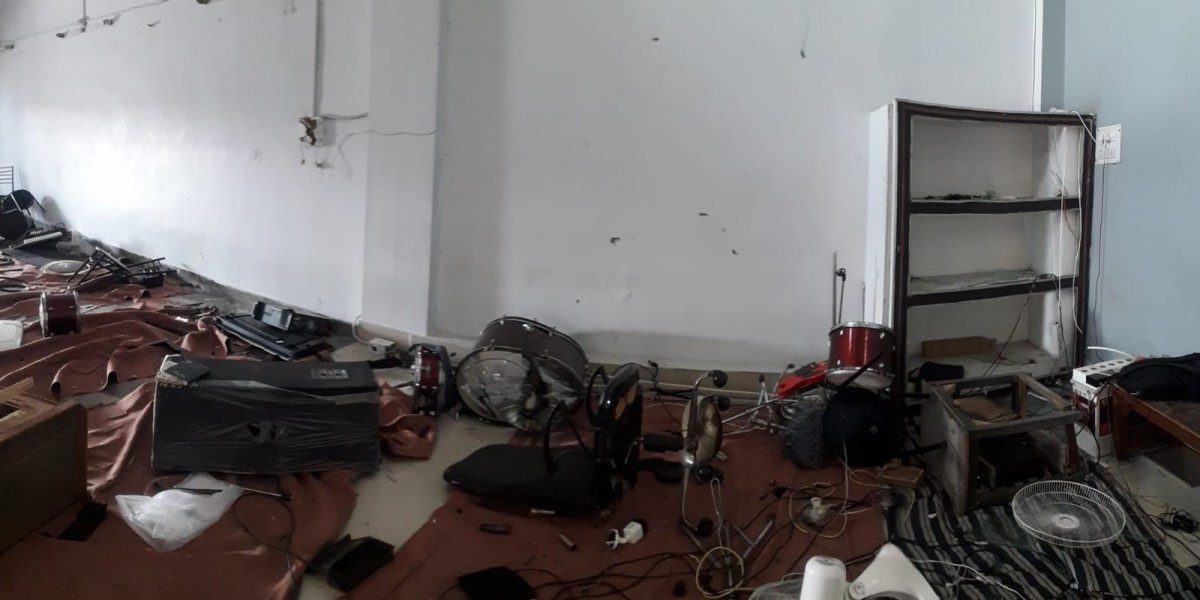 Dehradun: A day after the violent attack by a mob of over 200 people on people praying in a Roorkee church, not only have the Uttarakhand Police made no arrests but – much to the disbelief of Prio Sadhana Lance, who manages the church – they have also registered a case against her and nine others for threatening and attacking another woman, identified as Kavita.

On Monday, Solanipuram colony where the church is located saw the deployment of a large contingent of police personnel and no one was allowed to enter the church. Residents of the neighbourhood preferred to stay away from journalists who arrived at the scene.

“It seems that the Uttarakhand Police is under pressure because no arrests have been made in our case and, on the contrary, the police have registered an FIR against us, which is politically motivated,” said Lance, who lives near the church with her two daughters. Two policemen have been deployed at their house.

A DIG-rank police officer told The Wire that the FIR registered against Lance appears to be dubious. “Today, our team has accessed the CCTV footage from a house close to the church. The second FIR appears to be bogus and we will cancel it in due course of time,” the officer said. He added that all those named in the FIR for attacking the church are being traced and will soon be arrested.

Meanwhile, BJP state president Madan Kaushik claimed that the church was being used for the conversion of Hindus. “Those involved in the incident were actually residents of the same colony who were angry at the conversion that used to take place in the church. The incident is actually a neighbourhood matter that has been blown out of proportion,” said Kaushik.

The FIR against the church has been registered by Kavita, who alleged that she was asked to join Sunday prayers. Her FIR alleges that she was told that after her conversion she would be given Rs 2 lakh and that the trouble started when she started arguing. She has named 10 people who were in the prayer hall at that time.

Her account is at odds with what Lance and other churchgoers allege.

At around 10 am, according to Lance, a large number of hooligans barged into the church and went on a rampage for over 40 minutes. “This frenzied mob which attacked us in the church belongs to local right-wing organisations. We have named some of them in the FIR but no action has been taken yet,” she said.

Dismissing the charge that the church lures people for conversion, she said, “I worked as a teacher in a KV school and after retirement I am managing everything from my savings and pension. The allegation that we are luring people with money for conversion is politically motivated because elections are just round the corner.”

A church volunteer, Sumit Kumar, said that since last week, he and others in the church had a gut feeling that they would be attacked. “We had given a written application to the local police in Roorkee and Haridwar about our fears. But no action was taken. If the police had given us security, this incident could have been averted.”

On Sunday, when the prayers were about to start, the attacking mob shouted slogans like ‘Vande mataram’ and ‘Bharat mata ki jai’, entered the church and started beating everyone in the prayer hall. Kumar, who is an eyewitness, told The Wire that the attackers damaged the CCTV cameras to destroy evidence. “There was meticulous planning and a conspiracy behind the violent attack that the right-wing organisations conducted,” said Kumar, adding that the police must probe this aspect.