Ashwini Kumar Choubey defended his son, saying, "Is it wrong to talk about Bharat Ma? Is it a crime to say Vande Mataram?" 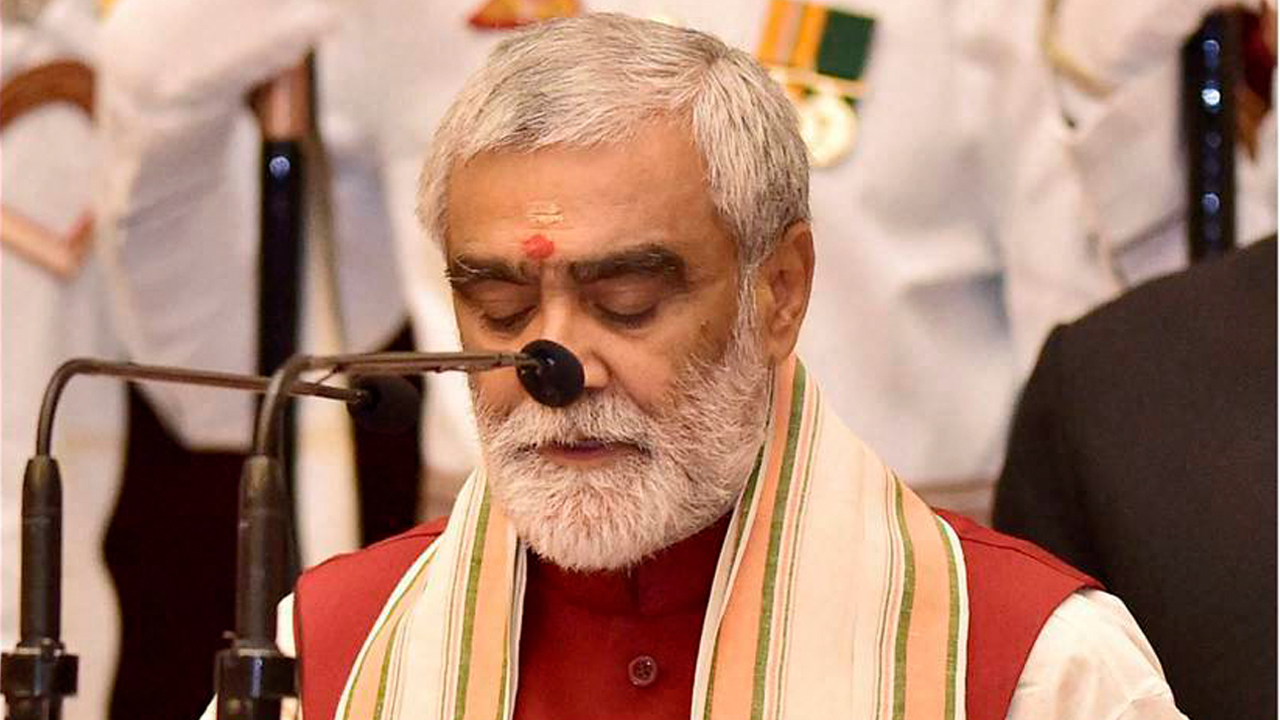 The procession, taken out on the eve of the new Hindu year, began from the Budhanath temple and reached Nathnagar, crossing several Muslim localities in Bhagalpur. Clashes occurred in the Muslim-dominated area of Medini Chowk, under Nathnagar police station, Indian Express reported.

Some of the locals objected to playing music, which led to some tension, but police intervened after which the procession moved ahead, senior superintendent of police, Bhagalpur, Manoj Kumar said. A quarrel, however, began soon afterwards among local residents belonging to two different communities – gunshots were fired, stones hurled and shops set on fire.

Lalmatia outpost in-charge Sanjeev Kumar, who was deployed in Nathnagar, told Indian Express that some of the slogans raised during the rally were “provocative”, perhaps triggering the violence.

Shashwat, who was the BJP candidate from Bhagalpur in the last assembly elections, did not win the seat. He denied that any provocative slogans were raised. “It was a motorcycle procession. I was about 3-4 kms from the spot when the stone-pelting took place. The police jeep was moving ahead of me. You can check video clips of the incident to confirm what I am saying,” Indian Express quoted him as saying.

Choubey too defended his son, saying that the rally he organised was perfectly legitimate. “I am proud that Arijit is my son. All BJP workers are like my son. Is there anything wrong in leading a procession to celebrate the Hindu New Year? Kya Ma Bharat ki baat karna galat hai? Kya Vande Mataram kehna gunah hai? (Is it wrong to talk about Bharat Ma? Is it a crime to say Vande Mataram?)”

Kumar said that an FIR has been filed against unknown persons and an investigation into the violence is on. Most shops in the area remained closed on Sunday even though there were no prohibitory orders, and police and paramilitary presence was high, according to Indian Express.

This is not the first time that a right-wing rally passing through Muslim areas has allegedly shouted communally-provocative slogans, leading to communal violence. In Kasganj in January this year, clashes during and after a tiranga yatra organised by Hindutva groups on Republic Day led to the death of one person and left several injured. The bikers who were part of the rally allegedly shouted communal slogans while passing through a Muslim locality where a flag-hoisting ceremony was taking place.

After the violence in Kasganj, the Bareilly district magistrate had criticised the “trend” of entering Muslim localities and shouting anti-Pakistan slogans. “A very strange trend has started of late. Take out processions by force through Muslim-dominated localities and raise anti-Pakistan slogans. Why? Are these people Pakistani? The same thing had happened in Khailam village of Bareilly. Then stones were pelted, FIRs lodged,” DM Raghvendra Vikram Singh said. He later deleted his post after being trolled online, but said he stood by his statement.