Does (Your) Blood Determine (Your) Morality?

In the terrible imagination of nationalist fundamentalism, everything has to be reduced to just one – one choice, one morality, one religion, one nation.

Flowers and cards are seen at the memorial site for the victims of Friday's shooting, outside Al Noor mosque in Christchurch, New Zealand March 19, 2019. Credit: Reuters/Edgar Su

On Wednesday morning, I got a WhatsApp forward from a Christian friend. He said, with a touch of disbelief, that this message was being unscrupulously circulated by his Hindu in-laws, who belonged to a certain political and moral dispensation. It read (in Hindi):

I will ignore the vulgar insinuation on Rahul’s paternity, and treat Rahul as an unknown signifier, who is not associated with the particular man in question, and not bearing his surname. I want to analyse the wider meaning and implication behind the language of the message, keeping its insulting propaganda and intention aside. I will consider Rahul to be anyone, whose parents belong to two different religions.

What is revealing is that religious association is understood as having a fundamental – and the only – bearing on someone’s moral response to a tragedy. Rahul is being made an exemplar of someone with divided loyalties, someone who is unable to make an ethical choice between the victim and the offender. The understanding of the person behind the message is crudely simple: You can only make a judgement in favour of and against an event, solely from the perspective of which religion you belong to. There is no ethical or moral standard of judgement in itself, beyond (religious) identity. There is a complete disregard of ethical and moral resources that may be recovered from the vestiges of religious faith. Any indication of moral scruples is woefully missing in, unavailable to, and unnecessary for all those people who are consuming and encouraging this banality of evil.

This is what a morally driven political fundamentalism is all about. This is the real language of what is accusatively labelled “identity politics”, a politics wrongly associated in certain journalistic and shallow academic discourses, with all those who are struggling against the hegemony of a particular (majoritarian, powerful) identity.

Also read | ‘Our Only Mistake Was Being Born Muslim’: A 25-Year Fight Against Terror Charges

The language of the message assumes that Rahul has no moral and intellectual capability to make a judgement for himself. And that his moral and intellectual judgement is limited by who his parents are. Morality and intellect is being simply reduced to blood. It is being argued, your blood determines your moral choices. This is a perfect example of herd morality that seeks to empty you of all other associations (and responsibilities) that you are born with. You are forced to imagine no other association, no other responsibility, except your patrilineal and matrilineal one. It’s simply down to your parents.

The argument is driven by a determinism that does not include the element of “human will”. Not just the idea behind the Aristotelian idea of self-mastery as acting against one’s own “akrasia” that means weakness of will or lack of judgement. Not just the modern idea of “free will” which is always self-questioning, and is in doubt of being free. Not just the idea of the will to live ethically, with a sense of affectivity and responsibility that is not biological. All this is not under consideration in the message. There, what matters is your family lineage and religious ties. There is nothing so religious about it, except what crass middle-class households understand of religion being a territorial demarcation of names, habits and practices that secure your house from the house of the neighbour.

Religion in this understanding is a barbwire that separates one house from another. In the cities of our times, religion is nothing but a gated community. What lie gated are not simply your living space, but your psyche, and your morality. Those who live in a gated community share a religion, with people carefully chosen to represent it. Outside the community lies the world of fear and violence. The idea of the nation is also of a gated community, where our borders are gates that secure us. This painfully limiting border of political existence is expected to inform all our moral and intellectual considerations. 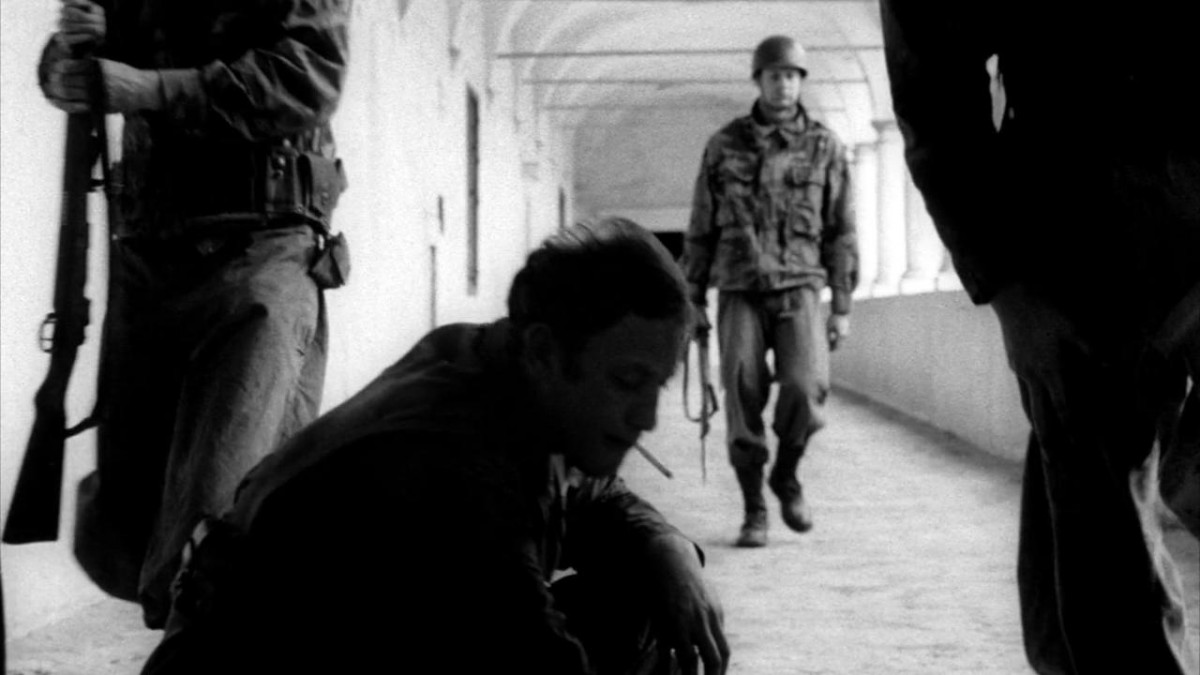 A still from Werner Herzog’s The Unprecedented Defence of the Fortress Deutschkreutz (1966).

We must all be soldiers (in minds wearing dangerous uniforms) guarding our borders. Nothing should escape this fortress. Not even the rat that accidently enters the scene in Werner Herzog’s The Unprecedented Defence of the Fortress Deutschkreutz, where a group of young boys are playing with defunct guns and worn out military uniform. Can we escape this game and style of thinking? Is the act of thinking and considering someone, is life itself, possible outside this paranoiac space? What does it matter if my mother is Hindu and my father is Muslim?

The people who died, matter, irrespective of their religion. They matter because they died. They matter as Muslims, if they were killed in the name of being Muslims. If being against the killer is to be measured against Christian “interests”, then to be Christian means nothing more than majoritarian and racist.  To be Christian in the only ethical and moral way possible in that religion is to be against its own monsters of hate. If as Hindus you find occasions of hate crimes as an opportunity to make fun of people with mixed religious backgrounds, you are morally defunct.

Religion has a much profounder and longer history than the territorial demands of the nation. Of course, the history of religion is full of territorial violence in the name of god. The task of all ethically sensitive religious reformers has been to help people transcend this idea of religion as an irreconcilable wall of difference. Our historical task is precisely to help communities imagine – and face – each other without the fear of difference.

Rahul is being projected as a man who does not have a moral conscience. This assumption is possible only by someone who considers primordial association with one’s own blood to be more fundamental than having a moral conscience. Rahul’s dilemma appears funny to these people because he is caught between two religious identities. Notice the sleight-of-hand argument being made here: Rahul can only think within his religious options, and thus fail (find it difficult) to be on the side of the victims. But it isn’t considered wrong, in itself, to think within these categorical options. To assume such a thing and accuse other people of it require a high degree of moral ineptitude. Moral ineptitude leads to a community’s moral degeneracy as visible in my Christian friend’s Hindu in-laws. Religion is stripped of religion, morality is stripped of morality, when such arguments based on blood and territoriality is made. Morality and ethics bleed on these (conceptual) borders of nationalism. 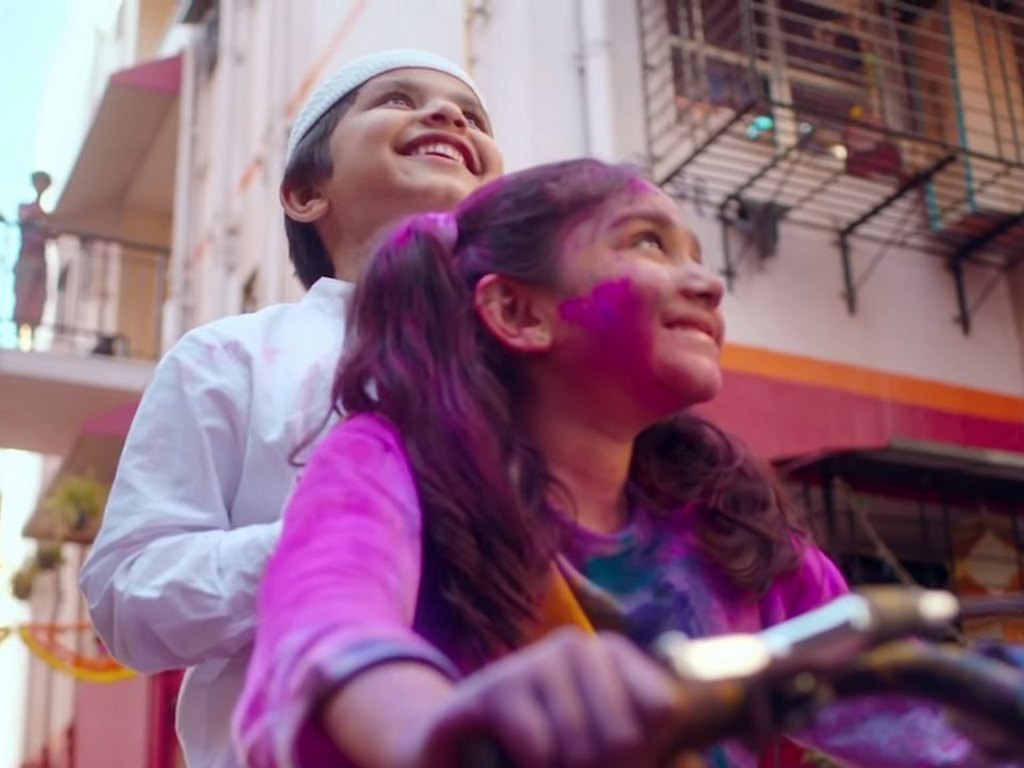 A still from the recent Surf Excel ad.

In the terrible imagination of nationalist fundamentalism, everything has to be reduced to just one – one choice, one morality, one religion, one nation. Twoness is regarded funny, and dangerous, as a split personality. Twoness is a disease that has to be exterminated. The twoness within and the twoness out there in the world, are both under threat.

This is not Alain Badiou’s “one divides into two”, regarding class antagonisms. I look at the property of twoness as fundamental to oneness, where both war and unprincipled peace are false options, based on a lack of – cultural, ethical, political – engagement. I am more interested in the magnetic (social) space that creates love and conflict between oneness and twoness, drawing them near, and throwing them apart. The ethical approach to twoness is closer to Gandhi’s illustration of two quarrelling brothers who need to be vigilant against the third party: the law, the supposedly neutral and objective arbitrator. The third party robs twoness of its sensuous proximity, and affective spontaneity. Badiou’s third party is history.

Twoness is the name of a desire of being two, of looking for another, of looking to be another. Twoness is love. Those who conceive such WhatsApp messages do not want us to live in twoness. Ethics and morality exists in the world, including in religion, only because the possibility and trembling of this twoness exists. To be one, or the idea of oneness, exists as a desirable prospect of human life, only because of the problem and the desire that twoness brings into the world. Without two, there is no one.