On the Night Before Holi, a Muslim Man Was Lynched in UP

The police have arrested seven persons but the key accused in the case, a teacher who runs the local RSS shakha, is absconding. 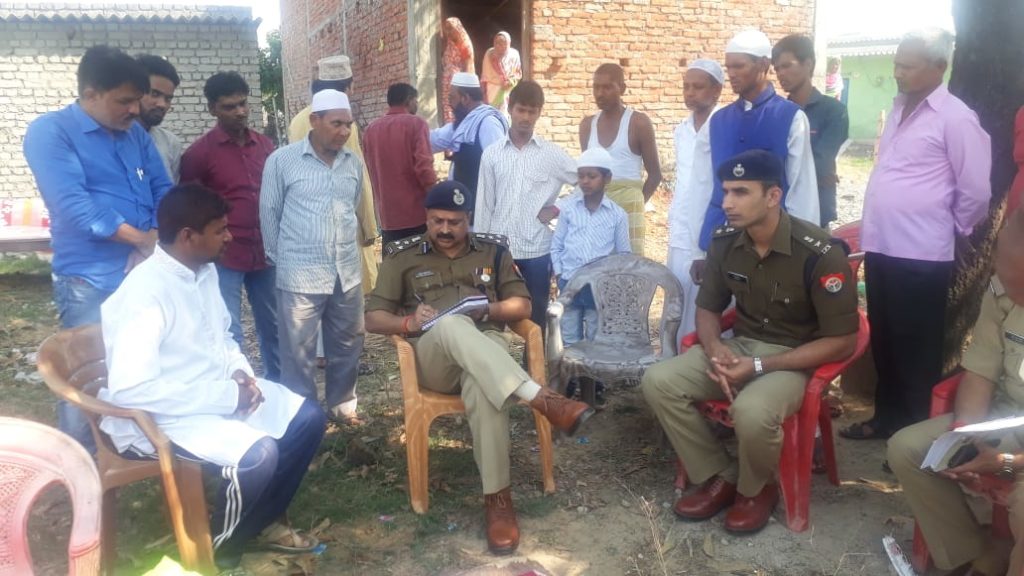 Allahabad: In one of the most peaceful areas of Uttar Pradesh, one which has not seen communal clashes for several years now, the night before Holi was different. While most people were busy making arrangements for the festival, a Muslim man was attacked and lynched by a mob.

In Poroshi village, under the Obara police station in Sonbhadra district, 20 people reportedly attacked and killed an elderly man, Mohammad Anwar. They first hit him with sticks and then used an axe. Anwar had just returned from the Ajmer Sharif dargah after ziyarat (pilgrimage).

An FIR has been lodged with the names of 20 accused. The main accused, Ravinder Kharwar who runs an RSS shakha nearby, has been absconding.

According to Anwar’s brother Naeem, “The murder is the fallout of a dispute over a small piece of cemented land called the Moharram Chabutra, where the Muslims used to keep their tazias during Moharram. This has been the practice for the last 10-15 years, and both Hindus and Muslims lived in harmony. But Kharwar, the main accused, had his eye on this land as he wanted to run the RSS shakha there.”

“Using his clout as a government school teacher, Kharwar was successful in getting the cemented portion removed. We complained to the higher authorities. It was only after the intervention of the sub-divisional magistrate and other senior officials that we reached an agreement with the other party.”

Also read | ‘Our Only Mistake Was Being Born Muslim’: A 25-Year Fight Against Terror Charges

Close to a month and a half ago, the cemented land was razed one again. Like before, the police had to be called in and status quo restored.

“The murder was planned and they came with sticks and an axe”, said Naeem. “The accused wanted to perform the Holika Dahan on that land. When Anwar raised questions on the mob’s intentions, they covered him with a piece of cloth and attacked him,” said Naeem.

Anwar’s son, Mohammad Hasnain, told The Wire, ‘This is not the first time that there has been a dispute regarding this land called, ‘Imam Chowk’. Whenever we approached the police, they said that the matter will be resolved amicably. But nothing happened.”

On hearing of the attack, a large police contingent rushed to the spot, including superintendent of police Salman Taj Patil.

Patil said that he received information about the violence at around 1 am. Anwar was immediately rushed to a hospital, where the doctors declared him dead.

Though the main accused is still absconding, a total of seven persons have been arrested. The National Human Rights Commission has also taken up the matter.

Raja Chowdhury is the editor of INDvestigations.