The circular sent around for the meeting has already met with criticism from quarters who have said Urdu is very much an Indian language. 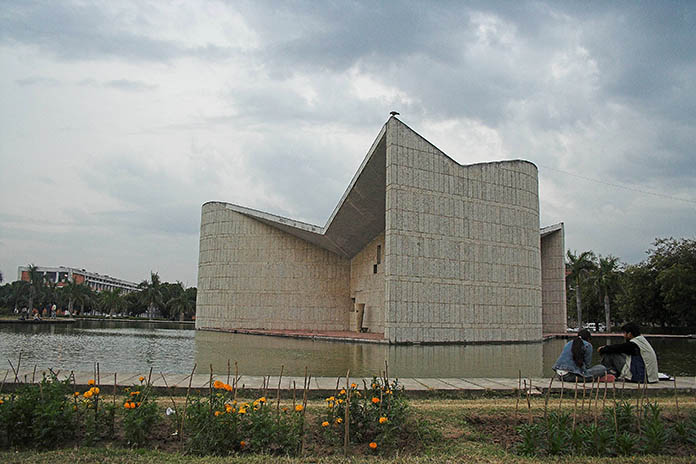 New Delhi: Urdu may be one of the 22 Indian languages enlisted in the Eighth Schedule of the constitution, but that has not stopped the Panjab University in Chandigarh from mooting a proposal to enlist it as a ‘foreign language’.

A committee headed by the university’s Dean of University Instructions (DUI) is scheduled to meet on September 30 with the agenda of merging small centres and departments.

“The objective of the merger is to enhance academic performance by sharing infrastructure and human resources i.e. teaching and non-teaching staff,” stated the two-page circular. The merger, it said, was necessitated by requirements of the National Assessment and Accreditation Council.

Thus, a school of foreign languages will come up by disbanding the individual departments of Urdu, Tibetan and Chinese Languages, French, German and Russian languages. 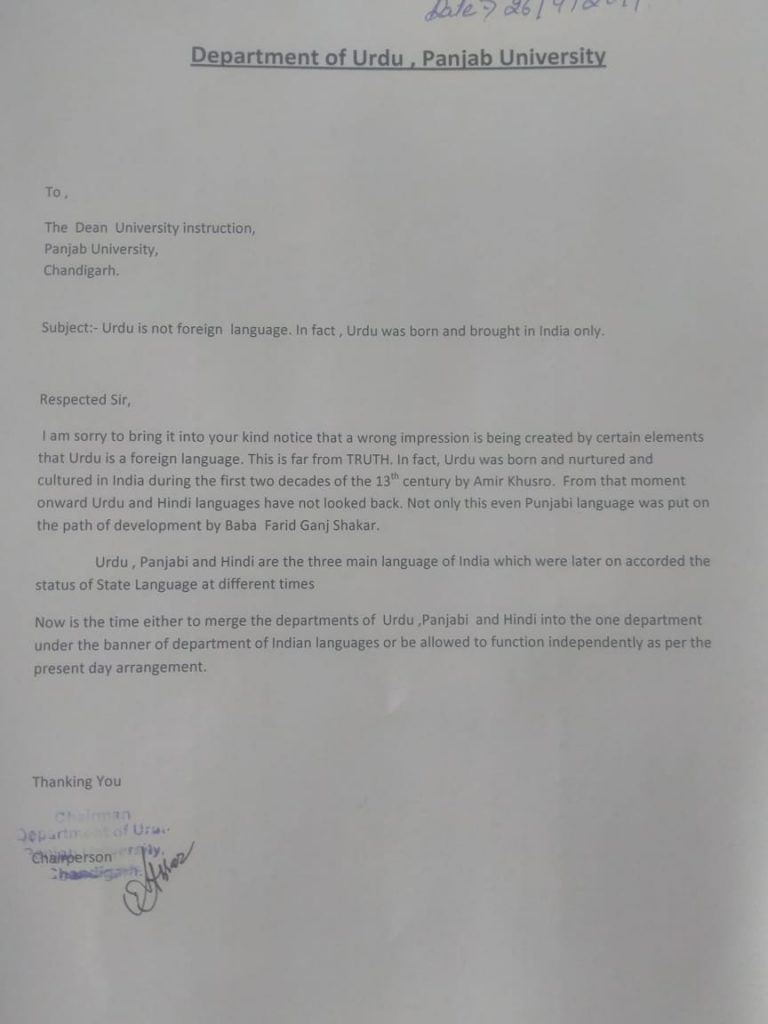 Incensed as to how Urdu can be designated a foreign language, the department’s coordinator Dr Ali Abbas has written a letter of dissent to the DUI.

“I am sorry to bring it to your kind notice that a wrong impression is being created by certain elements that Urdu is a foreign language…In fact, Urdu was born, nurtured and cultured in India during the first two decades of the 13th century by Amir Khusro. From then onward, Urdu and Hindi languages have not looked back. Not only this, even Punjabi language was put on the path of development by Baba Farid Ganj Shakar,” Abbas wrote.

“Now is the time either to merge the departments of Urdu, Punjabi and Hindi into one department under ‘Indian languages’ or to let Urdu function independently as per the present day arrangement,” the coordinator added.

Dr Jha, who will preside over the crucial meeting on Monday, told The Wire over phone that “it is evident that this (Urdu) is not a foreign language.” He added that there have been objections to this from various quarters and that the DUI will “look at it in the meeting”.

Jha further added that all instructions are received from the Vice-Chancellor’s office, when asked who had drafted the agenda for the meeting. Professor Raj Kumar is currently Panjab University VC.

Dr Akshay Kumar who heads the department of English stated that this was the second such attempt in two years to de-recognise Urdu as an Indian language.

“About two years back, when Dr Grover was the VC, he himself had proposed to designate Urdu as a foreign language, but I then stood up and opposed him,” he said.

“They are again using the NAAC guidelines (to merge small departments) as a tool to that end,” Kumar noted, adding that the issue would be debated in the meeting.

The English head also said that Urdu’s status as Pakistan’s official language did not make it a foreign language. “Let me say that Urdu came up as an official language in India much before Hindi and Punjabi and this historical fact can’t be denied,” Kumar added.

The Eighth Schedule of the Indian constitution has it that Urdu originated from amongst the ‘Indo-Aryan family’ and is officially one of the languages of the states of Jammu and Kashmir, Delhi, Telangana, Jharkhand, Bihar, Uttar Pradesh and West Bengal.

VC Raj Kumar was not available for comment. His personal assistant, however, called the reporter to ask “what exactly the matter was.”

Students, meanwhile, have been worried. A bunch of them pointed to a book in the library, A Grammar of the Hindustani or Urdu Language authored by John T. Platts, a former inspector of public instruction in the central provinces of India. “Any step to label Urdu as a foreign language will be purely unacademic and communal,” said a senior scholar on condition of anonymity.