On Wednesday, a mob entered and vandalised a Hindu temple in Pakistan’s Punjab province after a local court gave bail to a nine-year-old Hindu boy for allegedly urinating at a seminary. 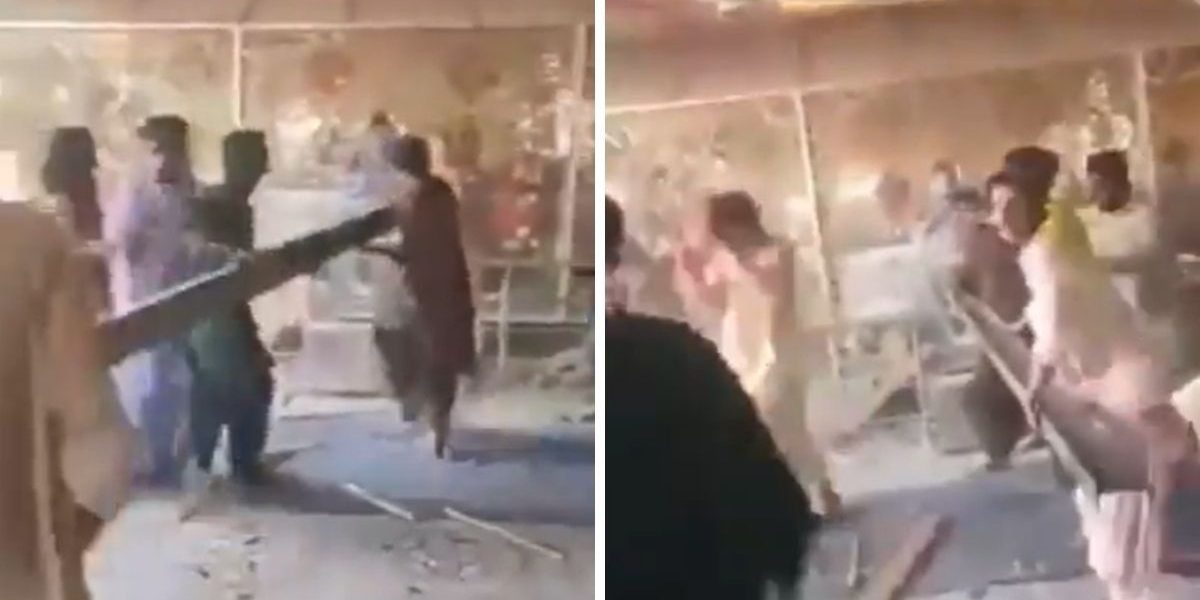 New Delhi: Pakistan’s prominent English-language newspapers have strongly criticised the recent attack and desecration of a Hindu temple in Rahimyar Khan, describing it as an example of the dangerous radicalisation underway in Pakistani society and calling on the government to take swift action.

On Wednesday, a mob entered and vandalised a Hindu temple in Pakistan’s Punjab province after a local court gave bail to a nine-year-old Hindu boy for allegedly urinating at a seminary. There was also a delayed response from the local police, which arrived only late in the evening.

India lodged a strong protest by summoning the charge d’affaires of the Pakistan high commission to the Ministry of External Affairs. The Pakistan Supreme Court chief justice also took cognisance and issued notice to the Punjab provincial heads of administration and police to appear before the apex court.

Both of Pakistan’s largest circulated English newspapers stated that the actions needed to be stronger as impunity in previous incidents had encouraged the frequency of the attacks.

Dawn’s editorial stated that the incident “once again exposed how tenuous the rights of minorities are in today’s Pakistan”.

It warned that the violence “will send a ripple of fear through the local Hindu community, as well as reinforce the sense of insecurity among Pakistan’s minorities as a whole, the prime minister’s condemnation of the incident notwithstanding”.

Describing the incident as shocking, The News said that the level of intolerance in society could lead to a repeat of the incident at any time. It noted that since the accused is just a minor, law enforcement officials should have been more cautious about registering FIRs. “Here the question is not only about the implementation of the law, but also about the pressure that right-wing extremists wield in Pakistan and the readiness of the police itself.”

While it was shocking, it was not surprising, said The News editorial, which noted that there had been a “consistent history” of attacks against places of worship of non-Muslim communities in Pakistan.

Dawn also observed that the vandalism showed how society had become radicalised, and vigilante mobs can be incited by a few persons with other vested interests. “It is often the case that religious disputes are deliberately escalated in order to ‘neutralise’ differences over money or land, and drive out the ‘target’, be it a family or an entire community.”

The rising attacks are due to a “sustained policy of overlooking – and even encouraging – extremist tendencies in society”, said The News, pointing to school books and discriminatory laws.

“There is a need to detoxify the entire society and train our youth to be tolerant and accommodating towards other religions and sects. Those who incite people to violence against minorities need to be dealt with sternly, as their impunity encourages others to commit similar crimes. It must be made clear that attacking any place of worship is simply unacceptable.”

On the latest incident, Dawn called on the government to ensure that all those involved in vandalising the temple, including the instigators, are punished under law and the temple repaired.