The recent allegations by the parents of a Jacobabad teenager are proof of the government's apathy. 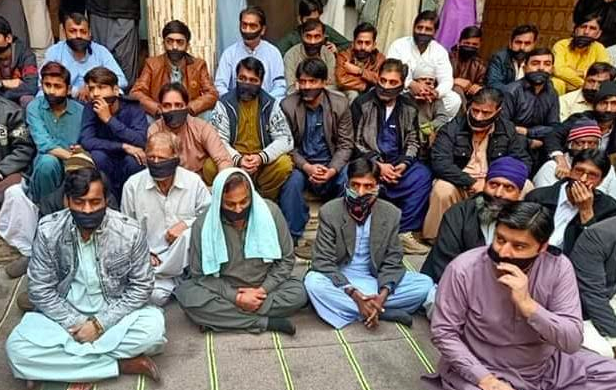 A protest by members of the Hindu community in Jacobabad. Photo: By special arrangement.

Karachi: On January 16, 2020, Mehak Kumari went missing from her house in Jacobabad, in Pakistan’s Sindh province. Her family says one Ali Raza Solangi kidnapped and converted her to Islam at the Dargah Amroot Sharif in Shikarpur and then married her. Mehak, also known as Nanki Kumari, is 15. Ali Raza, 28, they allege.

“My daughter Mahek Kumari is a minor – we have all the documents to prove her age. Ali Raza, who abducted her, is already married with four children. He is a daily wage earner. Tell me, why would my daughter be inspired to marry him?” asks Vijay Kumar.

On January 21, 2020 Mehak was presented at a session court in Jacobabad. By then, said her family, she had already been converted. The court sent her to a shelter house and asked the Larkana Medical Board to submit a report on her age by February 2.

In video of the crowd and policemen surrounding the girl, she can be seen, along with Ali Raza, covering her face. According to local reports, members of the local Hindu community and workers of the religious parties of Jamiat Ulema-e-Islam (F) and Dargah Amroot Sharif were present during the hearing of the case.

Each time a case of forceful conversion is reported, the state refreshes its promise of enacting laws on such conversions. However, federal and provincial governments both share responsibility of the gross negligence that accompanies the lack of legislation when it comes to forced conversions.

Notably, in October last year, the Sindh government turned down a bill on forced conversion.

The role of proof

Ravi Dawani, secretary general of the All Pakistan Hindu Panchayat said, “When the Sindh government brought the Child Marriage Restraint Act, 2014, we felt relief that ours daughter would be safe. Later, we saw that these laws never managed to protect our daughters.”

In the Reena and Raveena case, for instance, the parents presented a legal documents asserting their daughters were underage. However, the courts rejected the papers, saying that they had been drawn up recently.

In the Jacobabad case, parents had submitted a B-form that was made in 2014. “If our documents have less value then why should we should make the effort to maintain these documents?” asked Dawani. 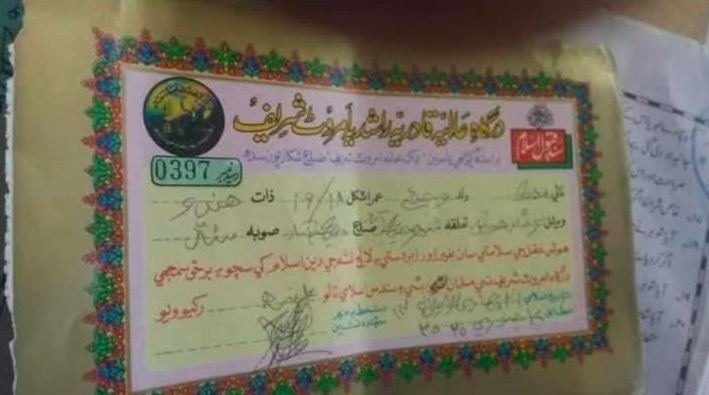 Khaeel Das Kohistani, PMLN member and member of the national assembly, is also member of the committee for a bill on forced conversions.

He said that Sindh Police has utterly failed to trace converted non-Muslims girls. “Nor did the Sindh government’s child marriage restraint act keep the girls safe,” he added.

He also alleged that Mahek’s medical reports were being examined by people who were in support of forced conversion.

Mahek was converted at Amroot Sharif in Shikarpur. The distance of which, from Jacobabad, is about 41 km. It is thus unthinkable, said Khaeel Das that the police did not know where she was.

Few ministers have spoken out on the issue. Neither the Sindh government, nor its ministry of minority are in sight.

“How can we expect minority ministers’ help us when we do not elect them? They are selected by parties,” said Lalchand Seetlani, president of the Jacobabad Hindu Panchayat.

The latest of the men held responsible for forceful conversion, Ali Raza Solangi is thrice married. Pakistan’s family law mandates that permission from earlier wives be submitted before a man marries again.

Ali Raza Solangi was reported not to have submitted a permission from his previous wives.

Lawyer Zameer Ghamouro said the court should have asked about it. “They did not ask because they knew the condition of women. They can seldom go against their husbands,” he added.

Veerji Kohli, special assistant to the chief minister of Sindh on human rights said that in weddings, details of previous marriage and permission from existing wives are required. “If they do not provide permission then marriage would be considered illegal,” he said.

However, when asked, Jacobabad religious leader Allam Domki rejected the legality of permission from the earlier wife, and called it against the Shariah.