The BJP's attacks on Shah are reminiscent of the hostility with which Aamir Khan's comments on intolerance were met in 2015.

New Delhi: The organisers of the Ajmer Literature Festival had to cancel Bollywood actor Naseeruddin Shah’s keynote address on Friday following a protest by the Bharatiya Janata Party’s youth wing.

The right-wing group was protesting against recent remarks made by the veteran actor on the rise in incidents of mob lynching across the country.

“There is complete impunity for those who take the law into their own hands. The poison has already spread and it is difficult to put this jinn back into the bottle,” Shah had said during an interview with Karwan-e-Mohabbat.

On December 3, mob violence broke out in Uttar Pradesh’s Bulandshahr over an incident of alleged cow slaughter in the Mahaw village of the district. The violence led to the death of two men, including police inspector Subodh Kumar Singh, who was killed by right-wing activists.

Expressing concern, Shah said that “the death of a cow had more significance than that of a police officer.” 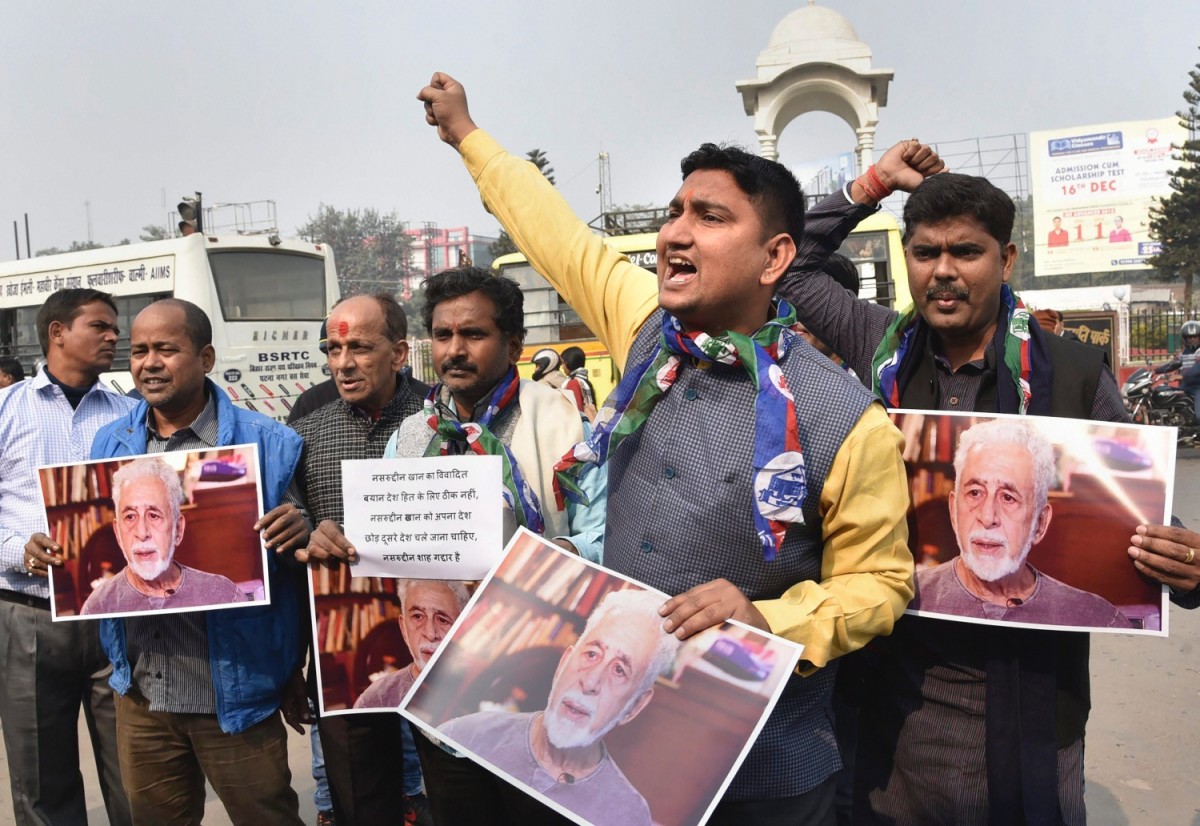 The actor added, “I feel anxious for my children because tomorrow if a mob surrounds them and asks ‘are you a Hindu or a Muslim’, they will have no answer.”

Shah, who is Muslim, is married to the well-known stage and cinema actor, Ratna Pathak, a Hindu.

In a playbook reminiscent of right-wing outrage over remarks made by the actor Aamir Khan in 2015 decrying the government’s failure to act against violence,  Shah’s statement remarks triggered a sharp reaction from many BJP leaders and their supporters. Some took to social media to register their protest and likened Shah to a character he had played in the 1999 movie, “Sarfarosh”.

The 68-year-old actor was supposed to deliver the keynote address at the fifth edition of the three-day literature festival in Ajmer.

Also Read: Death of a Cow Has More Significance Than That of a Police Officer, Says Naseeruddin Shah

Before the event, many right-wing activists protested outside the venue. One of the protesters also hurled black ink on the poster of Shah.

Raas Bihari Gaur, coordinator of the festival, told PTI, “Shah was scheduled to inaugurate the festival but he did not come because of the protest by some locals over his comments.”

Shah was also scheduled to launch his book in the opening session, which was also called off due to the protests.

Earlier in the day, Shah visited his alma mater, St Anselm’s Senior Secondary School, where he was asked by reporters about the backlash he is receiving on social media following his remarks.

He said that he made the comments as a concerned Indian citizen. “What did I say this time that I am being termed as a traitor?” Shah told reporters.

Naseeruddin Shah: What I said earlier was as a worried Indian. What did I say this time that I am being termed as a traitor? I am expressing concerns about the country I love, the country that is my home. How is that a crime? pic.twitter.com/XcQOwmzJSh

“I have to bear criticism. If they have the right to criticise, then I also have the same right. I am expressing concerns about the country I love, the country that is my home. How is that a crime?” he asked.

“We cancelled the session after the vandalism. We were concerned about our guest’s safety,” the festival organising committee member Somratan Arya told Hindustan Times.

Though police has confirmed the act of vandalism, the organisers have not yet lodged an FIR.

Meanwhile, the president of the Uttar Pradesh Navnirman Sena claimed to have booked Shah a one-way ticket to travel to Karachi on August 14, Pakistan’s independence day. 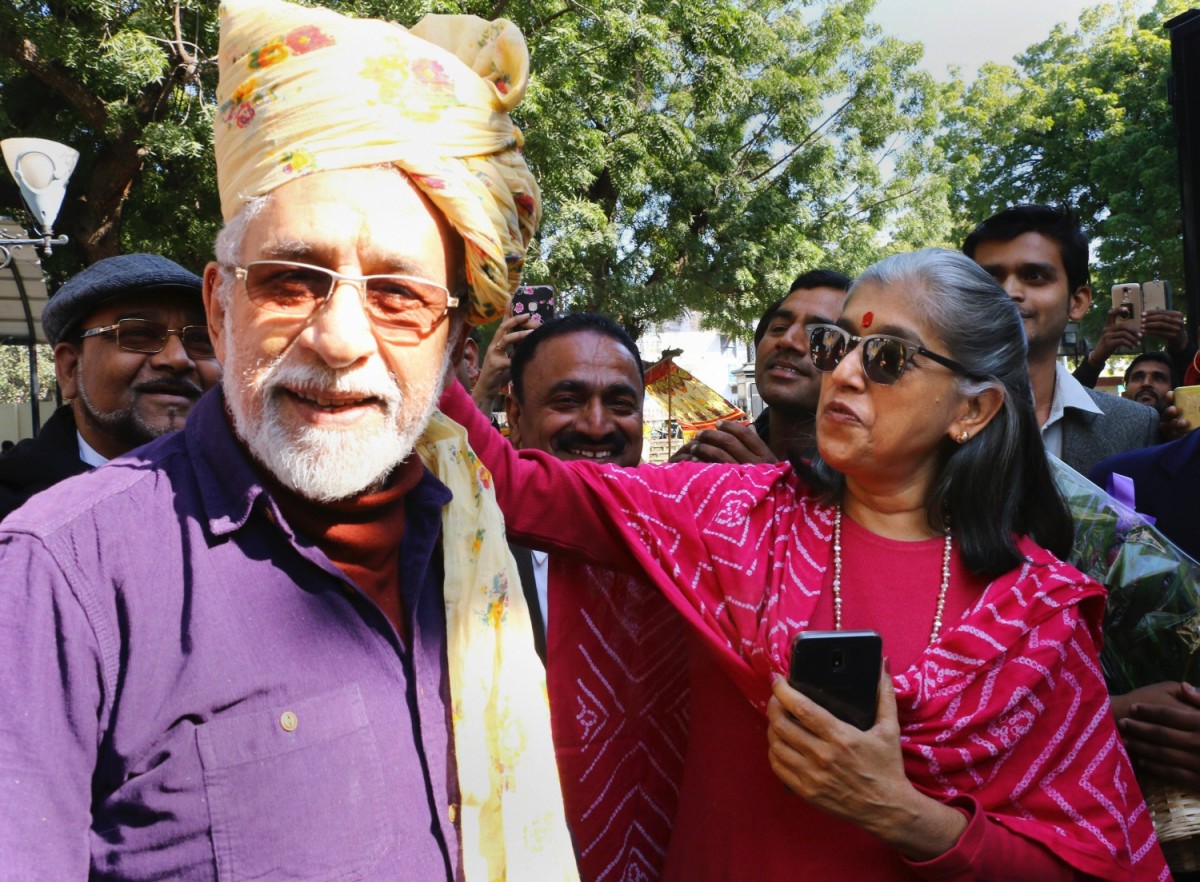 “If Naseeruddin Shah is scared in India, he should not delay leaving for Pakistan,” he told the Times of India. “If Shah doesn’t want to go to Pakistan, he should read Hanuman Chalisa, because after all BJP MLC Bukkal Nawab has said that Hanuman is Muslim,” he added.