It is one thing for the BJP to weather media criticism over the anti-Muslim rhetoric and actions of its leaders and another to face a determined nationwide counter-mobilisation cutting across religious lines. This movement had to be deprived of its demand. 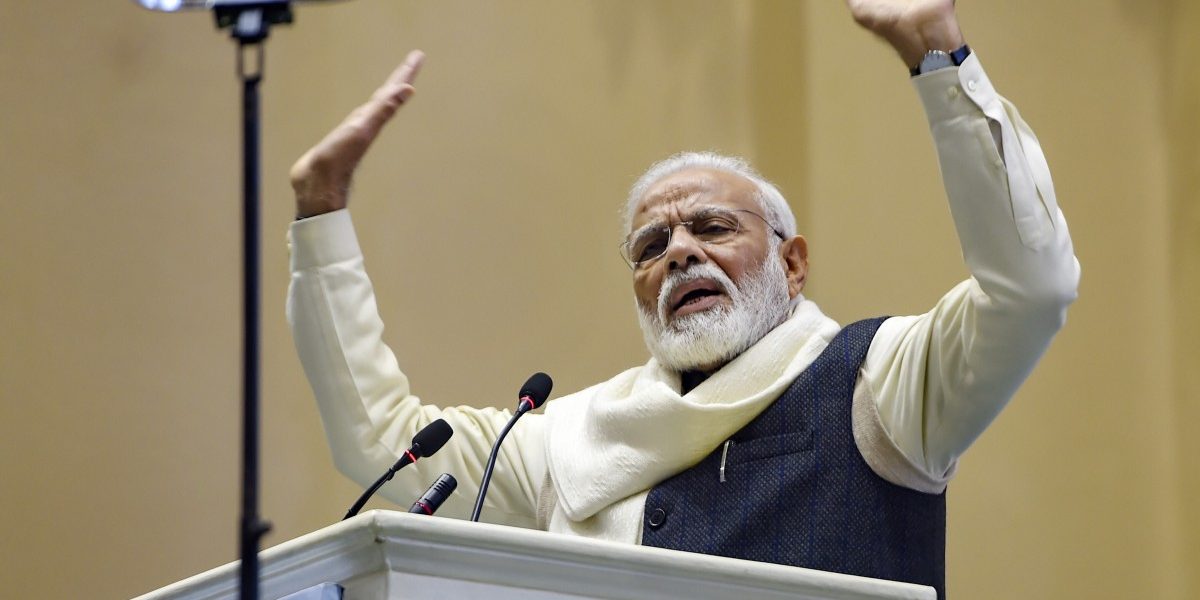 It is now clear that Prime Minister Narendra Modi has tried to backtrack from his government’s attempts to push the National Register of Citizens (NRC). Speaking at a rally in Delhi on December 22, Modi denied that an NRC was in the works and accused ‘urban Naxals’ of spreading falsehoods.

As many have pointed out, the prime minister has had to spin a range of fictions to defuse the situation. Modi himself had spoken about an NRC in the past, Union home minister Amit Shah has repeatedly said that the Citizenship (Amendment) Act (CAA) will be followed by a nationwide NRC. The BJP promised an NRC in its election manifesto. The Press Information Bureau put out a fact sheet on how the NRC would work. Detention camps have been built in India, even though Modi denied that they were.

There are two questions that need to be addressed at this juncture. Why did Modi seek to ‘retreat’ and what purpose has been achieved for the BJP by the turmoil in recent weeks?

The international reaction to the CAA may have had some impact on Modi’s decision. The fact of the exclusion of Muslims from the law and the crackdown on students and protestors attracted the attention of just about every major media news outlet, including the New York Times, Washington Post, The Guardian and the BBC, in addition to several TV and online platforms.

Dexter Filkins’ piece in the New Yorker alerted the world to developments in India, Hasan Minhaj drew attention to the CAA in his show on Netflix, and influential commentators have sharply criticised the move. Ed Luce of the Financial Times called the CAA “Modi’s dark new citizenship law” while US commentator David Rothkopf, former editor of Foreign Policy and managing director of Kissinger Associates, called Modi “one of the most dangerous men in the world, a threat to his own people and to democracy”, in a widely-viewed tweet.

Malaysian Prime Minister Mahathir Mohamad questioned the need for such a law and, meanwhile, external affairs minister S. Jaishankar was criticised in Washington for refusing to meet US Representative Pramila Jayapal – yet again drawing attention to the continuing lockdown in Kashmir.

Also read: Under All-India NRC, Passport May Not Be Enough to Prove Citizenship

More than this, the sheer spread of protests in India will have prompted a rethink in the BJP-RSS. It is one thing for the ruling party to weather media criticism over the anti-Muslim rhetoric and actions of BJP leaders and quite another to face a determined nationwide counter-mobilisation cutting across religious lines. Protests over the past 10 days have seen citizens of all faiths come together in cities and towns, shouting slogans, producing creative and funny posters; young people have given impassioned, insightful interviews that have gone viral (see here and here) while Hindus and Sikhs formed cordons around Muslims during prayer time in Delhi.

New communities formed by fury tend to have a festive air of newfound belonging – which unnerves governments. Kanhaiya Kumar harnesses that masterfully with his stirring calls of “Azaadi”, people chanted slogans in trains in Mumbai heading to protests while others composed powerful defiant verse. Governments do not like connections emerging in public spaces that have enormous politicising potential; parties like the BJP that have a narrow caste base cannot countenance society-wide organising, and therefore their priority is to seek to break the momentum of protests and assembly, which is exactly what Modi’s speech was designed to do.

The litany of falsehoods in his speech may elicit the ridicule of critics but they have been framed by a keen insight about human nature on Modi’s part – that protestors will struggle to maintain their intensity once the immediate anxiety about NRC is defused.

Also read: Why I Will Not Register With the NRCpl;[[[[

Modi’s base will not, however, be disappointed with this retreat. There will be a measure of thuggish glee that police brutality and mob violence showed the minority ‘their place’ yet again. State violence in UP is effectively communicating to Muslims that they will pay the price for even demanding the most basic democratic rights to assemble and ask for their rights. It’s been pointed out that more people have died in one week of protests in India than in Hong Kong’s over the past six months. The BJP leadership that has sanctioned violence against civilians in UP is underlining that Muslims have to live under the terms and sufferance of the majority – a view that the party’s base likely endorses, socialised as it has been to relentless anti-Muslim messaging over the years.

The NRC is not going away despite Modi’s words, because of its polarising potential. It was notified by the BJP government in 2003 and the new funds being made available for “updation” of the National Population Register (NPR) make it clear the NRC is very much in the works. All the more so when the NPR’s contents are being altered to possibly align with future requirements of citizenship. In other words, the state will proceed with NPR in ways that are consistent with a future NRC, and will then explicitly pursue the NRC whenever it is politically possible. Who is to say that the NRC will not be revived under the guise of internal security at some point? Muslim communities will, in the meanwhile, live under its shadow, which is bound to constrain their political activity and expression.

With his speech, Modi has tried to defuse popular sentiment and suck out the energy from the ongoing protests. But the cabinet decision on the NPR is the clearest indicator yet that the CAA+NRC saga is by no means over.