Najeeb Jung: 'LG Baijal, Modi, Shah and Kejriwal Have Let Us All Down With Their Silence'

The former Delhi Lieutenant Governor tells The Wire that the police and judiciary have also let down Muslims. 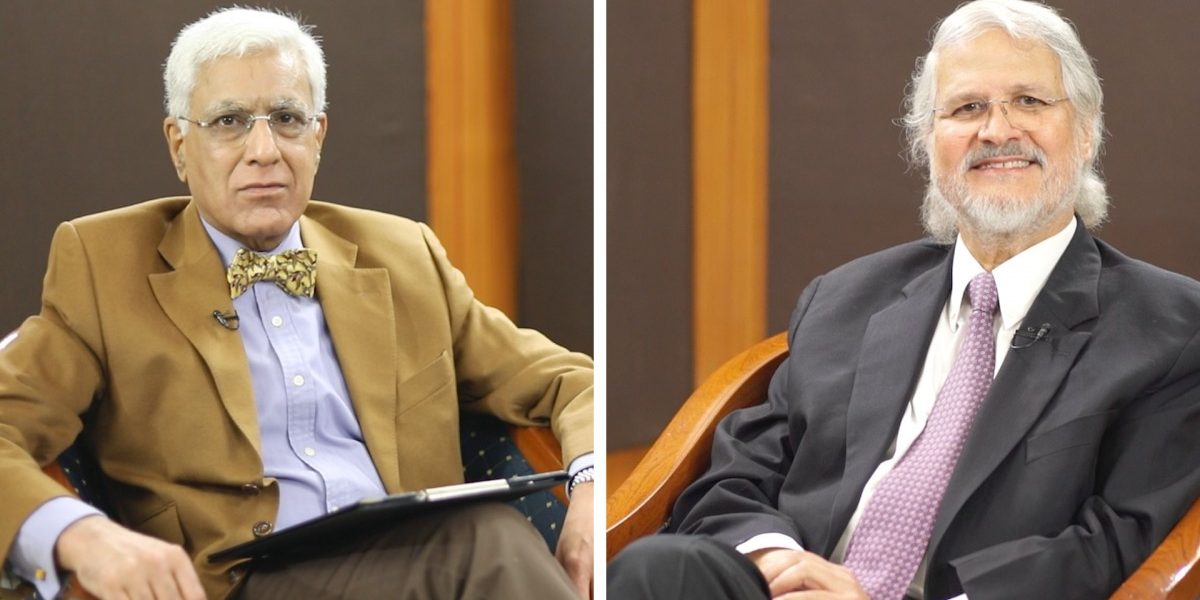 Delhi’s Lieutenant Governor Anil Baijal was today criticised by his predecessor, Najeeb Jung, for failing to show command and leadership during the recent Delhi riots.

Jung said to Karan Thapar, “Anil Baijal should have been more proactive and behaved like a Commander”.

Jung said that had he been Lieutenant Governor he would have ensured that then-Police Commissioner Amulya Patnaik and all the Deputy Commissioners under him fulfilled their duty and responsibility by acting forcefully to stop the riots. Citing the example of the troubles in Delhi’s Trilokpuri area in 2015, when he was the Lieutenant Governor, Jung said that at the time he had been in constant touch with then police commissioner Bhim Sain Bassi and all the top deputy commissioners to ensure that the trouble was quickly contained.

He would have shown the same proactive control had he been Lieutenant Governor last week. Speaking specifically about the Deputy Commissioner of Police North East Delhi, Ved Prakash Surya, who stood watching as Kapil Mishra delivered an inflammatory speech and did not take any action, Jung said that had he been Governor he would have removed him from office immediately.

However, Jung said that he would not have called-in the army if he was Lieutenant Governor.

He said the Delhi police force is 80,000 strong with an annual budget of 8,000 crore and that was sufficient to handle the situation provided proper leadership was exercised. Neither the Police nor the Governor provided that leadership.

In a 45-minute interview to Karan Thapar for The Wire, Jung said that on the first day the trouble in Delhi was a riot but on the second day (February 25) it became a pogrom, which he described as the targeting of a particular community without any credible effort to stop it.

He believed that although Hindus were killed and their properties damaged, the overall outcome was that 70% of the lives lost and properties damaged were Muslim. He said this meant that the targeted pattern of killings seen in 1984 and 2002 had recurred.

In a forceful and passionate set of answers, Jung said that Muslims had lost trust and faith in the police and this meant they did not believe they would get justice. Worse, he said this meant that they were losing confidence in India.

Jung said that apart from a single tweet, the Prime Minister has not said a word about the Delhi riots whilst Amit Shah has been completely silent. He said “goli maaro saalo ko” slogans continue to be shouted, both at Amit Shah’s Kolkata rallies and Delhi’s Rajiv Chowk, and this slogan seems to have become accepted language. Although the police in Kolkata have filed FIRs, in Delhi the alleged slogan shouters were detained but then released by the police.

Jung found it particularly surprising that the police had deemed them innocent and not taken action.

Jung said that the most urgent requirement was for the Prime Minister, as the leader of the country, to go on television and address the country and then reach out to muslims. However, under questioning, he admitted that he was not at all confident the Prime Minister would do this.

Jung added that if real efforts to reach out to Muslims were not taken soon there could be more riots in other parts of India. Delhi, however, he said was unlikely to see more because it has suffered a lot. But he did not rule out the possibility of more riots in the small towns of Bihar and Uttar Pradesh. Jung also feared that these protests could take on an Islamic colour and that would be particularly dangerous. It would mean that the protests over CAA and NRC would then become a clear communal Hindu versus Muslim divide.

Jung said that the muslim community felt particularly let down by Arvind Kejriwal and the Aam Aadmi Party. Speaking specifically of Kejriwal, Jung said that he should go into the Muslim mohallas and embrace 80-year-old women and hold the hands of the young men who have suffered.

Asked what he meant when he said that Muslims feel unwanted in the land of their birth, Najeeb Jung said that it was hard to understand what a young Muslim man wearing a skullcap must feel when he sits on a train or a bus and fears that he could be attacked or even killed. He said a lot of Muslims a lot of the time are scared of being beaten or even killed. A lot of the time they live with this fear. He said privileged Muslims like him were not the ones he was speaking of. It was the poor small town-living majority that he had in mind.

Najeeb Jung told The Wire that Muslims have come to expect that cities and streets with names that have a historical or cultural Muslim resonance will be changed. He added that this is an attempt to diminish or denigrate their role in India’s history and culture.

Finally, Jung told The Wire that the anti-CAA and anti-NRC protests were “a turning point”. It was a sign that Muslims are fighting back. However, he feared that Narendra Modi and Amit Shah’s claims that Shaheen Bagh and other similar protests are a conspiracy to break-up India might influence the way hindus see these protests but he hoped that would not happen.

Finally, Jung said that he believed Shaheen Bagh had fulfilled its purpose and now the time has come to discontinue this protest. However, he believed that protests against the CAA and NRC will continue.

The above is a paraphrased precis of Najeeb Jung’s interview. Please see the full interview for accurate details. Here is the link: