My Name is Khan and I am Not a Coronavirus Carrier

If, at such a time, the medical establishment looks away from incidents of religious discrimination in hospitals, they will bear blame for a new epidemic - institutionalising apartheid. 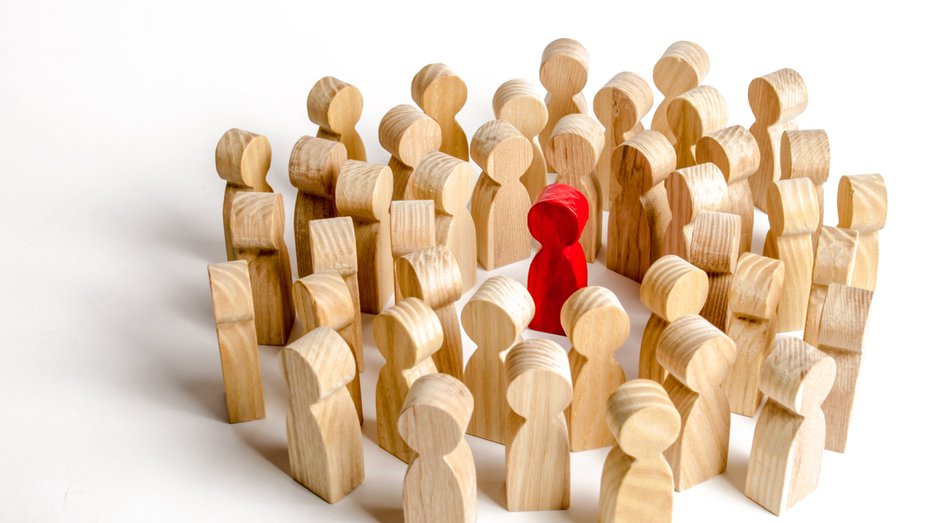 The curse of prejudice. Image: Shutterstock

My Name is Khan and I am not a Coronavirus Carrier could be the title of the next don’t-flog-Muslims-just-because-of-their-name film.

Irfan Khan, an agricultural labourer from Sikri, is the father whose story surfaced in early April when the government run Zanana District Hospital in Bharatpur referred his pregnant wife Parveen to another hospital. Their baby girl, born in transit in the back of a private ambulance, died the same day, on April 4. The doctor, he said “repeated our name and address and said ‘Tablighi Jamaat [COVID-19 cases] have come up from that area’”, before sending them off to a hospital in Jaipur. Despite confirming the doctor’s comment about the Tablighi Jamaat, the hospital inquiry insists there was no discrimination on grounds of religion.

Since then more such cases have surfaced. Could COVID-19 have finally brought to India, what the RSS-BJP combine has tried so ably to achieve? Institutional apartheid. When medical care in a pandemic separates Hindu patients from Muslims – that is apartheid. The Ahmedabad Civil Hospital separated them, in a COVID-19 isolation ward, the Indian Express reported, quoting medical superintendent Gunvant Rathod.  They were not just isolating human beings from a deadly virus, they were isolating human beings from each other.

The subsequent denial by the Gujarat government is fairly meaningless. As meaningless as Narendra Modi writing on LinkedIn that the coronavirus has no religion. When he wants Indians to clap and light diyas, he takes to national television in impassioned Hindi. When he says “our response [to COVID-19] and conduct thereafter should attach primacy to unity and brotherhood,” he writes in English on a platform most Indians will never see. It is in the quiet of what is not said, and when, and for whom, that the loudest official endorsements take place in India now.

Also Read: COVID-19 in India: It’s Time to Leave the Tablighi Jamaat Incident Behind Us

Once upon a time all Muslims were Al Qaeda-ISIS-Jihadis. Now they are all Tablighis. But the difference is important. Al Qaeda-ISIS are terrorists. The Tablighis are just another group of religious men. No more distasteful in their beliefs, no more stupid in their actions, than many religious groups of all faiths. But the pendulum has shifted further to the right. Forcing a cornered response from scores of ordinary Muslims – Hey, I am not a Tablighi. I’ve never been to the Markaz. As if that were the sin of all sins.

Super-spreader, Hotspot, Single-source – flamboyant terms flung around by the media, proclaiming certitude in uncertain times, could be forgiven, except that they have served to legitimise finger-pointing bigotry. Of all the terms, the most true to purpose is the last – ‘single source.’ That is what we’ve been careening towards – Muslims as the ‘single source’ of all infection in the motherland. Except they are not just carriers of the disease, they are the disease. Single them out, isolate them now in wards, later in detention centres.

Practicing prejudice in a hospital, at any time, is discrimination. At the time of a life and death disease raging in our midst, it should be a crime. Some of the hospitals, which are reported to have violated the sacred Hippocratic oath, WHO guidelines, and Article 15 of the constitution include:

• Bharatpur Zanana Hospital, which refused admission to a pregnant woman about to deliver.

• Ahmedabad Civil Hospital which separated suspected COVID-19 cases into isolation wards on the basis of religion.

• Valentis Cancer Hospital in Meerut which issued an advertisement full of bigoted opinions and a policy – No entry for Muslims without a COVID-free certificate.

• MGM Hospital in Jamshedpur, where a pregnant women accused of spreading corona, was turned away, and subsequently lost her baby.

• A children’s hospital in Karimnagar district of Telangana where doctors allegedly refused treatment to Muslims.

But can we really blame hospitals, when the government has lead the way? On April 8, two days after the WHO asked governments to stop profiling, the Ministry of Health and Family Welfare (MoHFW) issued an advisory to not name names or identities to corona cases or profile areas or communities. It was lip service. Lav Agarwal, MoHFW joint secretary has continued to highlight the ‘Tablighi’ factor in his daily media briefings.

The Delhi Government had done the same. Till April 11, 2020, its online daily corona update flashed a special category “Markaz Masjid”. This was until the Delhi Minorities Commission wrote a strong letter on April 9, 2020 –

“Your bulletins of Coronavirus victims are showing a separate column ““Markaz Masjid”. Such thoughtless classification is feeding into the Islamophobia agenda … has been easily turned into a handle to attack Muslims across the country. As a result, Muslims are being attacked in various areas, calls are being made for their social boycott, one boy has been lynched in the North-West Delhi village of Harewali, others attacked…. It is our earnest request to you to stop mention of any data which has religious undertones and which can be exploited for political or communal purposes by vested interests… If this does not stop forthwith, we will be constrained to issue an order which could be stayed/overturned only by Hon’ble High Court.”

Two days later the category stopped flashing on our screens, but the damage had been done. These hospitals are merely following signals.

At a time of heroic work by our doctors, nurses and medical staff across India, such hospitals bring shame to their fraternity. In each case, barring one, there is either denial or ‘inquiry pending’. That plausible deniability is still needed by most hospitals, gives some hope. A much bigger source of hope is the action by the district chief medical officer (CMO) and police against the Valentis Cancer Hospital in Meerut, which advertised its prejudice in print (thus losing plausible deniability). The CMO has asked for an apology and threatened the hospital with cancellation of its license. An FIR has also been registered.

We need every statutory body that regulates the practice of medicine in India to speak up. We need leaders in the medical fraternity to show not just medical, but moral leadership. This is that kind of time. A time of life and death. A time for healing. A time when human beings are at their most vulnerable. When being a doctor never meant more. If, at such a time, the medical establishment looks away from these incidents, they will bear blame for a new epidemic – institutionalising apartheid. Other public services could follow suit – let’s encourage all Muslims to carry a COVID-free card for unfettered access to shops and public transport? And India will emerge from this crisis of health, hunger and destitution worse off than most nations. The coronavirus will wane. We could remain in deep moral lockdown.