'A lesson for all Muslims. Fall silent. Be afraid.' 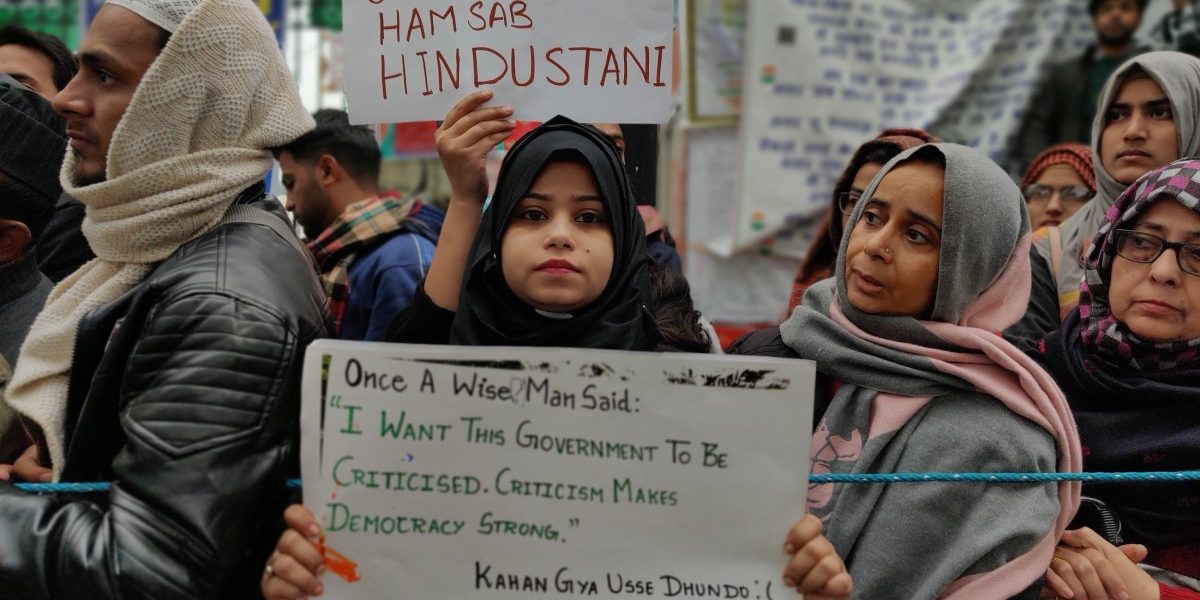 New Delhi: Reacting to the arrests of several activists involved in protests against the Citizenship (Amendment( Act, nearly two dozen academicians, filmmakers, activists, writers and lawyers have issued a statement condemning the “unending witch hunt of Muslim scholars and activists”.

“Instead of engaging with the protestors, the state has chosen, if predictably, to unleash its naked power on them: detaining, and arresting them under harsh penal provisions,” read the statement, which also noted that “the anti-CAA protests mark a poignant moment of constitutional recovery, and reclamation of the republic from a turgid and toxic hyper-nationalism.”

It can be noted that in the last few weeks, at least two anti-CAA activists and members of the Jamia Coordination Committee (JCC) have been arrested by Delhi police for their alleged role in organising anti-CAA protests, which according to the police, led to violence in north-east Delhi in February.

Those arrested recently are Safoora Zargar and Meeran Haider, both research scholars at Jamia Millia Islamia.

Moreover, as per a recent report in the New Indian Express. the special cell of Delhi Police, which is investigating the cases related to the violence, has issued notices to more than 50 members of the Jamia Coordination Committee (JCC) for their alleged involvement in instigating protests against the CAA and National Register of Citizens (NRC) across the national capital.

Prior to the arrests of Zargar and Meeran, several other anti-CAA activists such as Khalid Saifi and Ishrat Jahan were arrested from north-east Delhi. Similarly, other activists like Sharjeel Imam, Dr. Kafeel Khan and Sabu Ansari have been arrested for the their role in anti-CAA protests.

Also read: Charged by the Police in Five States, But Who, Indeed, Is Sharjeel Imam?

According to the statement, “the present regime has unleashed a war on young Muslims.” Pointing towards the FIR (no. 59/2020), which is being used to arrest the activists, the statement notes:

“This FIR has enabled the stitching together of a political narrative where a direct link is sought to be made between anti-CAA protests and the widespread violence that rocked Northeast Delhi in the end of February.”

“It allows simultaneously the criminalisation of the peaceful and democratic protests, while granting full immunity to the perpetrators of anti-minority violence. It blanks out even a whisper about the purveyors of hate speech who led angry mobs and gave ultimatums to the police to clear out protests.”

The signatories believe that, “It is not a question of what Saifi, Kafeel, Ishrat, Meeran, Sharjeel, Safoora and others have spoken, their speech acts are inconsequential – for if it were a question of instigating violence through their speeches, it would be members of parliament, ministers and aspiring leaders of the ruling party who would be behind bars. Only the identities of the accused are of significance here.”

Emphasising on the old maxim that “justice should not only be done, but seen to be done” the signatories further note:

“For now injustice must not only be done, its very purpose is the demonstration of its cruelty and utter unfairness. A lesson for all Muslims. Fall silent. Be afraid. Learn to accept to live on the terms dictated by a majoritarian state.”

Meanwhile, the Delhi Police in its supplementary chargesheet has slapped sedition charges against Sharjeel Imam and has alleged that his speech “promoted enmity” between people that led to riots in and around Delhi’s Jamia on December 15.

According to a report by India Today, the chargesheet against Sharjeel Imam has been filed in the Saket district court in Delhi. As per the Delhi Police version, violence broke out on December 15 last year in consequence of the protest march organised by students of Jamia against the CAA.

“During investigation, on the basis of evidences (sic) collected, sections 124 A IPC and 153 A IPC (sedition and promoting enmity between classes) were invoked in the case. The first chargesheet in this case was filed against the rioters arrested by the SIT led by Rajesh Deo. A supplementary chargesheet in continuation of the earlier chargesheet has now been filed in the Saket court. Further investigation in the case will be continued,” the police said as per the report.