Urging Hindus to not allow Muslim men in their houses, Banwari Lal Singhal further said Meo Muslims are the ‘Naxalites’ of Alwar. 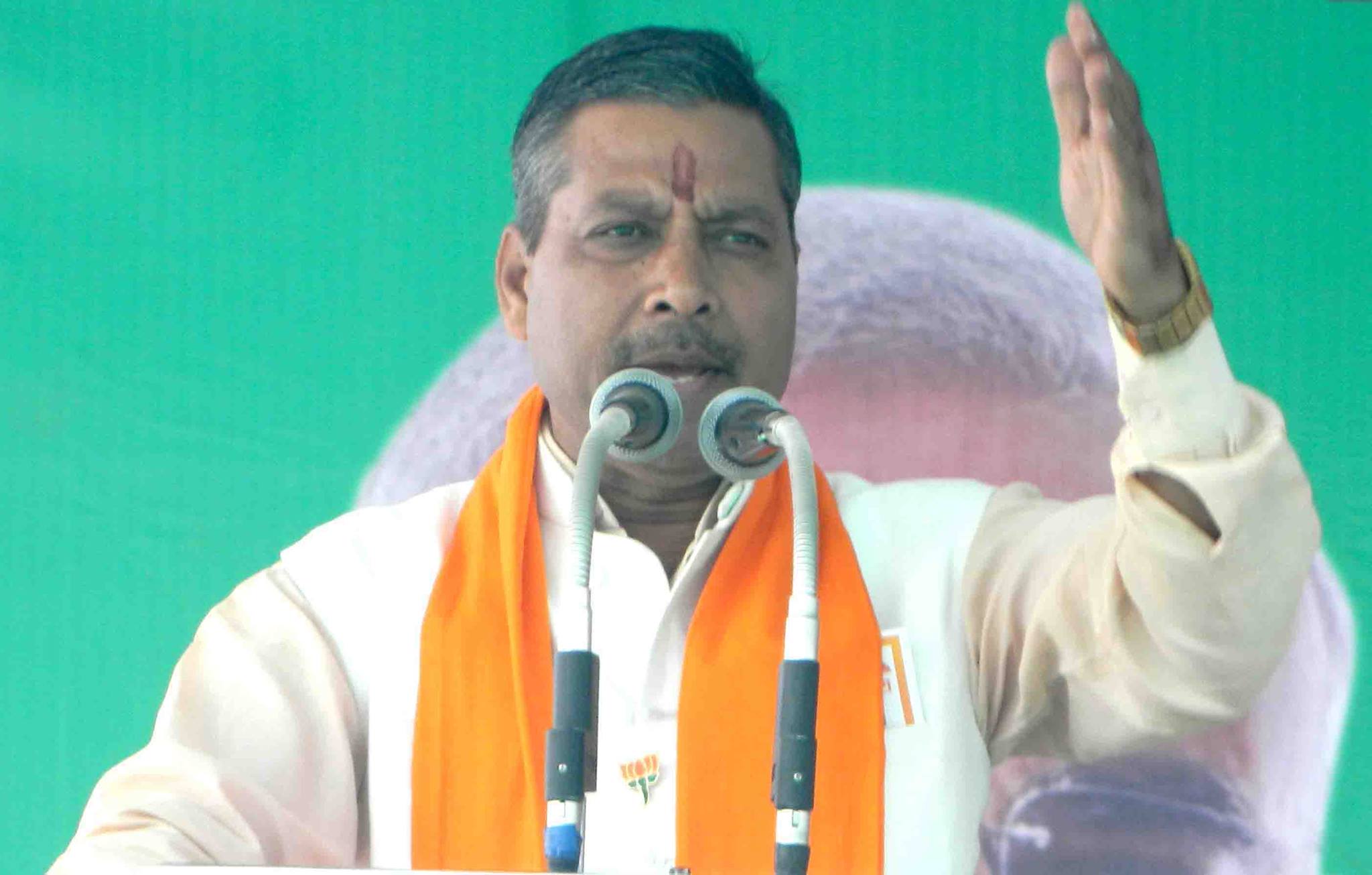 Jaipur: Banwari Lal Singhal, a BJP MLA from Alwar (Urban), in his latest controversial statement during a community meeting in the city, charged Muslims of being criminals and urged Hindu families to not allow them inside their houses.

Calling the statement his ‘personal opinion’, he said, “The Meo community being involved in almost every criminal activity that happens in Alwar shall not be allowed in Hindu households and are not required to vote for Bharatiya Janata Party even if they wish to do so.”

He added, “Meo Muslims don’t vote for BJP. Even I don’t go after them to vote for me because if they’ll vote for us, then they will seek protection against the crimes they habitually commit in the district. So I maintain a safe distance from them. I don’t even expect their votes. If they want to vote for me, it’s my humble request to not do so.”

He even said the wealth accumulated by Meo Muslims is the result of money extorted by them from the Hindu families.

“They are so engrossed in all kinds of crimes – illegally selling goods in Hindus’ vehicles so that police don’t run after them, propagating ‘love jihad‘ and creating fake Hindu IDs on Facebook for trapping Hindu sisters and daughters and ruining their lives – that they have made it their business now. They roam around in luxurious cars and have air conditioners at home even without a trade or an occupation. It is possible only because they rob the Hindus to maintain this lifestyle. I’ll disclose everything once this becomes an issue.”

Warning Hindu parents to restrict the entry of Muslim men in their households and save their daughters from the trap of ‘love jihad’, Singhal, who has been previously associated with the Vishwa Hindu Parishad and the Rashtriya Swayamsevak Sangh, said, “Love jihad is so evident. While illiterate Muslim women also know that they don’t have to love or marry any Hindu men, even the most talented Hindu girls get so ‘secular’ after studying that they don’t mind marrying Meo men. They go with them so proudly but when the Muslim men out of their habit and inherent nature kick them out of their houses in a year, these women realise that they belong to Hindu community and come to politicians like me for help.”

“Therefore, I urge all Hindu parents to not let their daughters have friendship with Muslim men and not allow Muslims inside their houses because they are receiving special packages for spreading ‘love jihad’. They will enter as brothers and leave as husbands/lovers.”

Speaking to The Wire, Singhal said, “I was neither talking about the Muslim community as a whole nor about the entire nation, I spoke only about my constituency where Meos reside, not Muslims. They are like Naxalites in my area, responsible for every crime that happens here. Meos and Muslims are completely different. Muslims don’t even marry their daughters with the Meos.”

“Even ‘love jihad’ cases are rising exponentially each year. In fact, if one comes to Alwar via Sohna, it feels like passing through Pakistan. It’s only because of an MLA like me that the Meos are afraid to commit crimes now.”

On asking about his previous statements that were particularly targeted against the Muslim community, he replied, “Whatever I say is based on data, one can get them verified from Katariaji (Rajasthan’s home minister Gulab Chand Kataria). Those who criticise me are actually not aware of the ground realities of Alwar. Just like how only the Naxal-affected people know about the problems of their areas, I know about what’s happening in Alwar.”

However, Meo Muslims feel that Singhal has been given a free hand by chief minister Vasundhara Raje to start polarising Hindus before the upcoming assembly elections.

“It’s not for the first time that this MLA has given out a hatred-filled statement against our community. We want to ask the chief minister why she has never issued any clarification on what Singhal keeps on saying about our community, shall we believe that she supports him?” Sher Mohammad, Alwar’s Meo Panchayat chief told The Wire.

“The Meos are not BJP’s vote bank in Alwar, so all this MLA is trying to do is to polarise the Hindus to seek votes for himself.”