Arbitrarily locked out of their lanes, rudely referred to as ‘coronavirus’, threatened and humiliated daily, about 50 Muslim families in Shiv Vihar are desperate to move elsewhere. 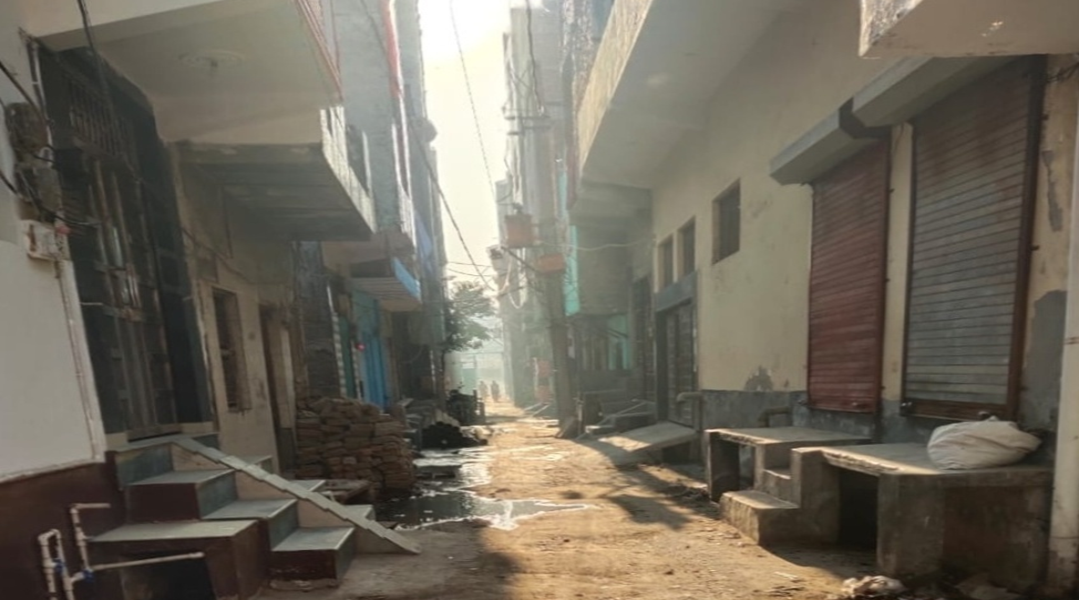 New Delhi: More than seven months after the communal riots that shocked northeast Delhi with instances of looting, vandalism and targeted killings of Muslims and their properties, survivors still report harassment and humiliation within their immediate neighbourhoods.

A month ago, 14-year-old Fiza’s family sold their house in Shiv Vihar so they could move to a safer location. Despite the COVID-19 pandemic, they not only moved out but also accepted the abysmal amount they received when they put their property on the market.

In ordinary times, the house, which they had bought in 2010, would have sold for Rs 20 lakh. However, with the property market down due to the pandemic, they could sell it for just Rs 12 lakh. The loss of Rs 8 lakh was worth it, they said, since they continued to feel unsafe in their Shiv Vihar neighbourhood long after the overt violence ended.

“Hindus in our lane had been making daily life difficult for us since the riots,” said Fiza’s mother, Nasreen (name changed)*. “They created a problem even if we walked past them. When they saw us walking down the lane, they used to call us ‘coronavirus’ and cover their mouths.”

She added: “They used to taunt us, saying that we were the rioters and we lack faith because we eat biryani.”

Fiza had grown up in that lane and was doubly upset when her family moved away, first, because she missed her home and second, because none of her close friends came to visit her when she was leaving. “They were behaving as if they don’t know us. We played Holi together, celebrated Eid together and used to go for our tuition sessions together. How can they forget all that?” she asked. “When they saw us emptying the house our father loved, they slammed their doors loudly.”

According to Nasreen, the neighbourhood had been a happy place until the riots. “This year, our voices couldn’t escape our throats to wish them a happy Holi, we were so scared of being attacked. Till now, our cheeks waited every year for their Holi colours and their plates waited for our Eid sewaiyaan (sweet vermicelli).”

Like Fiza’s family, Irfan (36) has sold a portion of his property at a loss of Rs 4 lakh. This portion had been a general store run by his family till the violence earlier this year, when it was looted and vandalised. Now his family has begun the process of seeking a home elsewhere so they can move out of Shiv Vihar permanently.

Irfan’s shop and home were looted and destroyed during the Delhi Riots. Photo: Tarushi Aswani

“Our children have been terrified since they witnessed the riots; they aren’t able to come out of the house because of their fear,” Irfan told The Wire.

Scarred by being targets of violence and plagued by financial losses due to the riots, Irfan’s family accepted the sale of their property at a lower rate due to their urgent need for money.

Whose home is it anyway?

According to estate agent Mohammed Rizwan, who has been working in Shiv Vihar for 17 years now, about 50 families have expressed their desire to sell their homes since the riots. Though these sellers are not very well off, they do not argue over offers less than the market value for their properties, he said. He understands this as a direct consequence of the riots.

“People here have never been communal in nature; the Hindu-Muslim divide has come to influence them since the riots,” Rizwan told The Wire. “Muslim sellers who come to me wish to sell their property and shift to Mustafabad, to live among their own community.”

Farhana Khan, however, has been trying to stop Muslims from moving out of Shiv Vihar. She herself is a victim as well as a witness of the humiliation Muslims now face in the locality. Farhana and few others have claimed that Hindus in the neighbourhood deliberately chanted “Jai Shri Ram” right after the Maghrib azaan (evening call to prayer) every Tuesday for over a month. This has now stopped after a few Muslims brought this to the notice of the local police.

In addition to this, several lanes in Shiv Vihar have now been gated. The installation of these gates was initiated by the Hindu majority of the area. Muslims, who generally live in just two or three homes in each lane, have reported being locked outside the lanes randomly at any time of the day by the Hindu keepers of the gate keys.

“These people lock the gates out of the blue and make us wait and then we have to plead to enter our own lanes,” said Farhana.

Despite this harassment, Farhana continues to ask Muslims to remain in Shiv Vihar. “Why should we leave? What have we done? If we continue like this, Muslims will disappear from Shiv Vihar,” she said.

*Nasreen: Name has been changed to protect the source’s identity.