‘I Believed in the BJP and I Was Jailed’: How a Muslim Party Member Was 'Framed' for Murder

For years, Rais Ahmed worked on building strong inter-faith relations in his neighbourhood. Now he does not know who to trust. 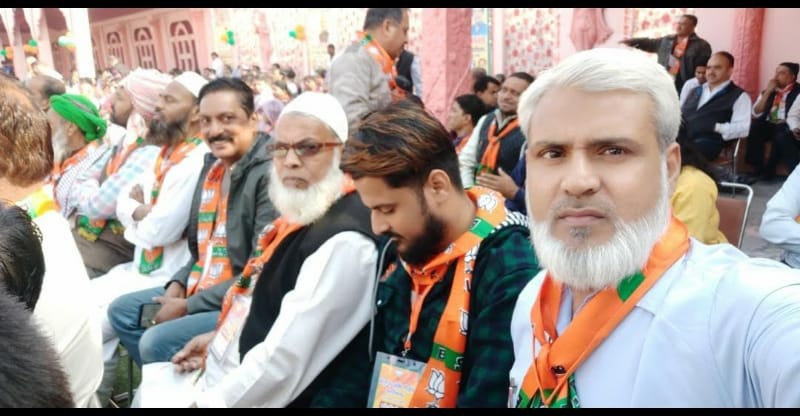 New Delhi: “Here, I’m standing with Kapil Mishra and see here, I’m helping the Jaffrabad police and here I am at a BJP [Bharatiya Janata Party] convention,” said Rais Ahmed, a 50-year-old small-scale supplier of denim garments who was released from Mandoli Jail on June 9, showing The Wire photographs of himself participating in community-building activities as well as in BJP meetings.

Ahmed has always been community-driven. He assists people as they fill forms for their Aadhaar numbers, for school admissions, for driving licenses. He is that one person in the neighbourhood who ensures that municipality workers regularly check on the sanitation and hygiene of the area. For years his socio-political personality has been well-known and highly respected by the local police as well as the local political leaders and workers who called on him for assistance and dispute resolution in small matters. In 2014, he even joined the Bharatiya Janata Party (BJP) that formed the Union government to help with community-bettering efforts.

Now he regrets every bit of effort he made for the BJP.

“I joined the BJP simply because our prime minister is from the BJP and even our member of parliament is from the BJP. I thought that joining them would accelerate the benefits for the communities living here,” said Ahmed as he jotted down in a tattered notebook the amount of money he owes his relatives and friends who paid for his bail bond and kept his family fed and in good health during the year he had been in jail.

But having been framed for a crime he had not committed and then jailed, Ahmed added, he has now been blessed with the wisdom to see people for what they really are. 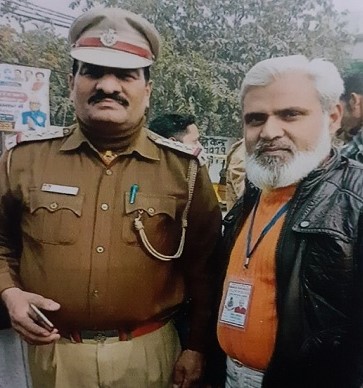 One year ago, Ahmed was the general secretary of the Chauhan Banger Mandal, which is part of the Seelampur constituency of the Vidhan Sabha. On February 24, 2020, when anti-Muslim riots broke out in Northeast Delhi, thousands of onlookers gathered on the streets. Some of them played good Samaritans and helped those in need. Rais Ahmed, popular in his neighbourhood of Chauhan Banger, Jaffrabad, was one of them, standing at the entrance of his lane, Akhade Waali Gali, to prevent violent activities from taking place. As the situation began to worsen, he dialled 100 and received a text message that said assistance would be shortly provided.

“It was horrific. The hair on my arms stood up as I watched uncountable numbers of masked men shouting ‘Har Har Mahadev’ and ‘Jai Shri Ram’ while wielding swords and rods,” recalls Ahmed.

By the time the violence ended, there were hundreds of victims and scores of people dead. But slowly, as people picked up the pieces while grieving their losses, some kind of normalcy began to return to Northeast Delhi. And with the elections around the corner, Rais Ahmed was yet again contacted by officials to ensure the smooth facilitation of the voting process in collaboration with Usmanpur Police Station under its station house officer (SHO), Lekh Singh. When the elections ended, Singh invited Rais and others to the police station to thank them for their help during the elections.

Also read: Bhagwat’s Call For Hindu-Muslim Dialogue Is Welcome, but a Shift in BJP’s Politics Is Crucial

Ahmed had long been a member of the Aman Action Committee, an association comprising well-known residents of various communities, police officers and members of political parties that works to ensure inter-faith harmony in areas of Delhi that are considered to be volatile. Earlier that year, before the riots, police parties from the Jaffrabad Police Station had taken Ahmed along with them whenever they needed to maintain peace and harmony in the area in the wake of the anti-Citizenship (Amendment) Act/National Register of Citizens protests. 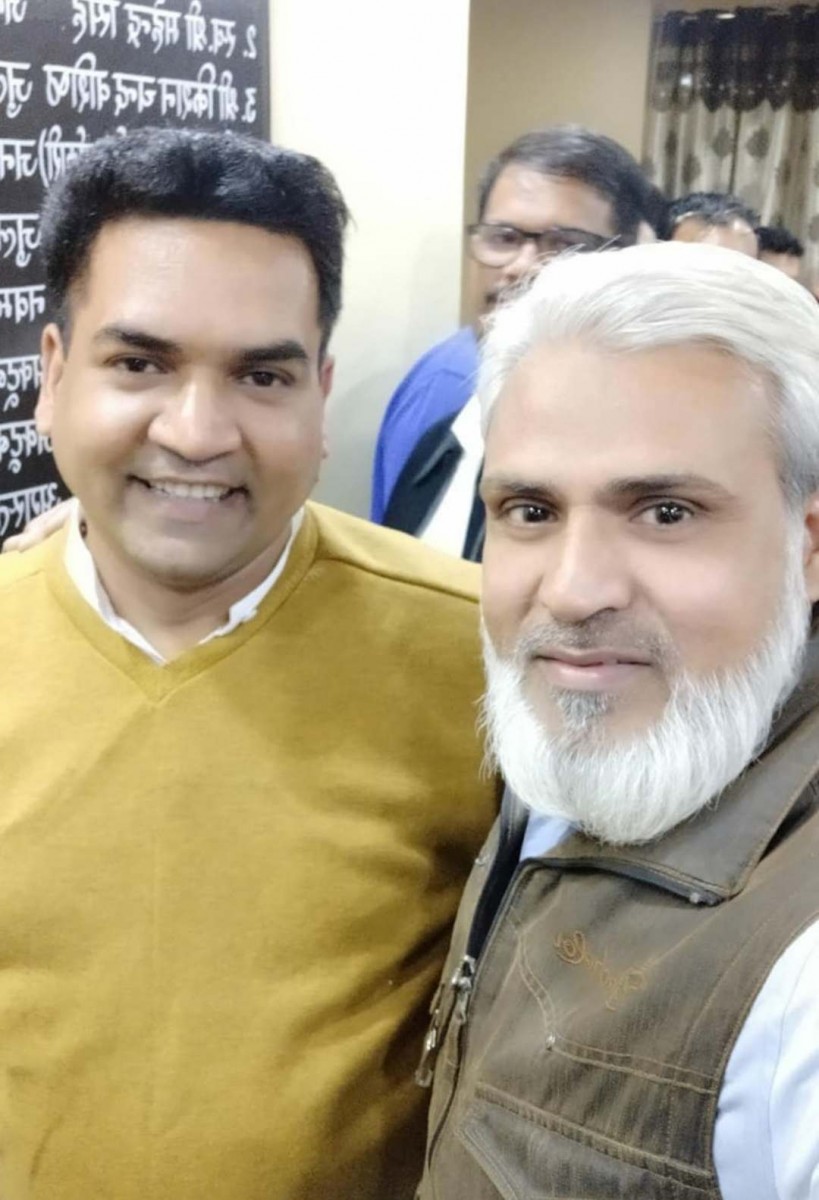 Ahmed had also met several deputy commissioners of police and BJP members such as Manoj Tiwari and Kapil Mishra while working with the Aman Action Committee. But had never he imagined that one day, he would be arrested and brought to the very same police station where he was usually treated with the utmost respect.

Long after the elections had ended, on the afternoon of April 21, 2020, two policemen knocked at Ahmed’s door. When his wife, Shahina, said that Ahmed was at work, the policemen said that the new SHO of Jaffrabad Police Station wanted to see Ahmed.

As law-abiding as Ahmed had always been, he headed to the police station as soon as he got home, together with Sartaj Ahmad, a BJP candidate in the forthcoming municipal elections.

When they arrived at the police station, Ahmed was told he could go home after he identified a few faces from some video footage. However, the police showed him footage of himself standing at the entrance of his lane on February 24, the day the riots broke out. Based on this video, Ahmed was detained in the station lockup for three days, after which the police named him in a rioting case and subsequently shifted him to Mandoli Jail.

After spending almost a month in jail, Ahmed was released on bail to prevent overcrowding in jails due to the pandemic. However, he was served a notice from the Crime Branch on July 22, 2020, which summoned him for an inquiry to be held on August 6.

When Ahmed went to the Dwarka office of the Crime Branch to attend the inquiry, he was told by the officers to watch a video. The 30-second footage he watched was from the same video that had been used to charge him with rioting. It showed Ahmed standing at the mouth of his lane, holding a stick that he had taken away from a group of young men who had intended to participate in the violence. But this time, this video was used to frame Ahmed in a murder case and he was jailed again. He only returned home a year later.

Ahmed claims that his barrack at Mandoli Jail had been full of Muslims who had been accused of violence during the riots in Northeast Delhi. “Unnees masjidein jali hain, mandir ek bhi nahi. Unnees masjidein shaheed hone ke baad bhi gunehgaar Musalmaan (Nineteen mosques were burnt down. Not even one temple was damaged. Even after this, Muslims were blamed for rioting)?” he asked, frustration evident in his tone.

The Ahmed family has a huge debt to pay for living for a year on loans from relatives and friends. The loans paid for Rais’s bail, their daughter Ilma’s treatment for a life-threatening bout of tuberculosis and even the shrunken diet that Rais’s wife and three teenagers consumed to cut down expenses.

“Nobody helped us, none of these officials and politicians I had worked with over the years. We only received Rs 25,000 from Amanatullah Khan (an Aam Aadmi Party leader). We owe so many people so much money that even to raise Rs 1 lakh for my bail bond, we had to plead with relatives,” said Ahmed. 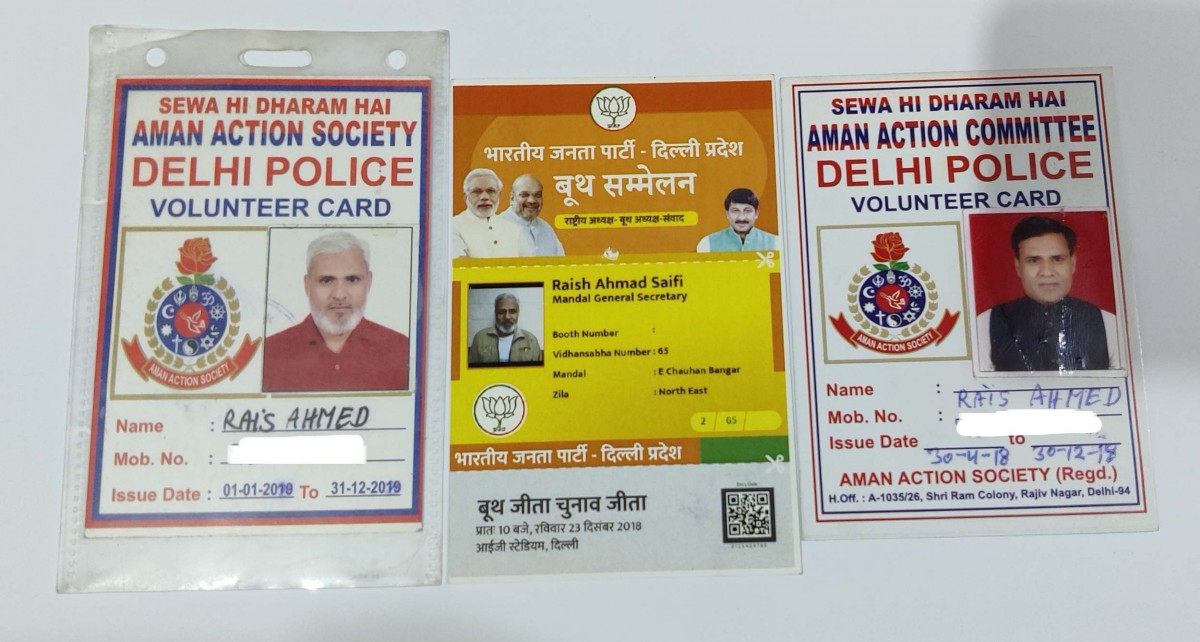 Shahina has been embittered by the treatment meted out to her husband. “Yeh gali mohalle waalo ka, police waalo ka, BJP ka kaam apne ghar ke kaam se pehle karte the. Kya yeh sila mila hai inhe acchha insaan banne ka? (He used to help our neighbours, the police, BJP workers. Is this what you get for being a good Samaritan)?” she asked.

She is also distressed by the way the country seems to have moved ahead since the events of February 2020 without holding the actual rioters accountable.

“Pehle log dosti karte the ek doosre se. BJP ne unhe mazhab ke naam per dushmani karna sikha diya hai (Earlier people befriended each other, but the BJP has taught them hatred in the name of religion),” said Shahina, who had had many Hindu friends in the area prior to the riots.

Having been a BJP worker and then having been jailed because of his religion, Ahmed says he has finally understood that Hindu supremacy has been the only logic operating in the country since 2014.

“Topi daarhi pehen kar kaheen jaane mein jo darr mehsoos hota hai. Yeh hai aaj ka azaad Hindustan (We are scared to go out in our skullcaps and beards. Is this the independent India we live in)?” asks Ahmed.

Also read: Delhi Riots: ‘They Made Me Sign a Blank Sheet of Paper,’ Says Muslim Man Jailed for 16 Months

Upon his release from jail, Ahmed was met by scores of relatives and friends, but also had to suffer their jibes. They taunted him for believing in a party that had been launching policy after policy to endanger the existence of their community in the country. They had always pointed out to him the reality of being a Muslim in the BJP, he said. But his realisation that they had spoken the truth was a bitter one.

“I have always put my country first, but my arrest has made me feel as though I have no other identity apart from being a Muslim,” Ahmed told The Wire. “Islam teaches me to love my country and I continue to love this country. But I don’t know who I should trust any more. All I know is I was humiliated, jailed and betrayed for bestowing my faith on the ruling party.”