Mumbai SBI Branch Goes Back on Decision to Prohibit Burqa, Scarves After Outrage

The bank withdrew the notice from the branch and tweeted an apology on November 3. 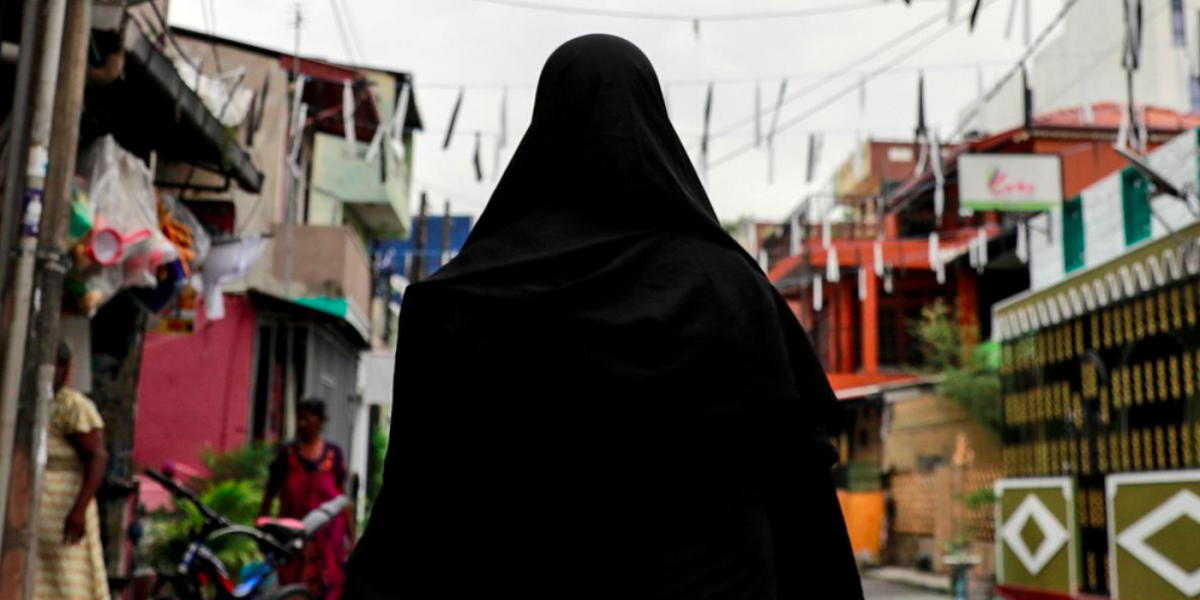 Representative image of a woman in a burqa. Photo: Reuters/File

New Delhi: A branch of the State Bank of India in Mumbai has drawn criticism after a notice was seen on its premises, prohibiting customers from wearing the burqa on its premises.

The notice was later removed after social media outrage.

The SBI branch in question is located at Nehru Nagar in Kurla East, a Muslim-dominated locality.

The burqa is worn by a section of Muslim women. 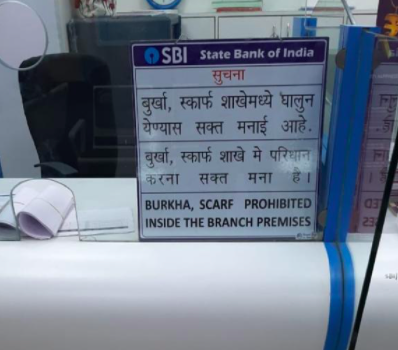 Local resident Sheikh Sajeed Akbar told the news website Scroll.in that the notice came up a few days ago. “Several of us tweeted this and raised this concern with bank officials…We still do not know why such a notice was put up,” he said.

After the issue was raised by local activists on social media, the bank withdrew the notice from the branch, and tweeted an apology on November 3.

intension for keeping the Board. Regards. (2/2)

SBI’s official Twitter account said that the notice was “placed earlier for safety during cash withdrawal and other financial transactions only,” and that “there was no other intention” behind the notice.

Some tweeted as to how burqas or scarves alone caused problems during cash transactions when all customers had to cover their faces with masks, which are a COVID-19 precautionary measure. One ‘Bait Khan’, who had tweeted a photo of the notice and asked why masks were also not prohibited, was ‘reminded’ by another tweet from the SBI’s official Twitter handle – this time in Hindi – that photography inside SBI premises was not allowed. SBI also asked for the photo of the notice to be removed immediately.

Discrimination against women in burqas is not new and comes amidst a push in the West to ban the garment. Several European countries have controversially banned some version of veils worn by Muslim women, claiming they go against women’s freedom.

In 2019, a week after blasts hit Sri Lanka killing over 250 people then President Maithripala Sirisena made it illegal for Muslim women to wear any form of face veils in public.

In India, Shreya Parikh noted in her 2019 article on The Wire, women were stopped from travelling on Lucknow Metro because they refused to remove their ‘veil’ and the SRK College in Firozabad denied entry to some students because they were wearing burqas.

During the Lok Sabha election that year Bharatiya Janata Party MP Sanjeev Balyan, had alleged that burqa-clad voters were responsible for false voting – an allegation the Election Commission eventually brushed aside.