In conversation with The Wire, political scientist Jyotirmaya Sharma talks about the dangers of M.S. Golwalkar's views, the uselessness of the ICPR and more. 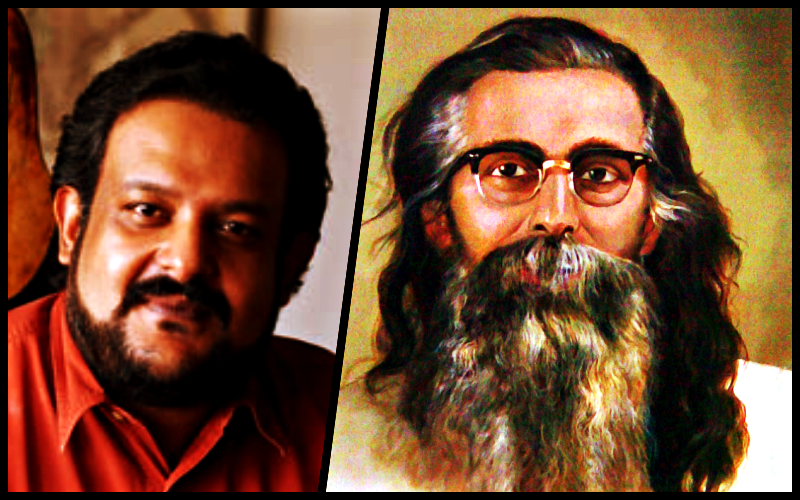 The Indian Council of Philosophical Research (ICPR) – an institution set up by the government of India in 1977 to “review the progress of research in philosophy” and “sponsor or assist projects or programmes of research in philosophy” – has issued a call for papers for a seminar on the subject ‘The Concepts of Nation and Nationalism in the thoughts of Shri M.S. Golwalkar’. The stated purpose of the seminar is to put Golwakar’s views “in proper perspective”.

According to the ICPR, the RSS is “one of the strongest religious, cultural and social organizations of the world making determined efforts to inculcate in its followers a burning devotion to India and its national ethos”. Golwalkar, as its ideologue, has been “much misunderstood and maligned by his adversaries,” it says.

Golwalkar, who was the second sarsanghclakak, or leader, of the RSS, was, according to the ICPR, “a champion of robust nationalism. His views on nation and nationalism are to be understood in proper context in a holistic way and in the light of present day Indian and global scenario.”

The Wire interviewed Jyotirmaya Sharma, professor of political science at the Central University of Hyderabad and author of several books on Hindu nationalism, including Terrifying Vision: M.S. Golwalkar, RSS and India, on the significance of Golwalkar’s thoughts on nationalism.

As the author of perhaps the only book length analysis of all of Golwalkar’s writings and not just the well-known We, Or Our Nationhood Defined (1939) and Bunch of Thoughts (1966), do you believe his views on “nation and nationalism” have any contemporary relevance for the problems that confront a country like India today?

I believe that his views no longer have too much of an influence even within the RSS and its affiliates. The RSS now subscribes to the Savarkar view on all things (other than cow worship).

What does it mean to say Golwalkar was a champion of “robust nationalism”?

This is the language of the ICPR and I don’t understand what terms like ‘robust nationalism’ mean, except to rhetorically say that they impute to M.S. Golwalkar what they think is robust nationalism.

Would you say Golwalkar has been “much maligned by his adversaries”?

Golwalkar has never been properly discussed either by his adversaries or by his worshippers. For any serious discussion of an individual or thought, freedom of thought and expression is essential, but also the aesthetics and rituals that go with serious academic/intellectual debate. The ICPR has already assumed that Golwalkar’s critics are his adversaries. A body claiming to be the apex body governing philosophical research is innocent about the difference between critics and adversaries. It uses the language of a street brawl in a note on a seminar that is supposed to promote ‘robust nationalism’. This is comical and mediocre. Having said that, Golwalkar is important not as an original thinker but because his ideas influenced the RSS and its affiliates for a long time. But in terms of a more complete view of the Hindu nationalist project, V.D. Savarkar still remains the definitive thinker among all his twentieth-century contemporaries.

According to the ICPR, a “major thrust of [Golwalkar’s] views was rejection of communist-socialist-capitalist ideology and revival of ancient Indian ideas and ideals which are not antagonistic to universal well-being, though they are full of patriotic fervour.”

The ICPR itself is a Soviet-style body that serves no purpose and ought to be disbanded efficiently and quickly rather than spending time furthering the banalities of the regime and ideology that they periodically serve. As for the quote about the major thrust of Golwalkar’s views, it is a political statement that anyone ought to be allowed to make as long as there is freedom to make a similar and equally forceful statement against Golwalkar and his ideology.

In your book you have traced the European lineage of his views on the nation. Could you explain?

Modern nationalism is a Western idea. All Indian nationalists were influenced by some strand or the other of nationalism. Some of them added their inputs to the idea and moulded it in creative ways. The religious nationalists, including the Hindu nationalists, drew their inspiration from German nationalism that had a strong element of Romanticism.

The ICPR says that Golwalkar “insisted that every citizen of Hindustan is a Hindu and Hinduism is not a cult or creed but a mode of thinking and way of living.”

The sooner we abandon this ‘way of life’ argument the better it would be for all of us. This is because the phrase ‘way of life’ hides within it a political question: whose way of life? Certainly not everyone’s way of life? Hence, those who wield power, force, domination and the instruments of violence will impose a way of life in the name of the nation.

What does this kind of equation of Indian with Hindu mean in philosophical and political terms?

Its meaning is political and political alone. Philosophically it means nothing.

Would you consider Golwalkar’s views and writings “philosophy” as such? Is an institution ostensibly dedicated to the study of philosophy the appropriate forum for such a seminar?

He is not a philosopher. He wrote on political and social issues. But one would have to stretch the definition of ‘philosophy’ to consider him one. May I say that Golwalkar never claimed to be a philosopher. Even the RSS thought some of his works were significant for the organisation and for defining nationalism but never thought of him as a philosopher. So, the immediate problem lies with the ICPR.

Are you surprised that the ICPR is holding such a seminar?

You have used the phrase ‘terrifying vision’ for your book on Golwalkar and the RSS. The common belief is that what is most ‘terrifying’ about Golwalkar is the adulation of Nazi ideas of race purity and ethnic cleansing that found expression in his early book, We, Or Our Nationhood Defined, (and which the RSS has repudiated as the work of the ‘young’ Golwalkar before he became sarsanghchalak). However, your book’s title draws on the ‘mature’ Golwalkar and his writings, including the 12 volumes of his Collected Works. Could you tell us briefly what you mean by his ‘terrifying vision’?

It is terrifying because it has no place for modern democratic politics. His vision is that of an ascetic who has no inclination for the ordinary and the mundane. It is a view that wishes to mould people into perfect human beings. For a lot of people, that might, indeed, be the aspiration after life in this world is over. But for most people, life is a struggle to live with our respective imperfections and not let these, except in extreme cases, come in the way of excluding or dehumanising people. It is also terrifying because there is no place in it for compromise, conversation and disagreement. He thought he had seen the light. But he was not an original thinker.